The training is supported by an extensive free enrichment programme as part of the course, namely Fourth Monkey’s Evolve programme of professional development training. MA Collaborative Theatre students have the opportunity to develop their acting, movement and performance skills alongside their core MA training as part of this extensive programme of subsidised acting classes.

This course aims to create and launch industry-ready, interdisciplinary collaborators who are knowledgeable, trailblazing and entrepreneurial. With the capacity to initiate, create, produce, and business manage, ground-breaking and innovative new works from conception to delivery.

Fourth Monkey commit to meeting everyone who applies to train with us at audition. Information about Fourth Monkey Application, Audition & Offer requirements and processes can be found on our Auditions Page.

As part of an application for the MA Collaborative Theatre, all applicants are required to submit a link to a short portfolio piece or presentation (maximum 3 minutes in length). This submission should give an insight into the applicant as a creative, performer and/or theatre maker, showcasing their creative process, experience, and engagement with the chosen medium, materials, and discipline.

MA Collaborative Theatre applicants are also required to submit examples of previous performance and theatre experience, and space is provided for this on our online application form.

Our panel will then use applicants’ portfolio submission and details of any previous performance and theatre experience as the foundation for one-on-one interviews as part of the audition process.

Admission onto the MA Collaborative Theatre is by Audition.

Upon completion of a successful audition, to accept any offer to study made by Fourth Monkey, you must register and satisfactorily adhere to the Admissions Policy of our Awarding Partner, Falmouth University prior to the completion of enrolment for the course.

If you have any questions regarding Entry Requirements, please do get in touch with our friendly Admissions Team.

In short, the MA Collaborative Theatre is a supported and intensive year-long Research and Development process for the next generation of makers, who graduate into the industry with a ready-made collaborative project equipped to showcase and launch their careers.

An industry-bridging training course, Fourth Monkey’s MA Collaborative Theatre has been designed to provide aspiring performers and artists from a variety of disciplines and diverse educational backgrounds, with an opportunity to explore and evolve the specific skills required for the professional contemporary collaborative theatre making sector; as well as to meet and make connections with like-minded creatives with whom they can make work and form fledging theatre companies.

Working within an ensemble training environment, students receive holistic training in the processes and practices necessary to establish thriving, fledging theatre companies, aimed at empowering a sustainable career as an artist and theatre maker after graduation. Through the course of their postgraduate training, students discover the history and theory behind collaborative theatre making, take part in practical sessions exploring technique and texts and developing professional practice, such as professionally pitching and presenting creative ideas, and revising and reviewing through an R&D process. The culmination of training on the course will be a full production of the students’ own original work in a professional performance setting.

It’s training as it should be

MA Collaborative Theatre students work alongside renowned national and international theatre practitioners and companies, collaborating with artists and creatives from a wide range of disciplines, and exploring the various ways of making and sharing professional work. Practitioners and creatives who have previously worked with our MA Collaborative Theatre students include, Song of The Goat’s Alicja Bral, IROKO Theatre Company founder Alex Oma-Pius, Japanese Noh Theatre practitioner Sachi Kimura Lawson and Peter Brook Ensemble collaborator Sean O’Callaghan. The Course is led by Paloma Oakenfold, an established maker and director in their own right and Co-founder of BareFace Theatre. 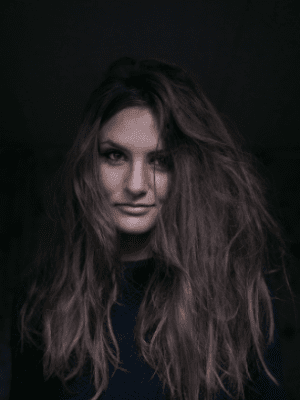 Paloma is a theatre maker, performer and teacher from Bristol. As a performer, she is the co-founder of BareFace, an anarchic collective of disabled and neurodiverse actors whose shows have toured to the Kings Head, Watford Palace, Pleasance, Underbelly Edinburgh and Vault festival, and as a teacher and educator, she has previously worked as Associate Dean & MA Course Leader at ALRA, an Acting tutor at Arts Ed and as a Yoga teacher at Villa Lena.

Paloma is a UK member of the Fringe Wives Club. Their show has won multiple awards including Mervyn Stutter Spirit of the Fringe Award at Edinburgh Fringe, Best Cabaret at Adelaide Fringe, and the Moose Head Award at Melbourne International Comedy Festival. Her personal acting credits include E4’s ‘Chewing Gum’ and the Showtime series ‘The Borgias’ (Dir. Neil Jordan), and she has worked as a Creative Enabler on Faith, Hope and Charity (Alexander Zeldin Company in association with the National Theatre/ Odéon- Théâtre de l’Europe/ Wiener Festwochen).

MA Collaborative Theatre students have access to Fourth Monkey’s Evolve programme of masterclasses, weekend intensives and short courses, aimed at providing additional professional development opportunities for creatives and performers with opportunities to meet likeminded artists outside of the training studio.

Professional theories which have shaped the emergence of collaborative theatre-making historically, internationally and across the contemporary industry will be investigated through embodied practice, seminar and collaborative work. Throughout the training, students are expected to work practically in the studio to explore the processes and methodologies laid down by the leading collaborative practitioners within the world of performance whilst constructing their own embodied knowledge and understanding in the process.

Drawing on the work in the Theory & Practice module of study, students are afforded the opportunity to create and produce their own original work from conception to delivery, flexing their own creative muscles inspired by those who have gone before.

Practical training and professional practice alongside extensive seminars and project-based learning relating to; production, project management, directing, design, marketing and funding, expand and augment the student experience and knowledge whilst enriching their understanding and experience of the process of creative collaboration. These are fundamental to the holistic approach on the training programme and ensure we are supporting the development of fully-rounded and sustainable artists of the future.

Synergising their learning to date, MA Collaborative Theatre students proceed to rigorously explore their collaborative process toward performance. Research activity enables students to identify, investigate and evaluate a diverse range of source materials and embodied physical practice as they work toward a short R&D presentation of their newly-formed project.

The training journey on this course will be unique to each student, through these interdisciplinary methodologies’ students will identify connections between theory, practices, approaches and production to form their own unique professional practice, commencing the process of alchemising their learning in the creation of their own original work.

This is what we call The Alchemy.

Working as a Functioning Company on their final project the students engage practically to undertake production and performance roles which contribute to the realisation of their professional performance piece; a new piece of work that tours to multiple venues and both industry and public audiences in London and the Bristol.

This final module is an intensive and extended student-led creation project supported via a mentorship team of professional artists, who support and guide the company through the process of creative interrogation toward the ultimate artistic realisation of their work from R&D to full production, culminating in the performance of original work in a professional performance setting in front of an invited industry audience of artists, collaborators and programmers. The final production is presented with a view to the onward progression of the students’ fledging work toward the professional world.

Students are also afforded the opportunity to build professional networks alongside further developing their own understanding and embodiment of the concepts, contexts and principles of contemporary collaborative theatre making via Fourth Monkey’s Evolve programme. This Continuing Professional Development programme provides opportunity to experience additional range of professional development practices: acting and performance workshops, guest-led masterclasses and industry seminars and Q & A sessions.

This course has a full time (one year) and a part time (two year) option. Both pathways are equally constructed to empower each student to take ownership of their training and in part, design a personalised training journey borne of their own areas of interest and developmental needs, yet still retain the core framework of structured modules focused on providing a generous, creative ensemble theatre making environment.

The full-time option will allow you to engage intensively and holistically with your training, as its momentum and acceleration promote a fully immersive and concentrated experience. The part time option will allow you to engage with more flexibility, space and life balance, as your training extends across two years and the study load reduces to suit those with professional or family commitments.

Fourth Monkey’s training has always been focused on equipping students with the skills and knowledge necessary to establish a sustainable career in the arts, create original work alongside traditional performance routes into the industry and the majority of our alumni have successfully gained agent representation upon finishing their training with us.

An ever-increasing number of Fourth Monkey alumni are empowered to use the theatre making skills gained during their training to form fledging theatre companies with their classmates, going on to create and produce their own projects both here in the U.K. and internationally. Our Alumni also regularly collaborate with established, internationally renowned companies such as Punchdrunk, Frantic Assembly, Theatre Re, Les Enfants Terribles and Action to the Word.