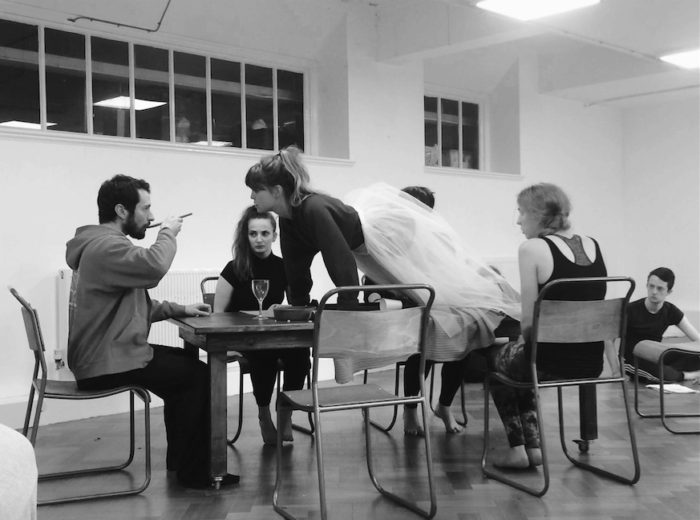 The unspoken sentiment that underpins all of Fourth Monkey’s work is a unity between its actors – a quality which rests at the core of all ensemble theatre work. No less is true of ‘Sodom’, written and directed by Ami Sayers. A play which unpicks the violent, sexual and familial dynamics of the Old Testament through a contemporaneous examination of the destruction of Sodom, and indeed of the family of Lot, ‘Sodom’ does not lack an address for difficult and taboo themes.

How, then, does a diverse cast of actors begin approaching a script such as this one? Fundamentally, it begins as all rehearsals must: with a physical and vocal warm up. A critical part of the rehearsal process, the cast meet at the beginning of each rehearsal to participate in company warm ups. These can take various forms, owing to the expectation that members of the cast shall alternate who leads these warm ups day-to-day. There is a reflexive, two-fold benefit to this style of warm up: the company begin the day together, as an ensemble, rather than coming from different corners to cold read what has proven – as it promised – to be a challenging play. We unite from the offset to engage with the impending workload. We also give the floor to one another to lead the warm up, and demonstrate an individual respect for each actor throughout the rehearsal process by trusting them to help prepare us as a company for the day ahead. The director’s insistence upon this style of warm up is consistent with the challenges that the cast comes up against throughout the day. 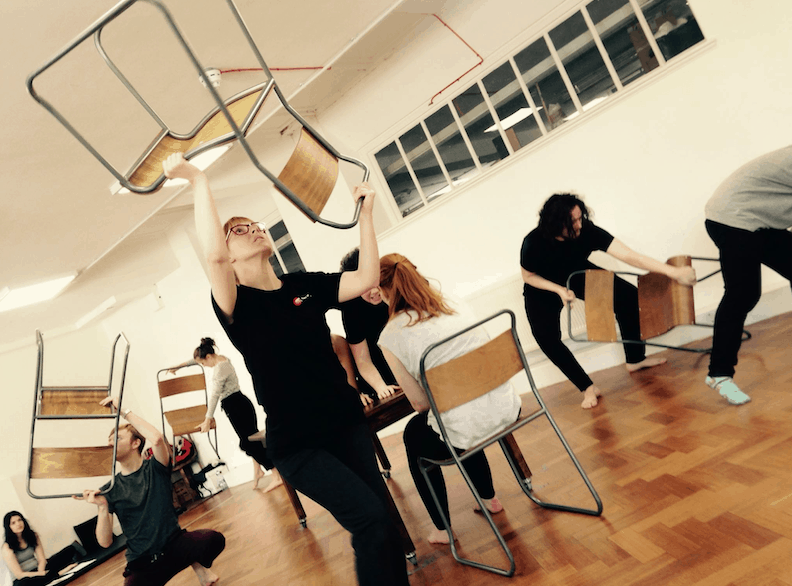 ‘Sodom’ operates in a pervasive space between Biblical allegory and issues that bring their weight to bear in modern society on a daily basis, whilst including a Greek-inspired chorus which provides commentary throughout the play on these issues. Add to this the fact that two separate casts occupy the rehearsal room, in anticipation of alternating performance nights in Edinburgh, it might be entirely too easy for the individual voice to be lost in the process. Ami Sayers ensures that this is not the case, beginning with entrusting the cast to lead ensemble warm ups, and consulting actors and casts separately on the mood and mentality with which they (the actors) and their characters are approaching each scene throughout the rehearsal process. In ensemble spirit, it is commonly the case for everybody to be in the rehearsal room at once to participate in the development of individual scenes, but times are set aside throughout the week for individual scenes and smaller sets of the cast to play and explore within their scenes in intensive sets with the director.

The multi-temporal nature of the ‘Sodom’ storyline means that everybody within the cast shares the stage with every other cast members at one point or another within the play. Simply by running our scenes, a sense of ensemble is being developed by the amount of time we are spend rapidly burning through our fuel reserves on stage. If blood, sweat and tears are the key ingredients in producing an intense piece of theatre, no actor in ‘Sodom’ has not contributed their share. If it would have been possible to run the early rehearsal process in smaller sets without needing the entirety of both casts in the rehearsal room at once, the director has done right by the spirit of the ensemble by insisting on the opposite.

Ami Sayers declared early in the rehearsal process that there would be a minimal use of props and set. In a play where the timeframe and location of the action is rapidly shifting in one direction or the other, we are reminded that it is during these transitions that actors must be working their hardest to hold the audience’s engagement. It must be mentioned that throughout ‘Sodom’, a theme exists of domestic and protected spaces: shelter and safety versus the dangers of exposure to society and to the sky itself. Naturally, the combination of these things has led to many hours being spent in examination of the physical transitions between scenes, ensuring that the clarity of the storytelling remains pristine.

For this reason more than any other, the cast not rehearsing their take on the scenes become valuable for examining the movement and clarity of what their partner cast is developing for these transitions. The actors sharing their role with one another are by no means in competition: on a smaller scale than the entirety of both casts, they are in complete co-operation. Double casting does not aim to provide two replica takes upon the play, yet it provides actors an opportunity to objectively review their staging. This is a fascinating chance for actors to understand their own blocking from the perspective of the audience on day 1 of the rehearsal process, and throughout. In true ensemble spirit, we do not double our problems by double casting; we minimise them. 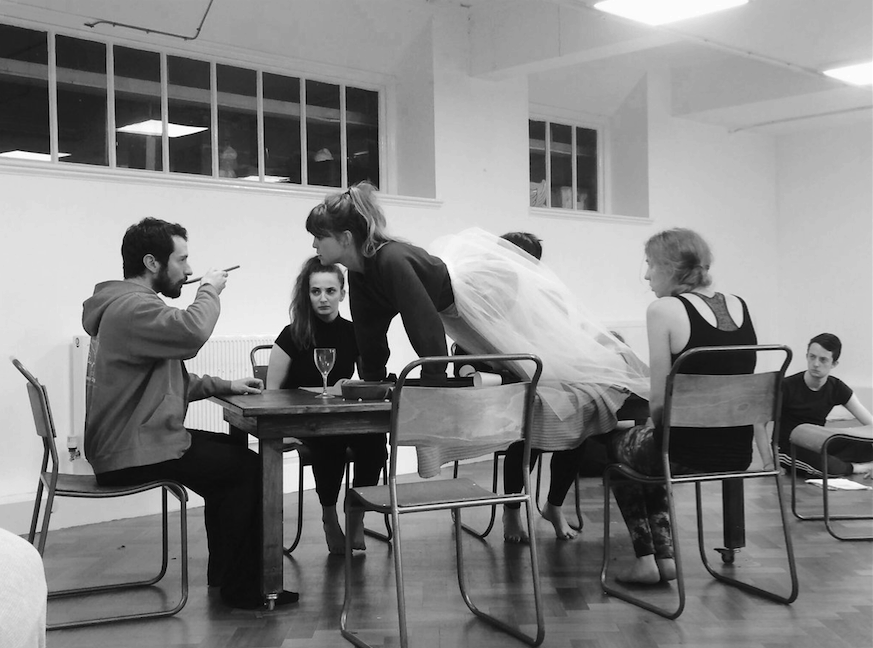 And so we press on, a sizeable group of people sharing a play and a rehearsal room, supporting one another – and so, by extension, ourselves and our development – through a rehearsal process in which we are handling challenging and age-old themes of gender and society on a daily basis. Supported by our director, by our stage manager, and by one another, there is no sense of creative loneliness or artistic exile in the highly collaborative nature of the rehearsal process still underway for ‘Sodom’, written and directed by Ami Sayers. Anticipating our month-long run at The Space at this year’s Edinburgh Fringe Festival, the rehearsal process continues!