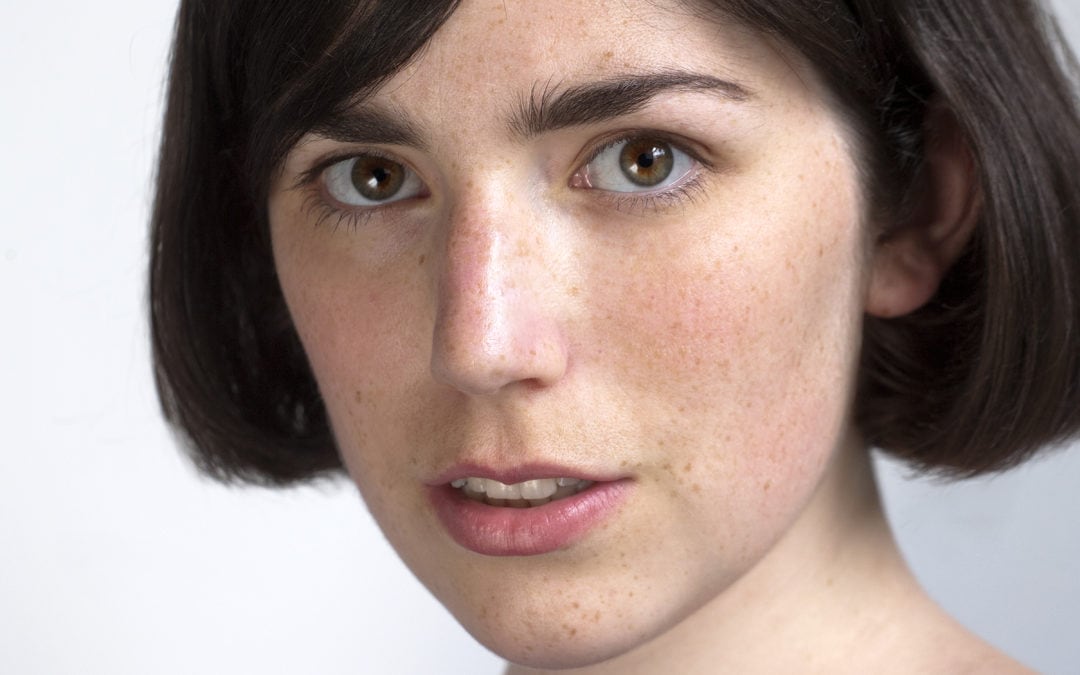 Each fortnight, we’re offering you some Monkey Motivation, in the form of interviews with our alumni.
12th November 2018

This week we spoke to Sadie Clark, graduate of the Two Year Rep programme (2014-16) about writing her own show and selling-out the Soho Theatre.

Tell us a little bit about what you’ve been up to since graduating from Fourth Monkey
Well it’s been a while since I graduated so I’ve done quite a range of things! I think the first few years post graduation are all about experimenting: seeing what you like, what you’re good at, what you’d like to try more of. I did the usual Fringe Theatre jobs and short films but I also tried to make my own work with my peers.

Finding improv in 2016 was a game changer for me. There’s this electric feeling when you step out to start a scene with someone and neither of you know where it’s going to go, you just know you’re each bringing one ‘brick’ with every offer to build something new together. I love the freedom it gives you, to play anyone and anything. I’m also convinced it’s made me a better actor and writer, and there’s no doubt it’s helped me with auditions – particularly commercial ones. I perform regularly with my team ‘The Right Kind of Trouble’, and my double act ‘A Little Bit of Tender’ around London.

In 2016 I also co-found About Wolves Theatre Company. We took our first show Someone Found to the Pleasance, and I then wrote and directed our second show Orgasm which was at Camden People’s Theatre. I’ve also produced all the work we’ve created and I’ve found it’s a really useful skill to have, particularly now when lots of people are having to be writer-performer-producers to get their work made.

The last year I’ve been developing my writing skills on the Soho Theatre Writer’s Lab, alongside other acting jobs. 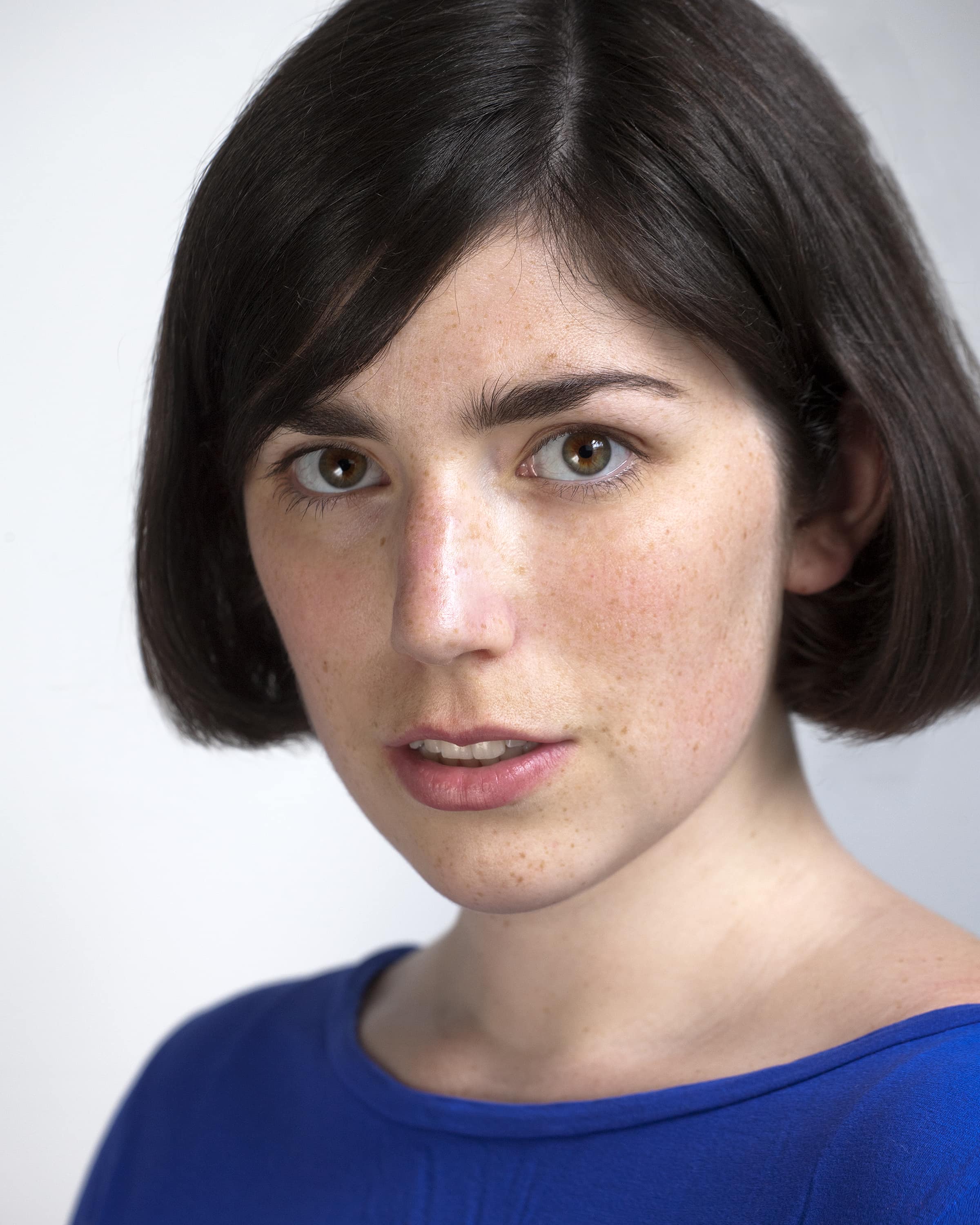 What is the project you’re currently working on?
I’m currently developing my first one-woman play Algorithms. It’s ‘a bisexual Bridget Jones for the social media generation’ which follows Brooke, an algorithm writer at an online dating site, who’s about to turn thirty, when everything in her life seems to go tits up.

It’s a tragic-comic piece for anyone who’s ever wondered why they feel so lonely when connecting with other people is meant to be easier than ever in this online age. It also explores the worries and insecurities we can feel when comparing our lives with other people’s ‘Social Media lives’ (i.e. the version of themselves people choose to present online).

I began developing it on the Soho Theatre Writer’s Lab and it was long-listed for Soho’s Tony Craze award.

What inspired you to write the script?
In essence, I wanted to write a bisexual character. I felt strongly that had I seen more bisexual characters in pop culture growing up, I would have realised I was bi- much earlier in life. I was also adamant that my character’s sexuality wouldn’t be used to create conflict that drives the narrative arc – so often we see a struggle with accepting a lesbian/gay/bi/queer person as the way to create drama. I was interested in a character whose sexuality was pretty incidental to the story line.

After that, I started to think about what sort of issues I wanted to explore, what did I want to say with my piece? I found myself thinking about how much time I spent on my phone, on social media, and thinking about how constantly comparing myself to the lives of other people I was only seeing online was negatively impacting my mental health.

I’d also gone through a break up about six months before I started writing the script and I was feeling quite lonely, but totally dreading the thought of returning to online dating, so that certainly influenced what I ended up writing.

Can you tell us a bit about the process of creating a one woman show?
I began by writing things down that had happened to me, or things I’d observed, that I found funny or interesting or depressing. I started to always have a notebook on me so I could jot down ideas.

I feel like I was lucky to have the Soho Writer’s Lab to guide me through the process of writing my show, but I also read John Yorke’s ‘Into the Woods’ which was really useful in terms of learning about the structure of stories. Once I started to think about how the bits of story I already had down might fit into a structure then the other bits that needing writing came quite easily.

One thing I’ve found interesting is that people assume if it’s a one-woman show then the whole thing is your life you’re writing, that it’s entirely autobiographical. Some bits are inspired by people I’ve met, things I’ve felt or things that have happened to me, but as Karen Cogan (writer and performer of Drip Feed) said: “This gendered assumption that woman’s work is a personal stream of consciousness that pours out without imagination or craft is enough now.” I have definitely used my imagination to craft what I hope is a relatable story…

Where will your show be performed?
‘Algorithms’ will be performed at Soho Theatre as part of Soho Rising in December. It’s on at 7pm & 9pm on Wednesday 12 December, but it’s already sold out! If you’re really keen to see it it’s worth ringing the Soho Box Office on 0207 478 0100 as there is a waiting list for tickets. There are also lots of other great shows on in the programme so it’s worth checking out.

What are your plans for the play, following the performance with Soho Rising?
I’m applying to take Algorithms to the Edinburgh Fringe Festival in 2019. Between now and then I’ll be developing the script further and previewing it in London. My hope is that post Edinburgh it will come back to London for a 3-4 week run Off West-End, then maybe it will transfer to a West-End theatre… might as well dream big!

Do you have any advice for young creatives who want to make their own work?
Have a plan and follow through. We’re creatives but it’s useful to be organised, set yourself goals and try to stick to them. You’ve often got to be the driver of your own projects; sometimes it’s hard to self-motivate, so putting deadlines in place where you’re accountable to others can be useful.

Don’t be afraid of failing. I’m a massive perfectionist and this is something I struggle with. It takes a lot to make myself put work out there because I worry about it ‘not being good enough yet’ but you’ve got to take the plunge and do it so that you can keep improving and developing it. Or maybe putting it out there makes you realise it’s not working? Early in my career I felt like admitting something wasn’t working was admitting defeat, or that walking away from something I’d put loads of work into because it didn’t feel right anymore meant I’d wasted my time. Now I’ve learnt that those experiences help to shape the work you go on to make, you learn from those mistakes, and often you’ve made useful contacts along the way.

Believe in yourself and what you’re doing. I know that probably sounds like one of those annoying Instagram motivation quotes but honestly I think this is one of the most important things I’ve had to learn. I feel like I spent a lot of time not doing things because I was worried I would be rubbish or worried that no one wanted to hear what I’ve got to say. But if you write/create from the heart and gut I think you end up creating something authentic, and people want to see authentic stuff.

Follow @SadieLeylaClark or visit www.sadieclark.co.uk to stay up to date with her news