Our drama school training is designed to equip our students and alumni with the necessary skills to devise and develop their own creative work and opportunities, both independently and collaboratively with other performers and theatre makers.

Preceding a five-night run of their latest piece, Six Serpents and a Tarantula, at The Hen & Chickens Theatre, Fourth Monkey alumni and Old School Players’ founders Maryanna Clarke, Stella von Koskull and Benedetta Scuto take a moment to reflect on what inspired them to collaborate and form a theatre company after completing their training with Fourth Monkey. They also call on some of the Six Serpents cast, (Eliza Jayne Gilroy, Imogen Read, and Lucy Millett) to talk about the themes within the piece and the story it tells.

Old School Players are merely Players; Strutting and Fretting our hour upon the stage. We Abide at The Old School, a performance venue in Dorset. 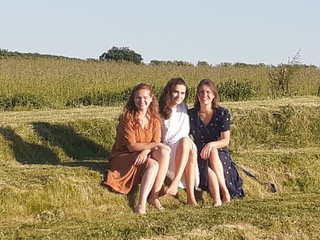 Firstly, introduce yourselves – tell us about your backgrounds, training and how you all met!

Old School Players was founded by Maryanna Clarke, Stella von Koskull and Benedetta Scuto. In making Six Serpents and a Tarantula, Maryanna and Stella have collaborated with Eliza Jayne Gilroy, Imogen Read, Jessica Mattarelli and Lucy Millet. We all met at Fourth Monkey Drama School where we graduated from the Two-Year Rep training course (now the BA (Hons) Acting Accelerated Degree) in 2020.

Can you tell us about the initial inspiration behind Old School Players, as well as what attracted you to collaborating with each other after you graduated from Fourth Monkey?

Bendetta Scuto: Finding ourselves isolating together during the first lockdown, it was inevitable and urgent to create some beauty in a moment where beauty wasn’t remotely contemplated.

Stella von Koskull: It was the silver lining that came out of the first lockdown. Fourth Monkey closed just before we were about to perform our first public show and we found ourselves isolating together in Dorset. Three actors isolating together at The Old School became Old School Players! We were itching to perform live again so as restrictions began to ease just a little bit, we adapted and performed our first play – Tom Stoppard’s radio play On Dover Beach – to an outdoors theatre-starved-and-hungry audience in rural Dorset. Not long after, we put on Afterplay by Brian Friel and when we returned to school in November to finish our actor training, we were already a company. 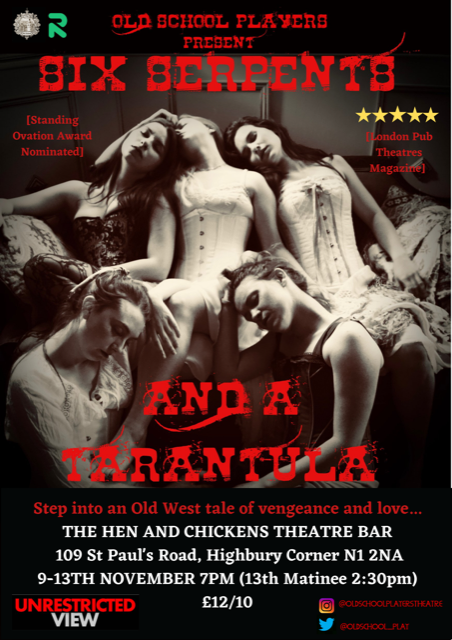 Is there anything that you have found particularly surprising, interesting, or even challenging about working collaboratively and about creating your own theatre company?

SvK: The power in saying yes to everything. Creating a theatre company itself has surprised me – that we said we’d do it and here we are! Challenges include getting known and creating a presence in the theatre world, but persistence is key.

BS: Always voice your opinion, you have each other. There’s so much you can create together even in a small amount of time. Everything is worth trying. Before shutting down ideas, explore, be open, broaden your horizons.

Can you give us a brief overview of Six Serpents and a Tarantula? How has the piece and its central themes evolved over time?

Imogen Read: Six Serpents and a Tarantula is a true Wild West tale. However, in our re-telling, five brothel girls reclaim the story of the “Woman in Blue” (Belle) – what happened to her, and how she took her revenge. The piece’s main themes are revenge, redemption, survival, love and, over time, we’ve really strengthened and highlighted the role of women during this period –  something that is frequently overlooked.

Lucy Millett: A central theme is the pressure on men to be strong and macho during the Wild West era. In contrast, we also have women supporting women – the brothel girls supporting Belle in telling her story.

Maryanna Clarke: My initial framing device for the play was one of the male characters, Bill. His real-life letter was found relating the events of the story and I wanted to emulate this in the text. However, perspectives like Bill’s (men’s perspectives, men’s narratives) that have been telling or driving 99% of the stories from the Western Frontier since the genre was born, and the brothel girls’ story and narrative were clamouring to be heard. We wanted to listen to them more.

Eliza Jayne Gilroy: The theme of domestic abuse within the play also took on a sobering new significance as we began rehearsals in lockdown with domestic violence rates rising. We were so proud to partner with Respect UK, a pioneering domestic abuse organisation who are developing safe, effective work with domestic abuse perpetrators, as well as male victims and young people using violence.

MC: Respect’s work is essential in a different way to Refuge or Women’s Aid in tackling the root of the problem – namely, the perpetrator of violence. Both types of organisations are essential, but Respect’s work really struck a chord with me as I felt it was important to depict the violent character, William Gallagher, neither as a villain nor a misunderstood product of his environment, but as a human, as culpable as he is set up for failure, much like many men are today. Organisations like Respect have the power to break that cycle, which is why we were keen to partner with them on this piece. 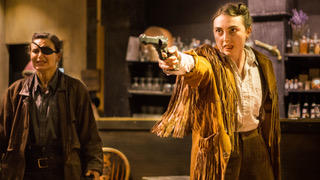 The piece features an all-female cast sharing a story of the Old West, a world typically narrated by men. What inspired you to tell this story from this perspective?

MC: In 2017, I worked on a ranch in Wyoming, just a few miles from the graves of the Woman in Blue and the men who loved her. Living in their world, a dusty wilderness, as well as visiting their graves and reading their letters made their ghosts feel very close.

I have always thought the Wild West epoch was extremely poetic and romantic, and the thought of bringing these people back to life with my words made my hair stand on end! The language is beautifully expressive, too. It’s been a joy to write and resurrect such powerful figures, challenging the stereotypes of the genre and highlighting issues still faced by so many women today. However, I was keen to avoid putting the Woman in Blue on a pedestal or making excuses for her, any more than I would Lady Macbeth or Medea. In a male-narrated world that seeks to suffocate her, her only way out was to embrace violence or darkness – it’s the only power available to her. This is her triumph and her tragedy. You don’t get to see or understand that from a male perspective.

What advice would you give to anyone who is thinking about starting their own theatre company?

BS: It’s not all about creativity and making art. A lot of the work will involve administration and producing. There are a lot of doors you need to knock, some of which will answer and some of which will not, and then something miraculously will start to open up to you, and you’ll start getting some positive responses to your questions and planning. There’s also a lot of planning ahead and taking into consideration the full spectrum of all possibilities and outcomes to make things such as staging a production or sharing a narrative happen. Then, actually making art is the fun part!

SvK: As with most things in this industry, there are rules but there are no rules. My advise is to trust yourself – everyone does things a different way, so if you don’t operate like other theatre companies, it doesn’t make you and your collaborators any less worthy. In fact, it’s brilliant and different! As Benedetta said, don’t get put off by the admin. It will fuel the fun eventually. 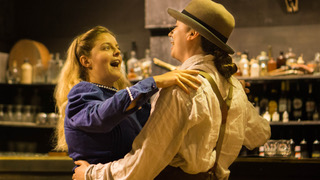 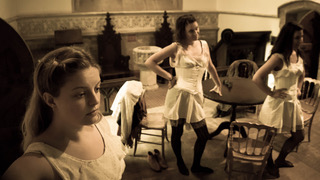 Finally, how do you think your training at Fourth Monkey has inspired or influenced your work as a theatre company?

SvK: We were always encouraged to make our own work, and to devise and collaborate – not just thinking about “acting”, but about dramaturgy, structure, marketing and pitching etc as well. These skills have definitely been hugely influential in the creation, and success, of Old School Players.

BS: At Fourth Monkey, we had the chance to study under the guidance of very inspiring practitioners and theatre makers such as Rich Rusk and Guillaume Pigé (Theatre Re) who taught us different techniques as well as giving us a lot of theatre devising training. If you have the ambition to become an actor and a theatre maker, Fourth Monkey really gives you the tools for this, both from an artistic and practical perspectives.

Six Serpents and a Tarantula will be performed at The Hen & Chickens from  Tuesday 9th to Friday 13th November – learn more and book tickets here.

Thinking about drama school training? Learn more about what our alumni go on to create after graduation, plus check out more Monkey Motivation from a selection of Fourth Monkey alumni, here.