If you are thinking about applying to audition for drama school, our series of Monkey Motivation conversations with some of our Two Year Rep and Year of the Monkey Alumni are a great way of gaining a first-hand insight into what it is like to train at
Fourth Monkey.

In this latest Monkey Motivation conversation, we spoke to Nim McQuin, a recent graduate from the Monkey House and a member of our Class of 2020 ensemble. Nim trained on the Two Year Rep course at Fourth Monkey (now the BA (Hons) Acting degree) and was one of two students to be awarded a bursary for her Experimental Fringe submission during her time at the Monkey House. 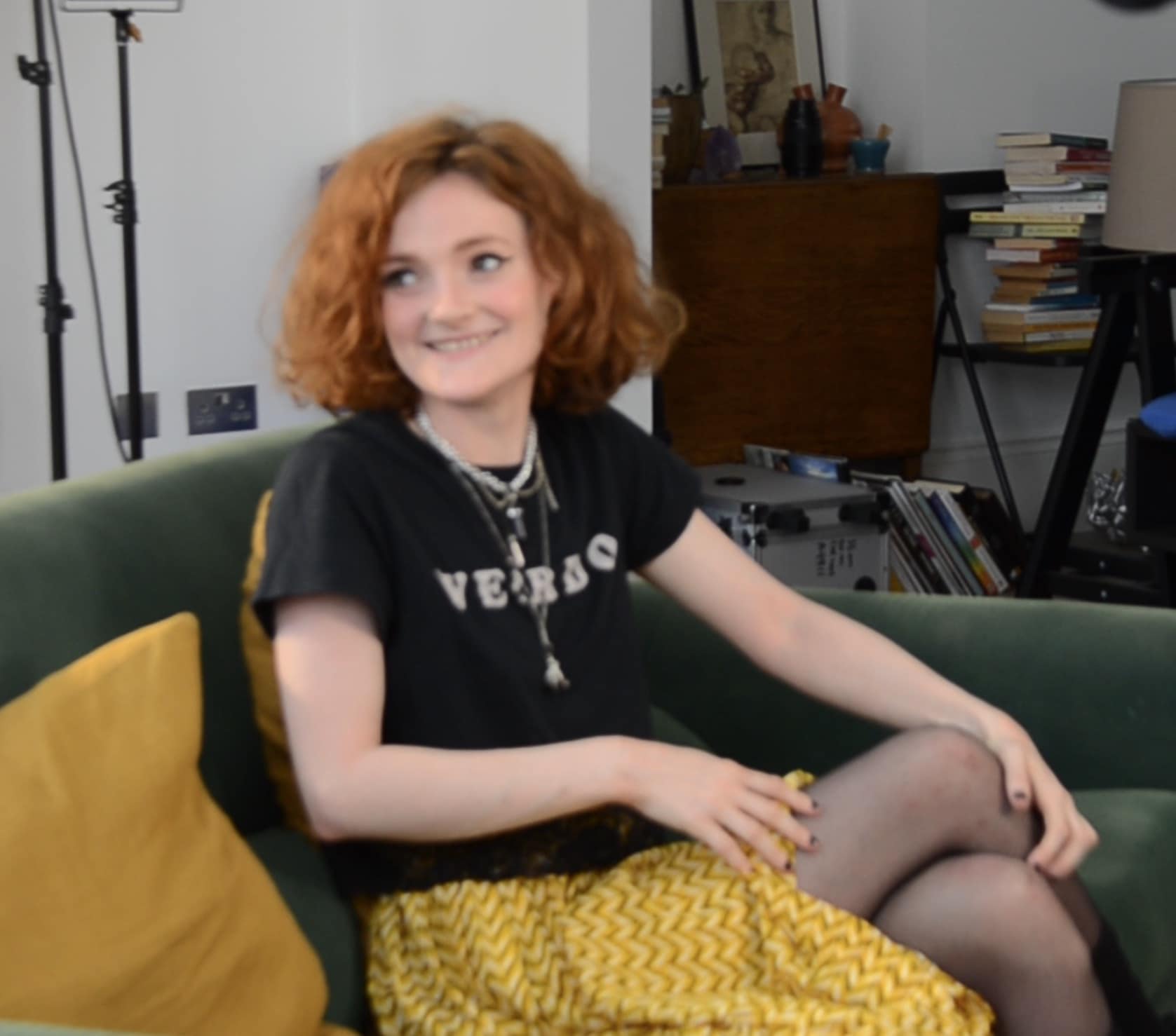 Introduce yourself! Tell us your name, what you studied at Fourth Monkey plus a little about your background.

My name is Nim McQuin, and I was part of the Two Year Rep ensemble from 2018 to 2020. Prior to Fourth Monkey, I was living and working in Bournemouth, performing in pantomimes in schools all around Dorset and doing as many student films as I could fit into a week.

What was it that appealed to you about Fourth Monkey and why did you choose the Monkey House for your actor training?

I kept hearing about Fourth Monkey through various people for years, and I would visit the website and imagine myself there in London attending rehearsals and working physically and then I’d click off the website thinking it was a ridiculous dream. I always thought it sounded like a place that you could call home, maybe because it had been in the back of my mind for so long, but when I arrived for my audition (which I finally found the courage to apply for in 2018) I really did feel like I was home in a way. I am so aware of how cheesy that sounds, but it is very much the truth in my case! 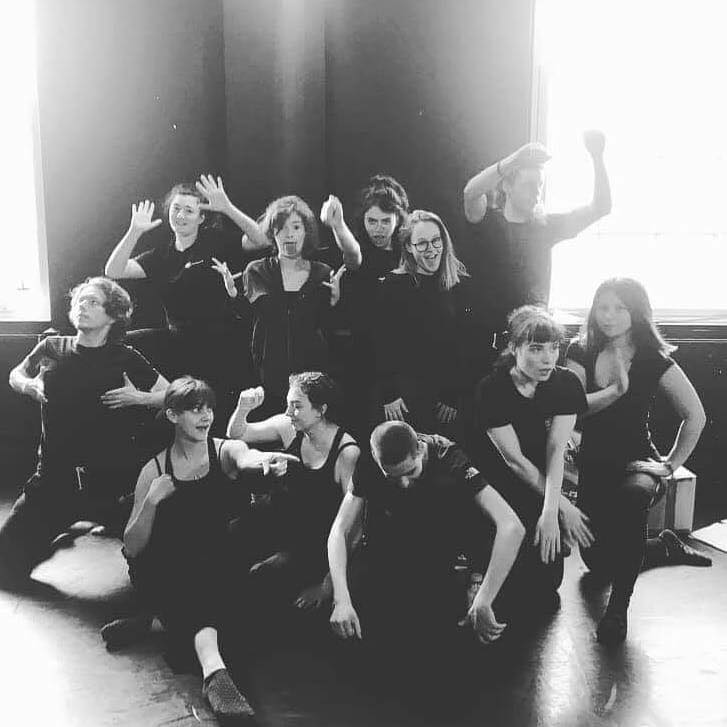 Can you tell us a bit about your audition day memories and what made the Fourth Monkey audition day experience stand out?

When I was 18 I did the rounds applying for drama schools, however I became a bit disillusioned with the whole process. Each audition cost money, sometimes up to £45 (if I remember correctly) and you didn’t have a very long session in return for this.

I was also an anxiety ridden 18 year old, and my parents would help me travel to and from London – the whole process was expensive and disruptive and I opted for University instead, and got my degree in Performing Arts. Then, a couple of years later, I had the urge to apply for drama school one more time, just to one school. The audition at Fourth Monkey was a full day that felt like fun, plus the interview was personal and I felt at ease. I felt like I was really listened to, unlike how I felt elsewhere. Maybe that’s something that came from having five years of growing up behind me, but there is definitely something different about Fourth Monkey.

Ahhh, I have so many! Object exercises in Stanislavski class in our first year that turned into art, the iconic switching of the Hamlet casts with the incomparable Darren Strange. Then, in my second year, getting to literally roll onto stage as El-Fayoumy in The Last Days of Judas Iscariot directed by Ellie Jones and of course finding the confidence to pitch my Experimental Fringe idea Wish Cadets, which went on to be chosen as one of two pieces to be further developed with the guidance of Fourth Monkey following our graduation.

During lockdown, I was given the freedom to create my own Conductor in A Matter of Life and Death (Tim Rice & Emma Morris), which was directed by Alexandra Spencer-Jones and of course, I chose Branwell Bronte to base him on.

My training and the icing on my second year at Fourth Monkey was rounded off by being cast as Richard in Richard III (William Shakespeare), I was directed by Poppy Rowley and I have never felt so alive (and so sexy!).

There have been a million highlights and the reason they have been highlights is because I was supported and encouraged to be my most authentic self, to listen to others and to play! 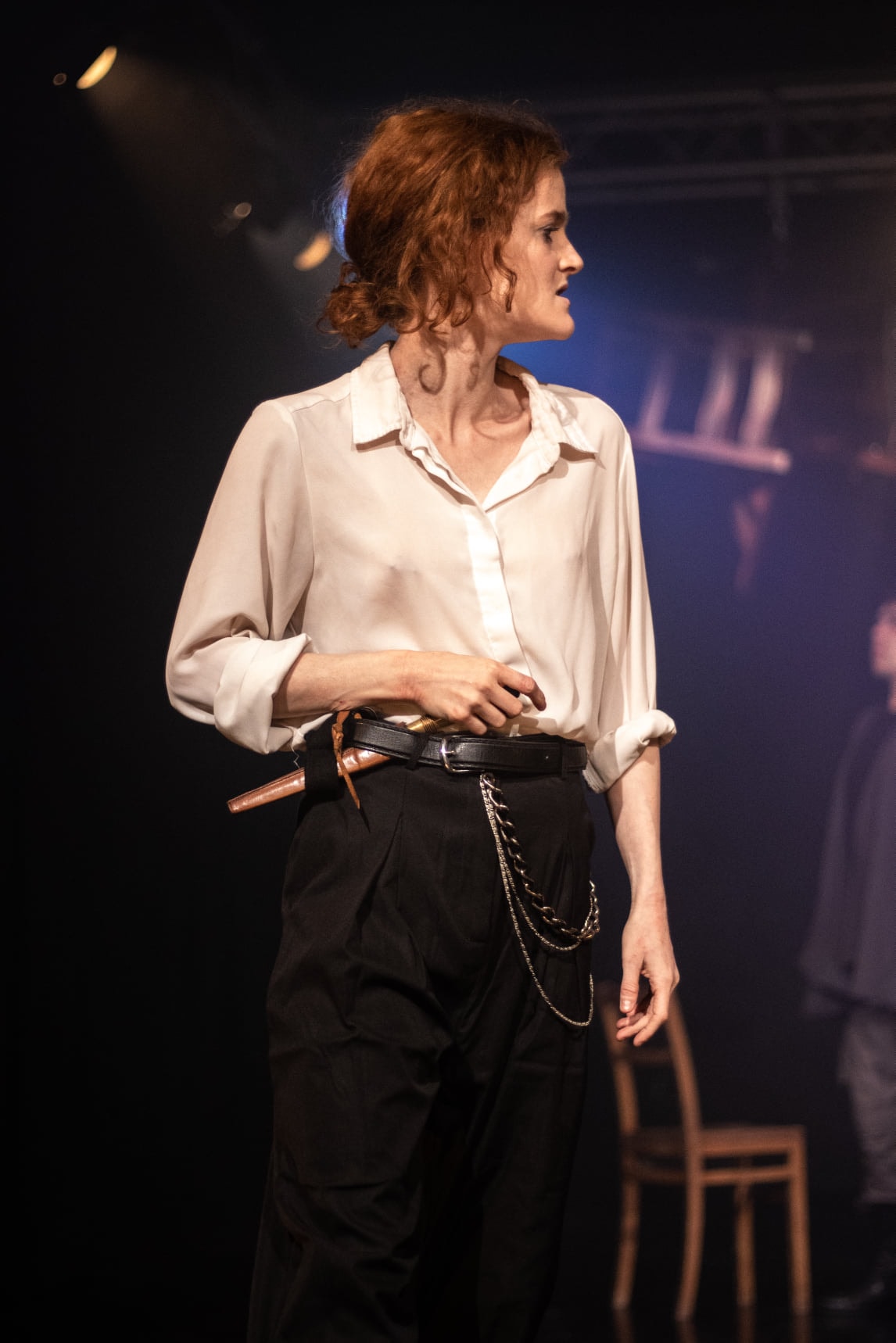 How did your interests or your perceived “strengths” or “weaknesses” evolve during your time at the Monkey House?

For one, I always thought of myself as quite an “in my head” performer and that very quickly melted away when one of my favourite classes became Grotowski with Magda Tuka – suddenly my body wasn’t so foreign to me.

I think, though, the biggest thing was that I thought I was “weak” as a person. I had some quite real struggles throughout the two years and one of the reasons I’m such a big advocate for Fourth Monkey is how, through everything, all the training, all the long chats with different practitioners, the finding strength in the ensemble, I have learned that I am very much a resilient person and that nobody is weak. 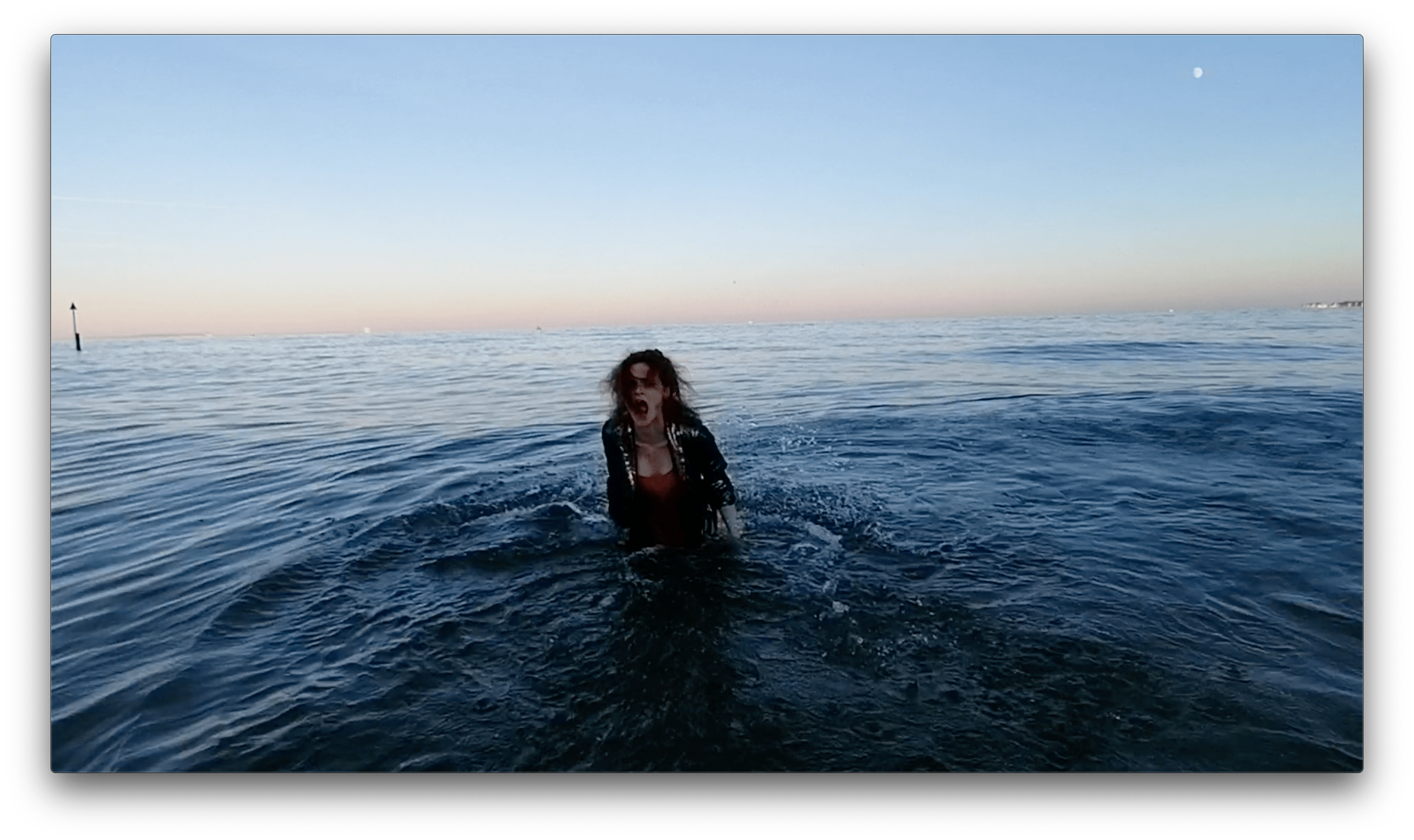 Due to restrictions during the Covid-19 pandemic, your year group created a piece of audio-visual work, A Matter of Life & Death, that was filmed in isolation or via social distancing. What did the challenges of creating this work teach you, and what will you take away from the experience?

Firstly, I was so chuffed with how it came together – it’s exactly my kind of weird and I would love to be a part of a similar process again. It kicked my creativity into gear, I was responsible for my own character, location, filming and I revelled in it. It was another reminder that even in chaos and in adversity, creativity can always blossom (it’s really hard not to be cheesy, isn’t it?). It also helped that I was locked down in Bournemouth near another ensemble member and we got to film a scene in the ocean…

I find this a difficult question because, while I’d love to be specific, I’ve just been unleashed into the “real world” and I’m hungry to work with everyone because I’m so curious about all different approaches and desperately want to meet new people.

However, within my own ensemble there are fantastic theatre makers, actors and movers, all of whom I’d love to collaborate with. It would also be an absolute dream to work with the director Ellie Jones again – I adored the work we did during our American Play Project with her! Another of our directors, Alexandra Spencer Jones, we were only able to work with via Zoom due to Covid-19 and then in a very socially distanced space – it would be wonderful to work with her again perhaps under more ‘normal’ circumstances! And, of course, Poppy Rowley is a bit of a powerhouse, directing Richard III at short notice via social distancing and knowing it would be to filmed with a very small live audience… incredible! 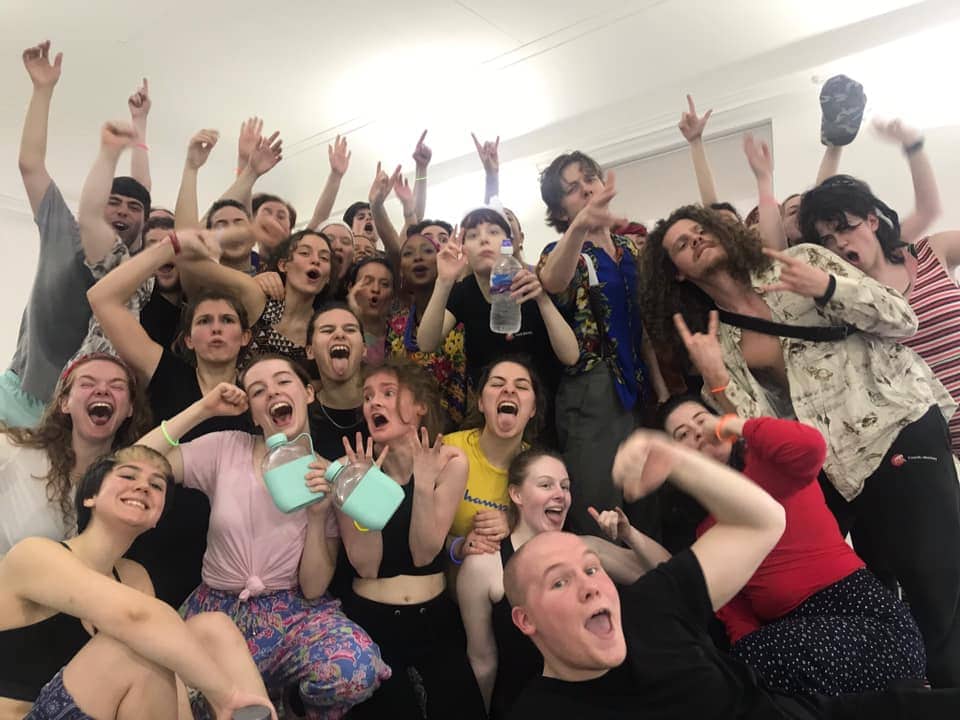 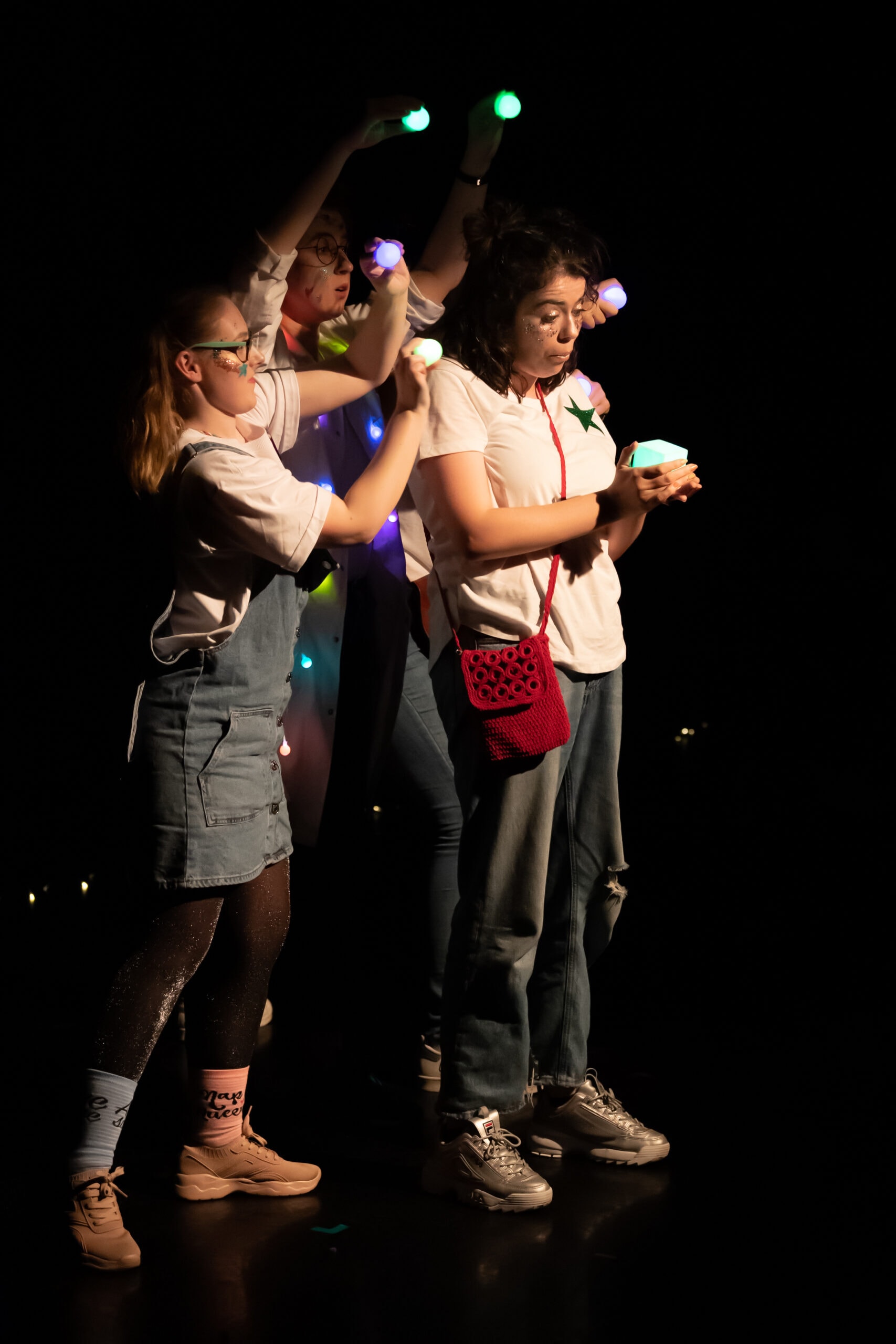 When you joined Fourth Monkey, what direction did you imagine your creative career would take when you finished your training? Has this changed now that you have graduated?

It’s a confusing time to have graduated from drama school, to say the least. When I started at Fourth Monkey, I didn’t know what I wanted to do, I just knew I wasn’t done exploring and training. Now, while I’m definitely still figuring out what I want to do exactly, I know there are so many doors open to me and I feel equipped to walk through them.

For example, I know now that I want to develop my Experimental Fringe pitch, ‘Wish Cadets’ – I had this as a tiny idea for a YouTube series before Fourth Monkey and now I’m researching how to make it into a sensory theatre show for kids and young people. You’ll explore many different paths in your training, and by the end you’ll be equipped for more than you ever thought possible.

What is the one piece of advice you would share with anyone applying to and auditioning for Fourth Monkey?

Be yourself, as you know yourself now. Have a great time on the day (I had so much fun on my audition day and ended up just cracking stupid jokes half the time because that was me!) – they want to get to know you, and equally you should be getting to know Fourth Monkey and seeing if it’s the right place for you! That’s what matters – trust your gut! Oh, and breathe! And… be bold and play! 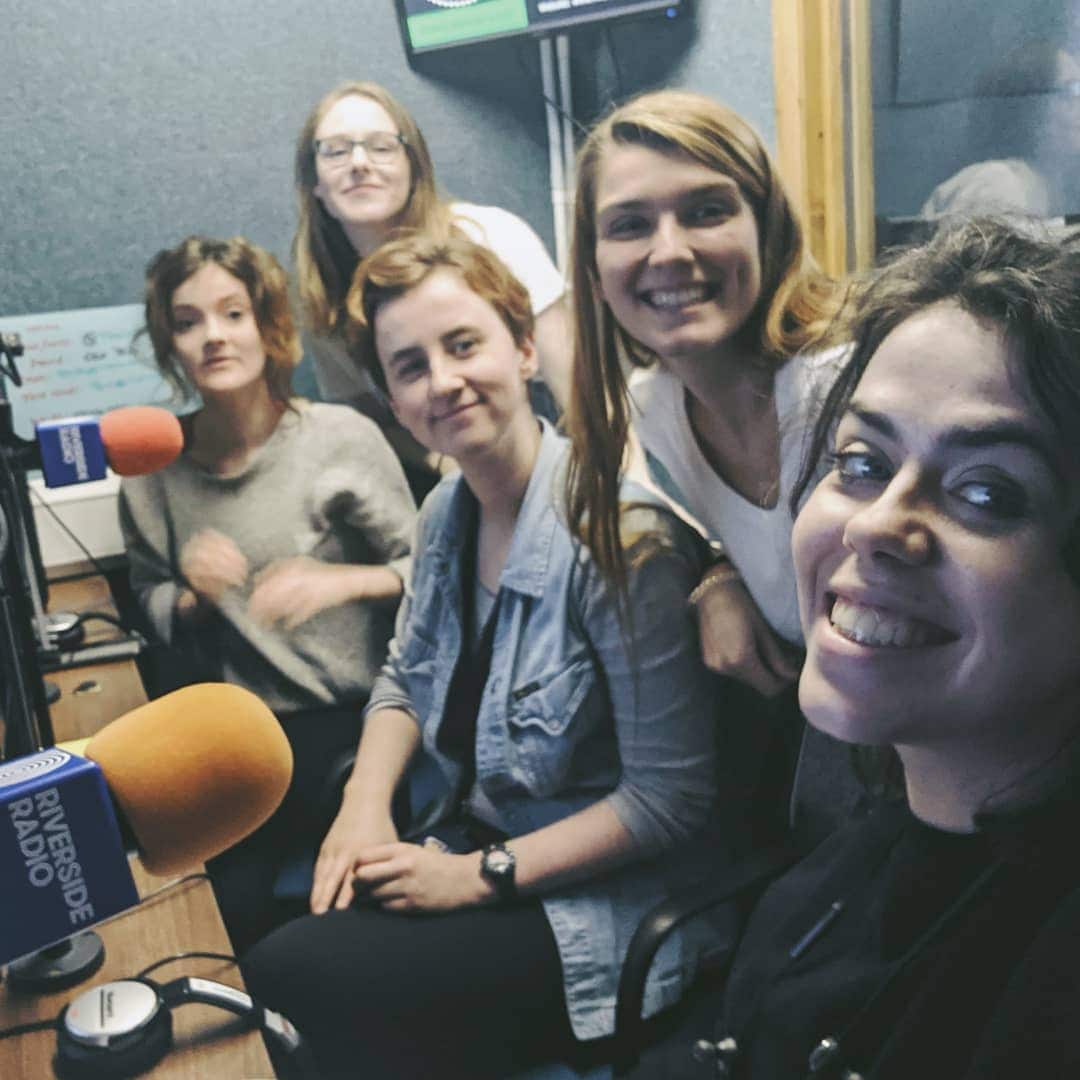 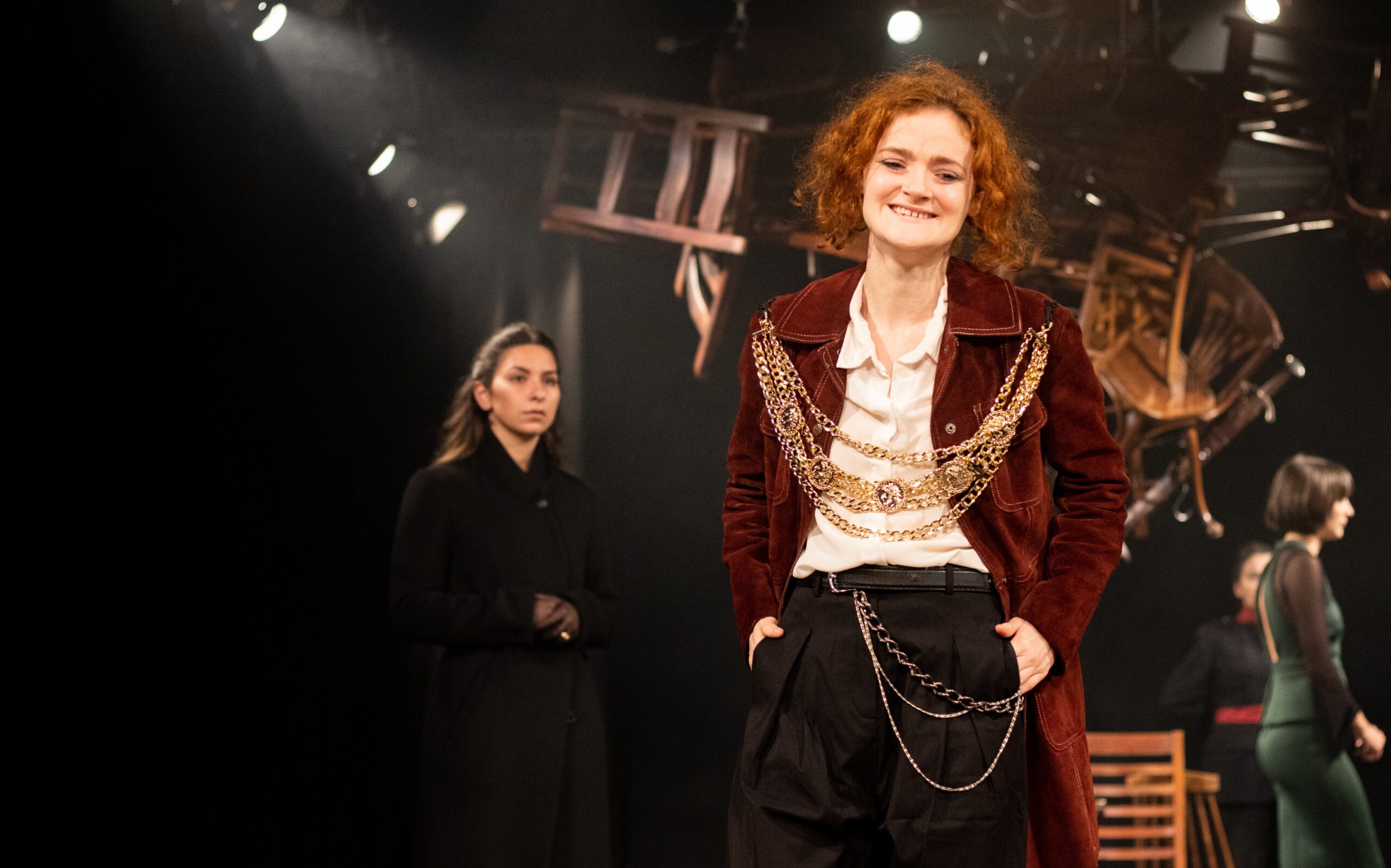 Equally, what is the one piece of advice you would share with anyone approaching the end of their training and graduating from Fourth Monkey in the summer?

When it gets to the shows, remember you’ve done the training – it’s in your body, so trust it and have fun! Revel in it – no matter what happens next, this is a huge achievement in itself and should be savoured.

We had a mantra during Richard III – “more play, less think” and honesty… I live by that now!