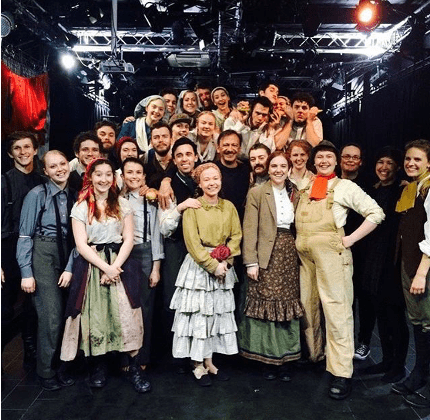 Once a Monkey, always a Monkey! Our alumni are a key part of the Fourth Monkey community, and we always love to hear how they go on to act, make, move and collaborate once they graduate from their training with us!

As we approach our ten year anniversary in Autumn 2020 and start to look forward to the next decade of Fourth Monkey, we’ve asked a selection of our Two Year Rep and Year of the Monkey alumni to share some of their memories of training with us, as well as what they have been doing since they graduated…

Here, Emily Ralph, a Fourth Monkey Two Year Rep graduate and part of our Class of 2016 ensemble, shares with us what she has been creating and working on since she graduated, as well as why she chose Fourth Monkey for her actor training and her advice for any students joining our 2020 cohort…

I came out of the audition room feeling really good about it. I enjoyed the audition process and thought that the people who were auditioning us seemed really nice. More than anything, I had a feeling that I would be happy here. I guess it was that gut feeling – when you know, you know.

I loved the warm-ups that we used to do as a whole group in the mornings. We would do half an hour of fitness, then half an hour of Voice. It made me feel alert and ready for the day. Even better it also connected us all together, which was great for when we were doing ensemble work.

I always had trouble with going ‘into Voice’, I wasn’t naturally good at this. So, near the end of second year, when I was doing a certain exercise and my voice was fully on voice, that felt amazing. My Voice teacher was very happy too. That was probably THE highlight for me because I struggled with it so much. 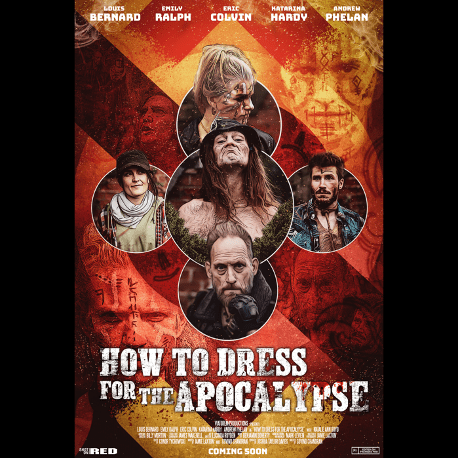 I imagined going into theatre work, as Fourth Monkey focused more on training for theatre than TV/film. However, since graduation, I have not been involved in any theatre work and have mostly worked in screen acting. From this, I have learned that you can never fully plan your future, as you never know what opportunities are going to come your way.

(Image: How to Dress for the Apocalypse)

I have been involved in short films, which have been screened at different film festivals around the world, from LA, to Cannes and even to India.

I am also in a pilot episode for a low budget TV series called How To Dress For The Apocalypse, which is available on Amazon Prime in the UK and USA. At the moment, I am the Art Director for a feature film called, The Manor House Murders; working with the same crew as How to Dress. I am also at the beginning stages of developing a TV series. This has been a really fun process, as I’m learning about screenwriting and the other elements which comes along with being a creator of a project. For example, looking at tone/style, cinematography, music etc. Even if the project may not get anywhere, I have really enjoyed learning about the production side of things to storytelling.

My highlight has been finding an amazing working relationship with the crew of How To Dress For the Apocalypse. I was first introduced to them when I worked on Psyona William’s short film in 2017. We have been working together ever since. If it wasn’t for Psyona, Jamie Laxton, Conor Tychowski and Govind Chandran, I would not have had any of the opportunities I have been lucky enough to be involved with. 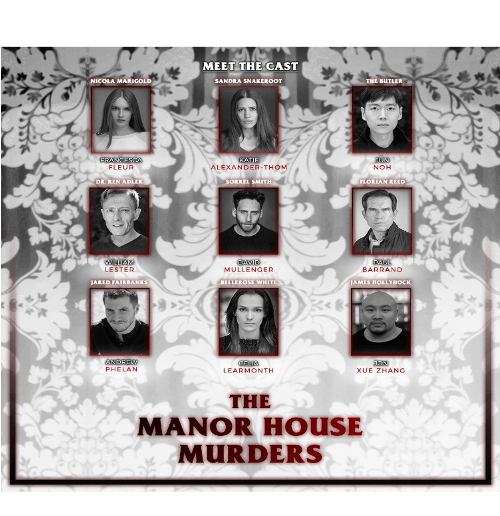 I would love to work with Lucy, who is the creator of Ride the Wave theatre company. She was in my year at Fourth Monkey, and I am trying to think of ideas to put forward to her! I really want to work with her on a project because she is very motivated, proactive and passionate.

This isn’t necessarily a collaborative thing, more like a dream. But I have always wanted to be involved in an episode of Inside Number 9, created by Steve Pemberton and Reece Shearsmith. I think they are fantastic writers. Plus, to be able to think of so many different stories to explore the darker side of human nature is just amazing. If you have never seen it before, I would highly recommend. 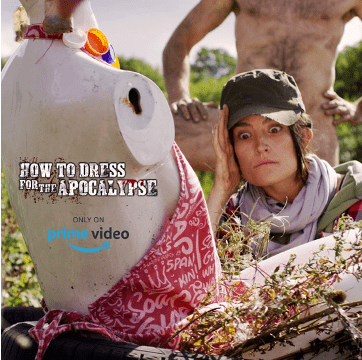 We are getting closer and closer to the start of the new year, and we still have prospective actors-in-training submitting their applications. Could you share your three top tips for any prospective students on audition day?

(Image: How to Dress for the Apocalypse)

And finally, a topical question – how have you been staying creative in lockdown?

Recently I have been writing song lyrics. I have never really ventured down that area before so thought I’d give it a go. It has helped me understand what my mind is going through – as this is a very strange time. For some reason I have to be in a certain mood, but I have been playing around with paints too. Not that often and I am definitely not that good, but, again, it has helped keep my mind occupied.