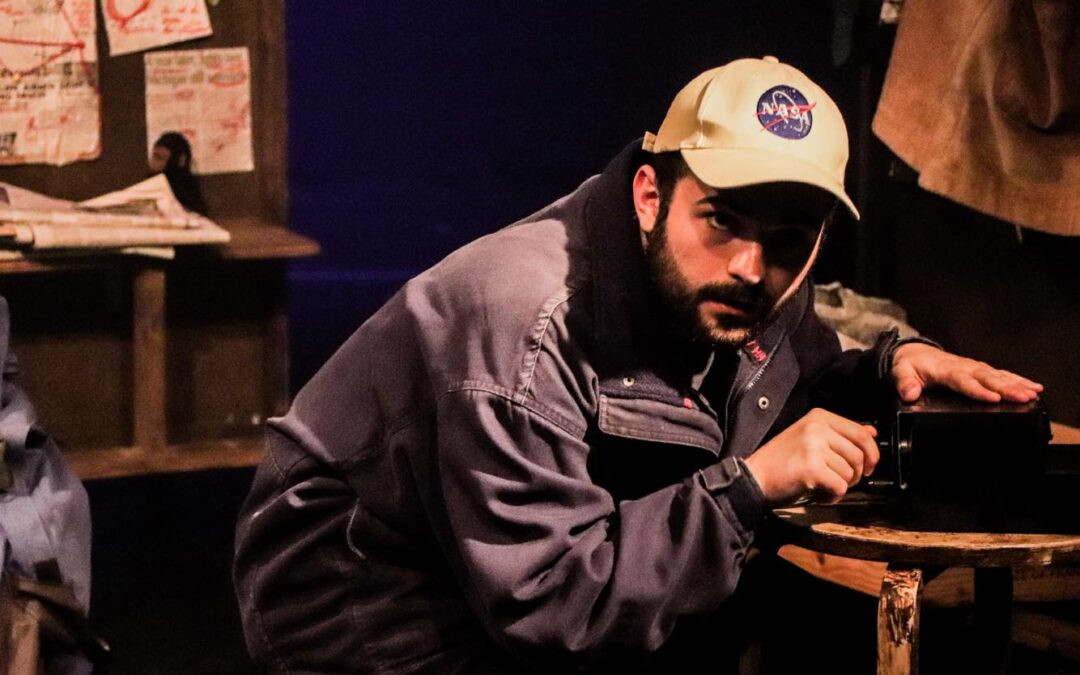 If you are thinking about applying to drama school, read the latest in our series of Monkey Motivation conversations with a selection of our fantastic Alumni for an insight into what you can expect as an actor-in-training at drama school and where your training might take you!

We spoke to Brendan Lucia, a member of our Class of 2017 ensemble and a graduate of the Two Year Rep training course (now the
BA Acting accelerated degree), who told us about what is was that made Fourth Monkey stand out from other drama schools and why it was the right fit for him, as well as how he has been acting, making, moving and collaborating since he graduated.

What made you choose Fourth Monkey for drama school and your actor training?

Before finding out about Fouth Monkey, I had almost come to the decision to quit acting. I’d been on the books of an agency and auditioned for drama schools for a couple of years, was doing OK but absolutely hating it, and I was feeling more and more like this path wasn’t really for me. Then I was directed to Fourth Monkey by a friend and I read a little bit about them – I read about their focus on ensemble, on movement, on devising and creating your own work, and I thought that it sounded like the place for me.

I went for an audition as a kind of last chance. I didn’t audition anywhere else at that point and I told myself that if I didn’t like it I would move on and try to think of something else to do with my life. Luckily it was an amazing experience, I left feeling like I had found somewhere where I could grow and achieve – I felt inspired. When I found out that I had got in, I jumped at the chance.

Fourth Monkey instilled in me a great love for movement work and for ensemble theatre. Training in corporeal mime was life-changing for me; beginning to understand how much can be communicated through the body, how tiny, intricate movements can say so much, and how a story can be told without words. This training in mime and other physical theatre practices at Fourth Monkey has been fundamental to everything I have made since.

My other highlights from my time at Fourth Monkey come from working with my ensemble. Playing, creating, sweating, making and performing two shows in tandem, spending what felt like every moment together, travelling to Edinburgh and Italy; the group of people I trained with are what made Fourth Monkey special for me and I will always be thankful for the opportunity to work so closely with them. 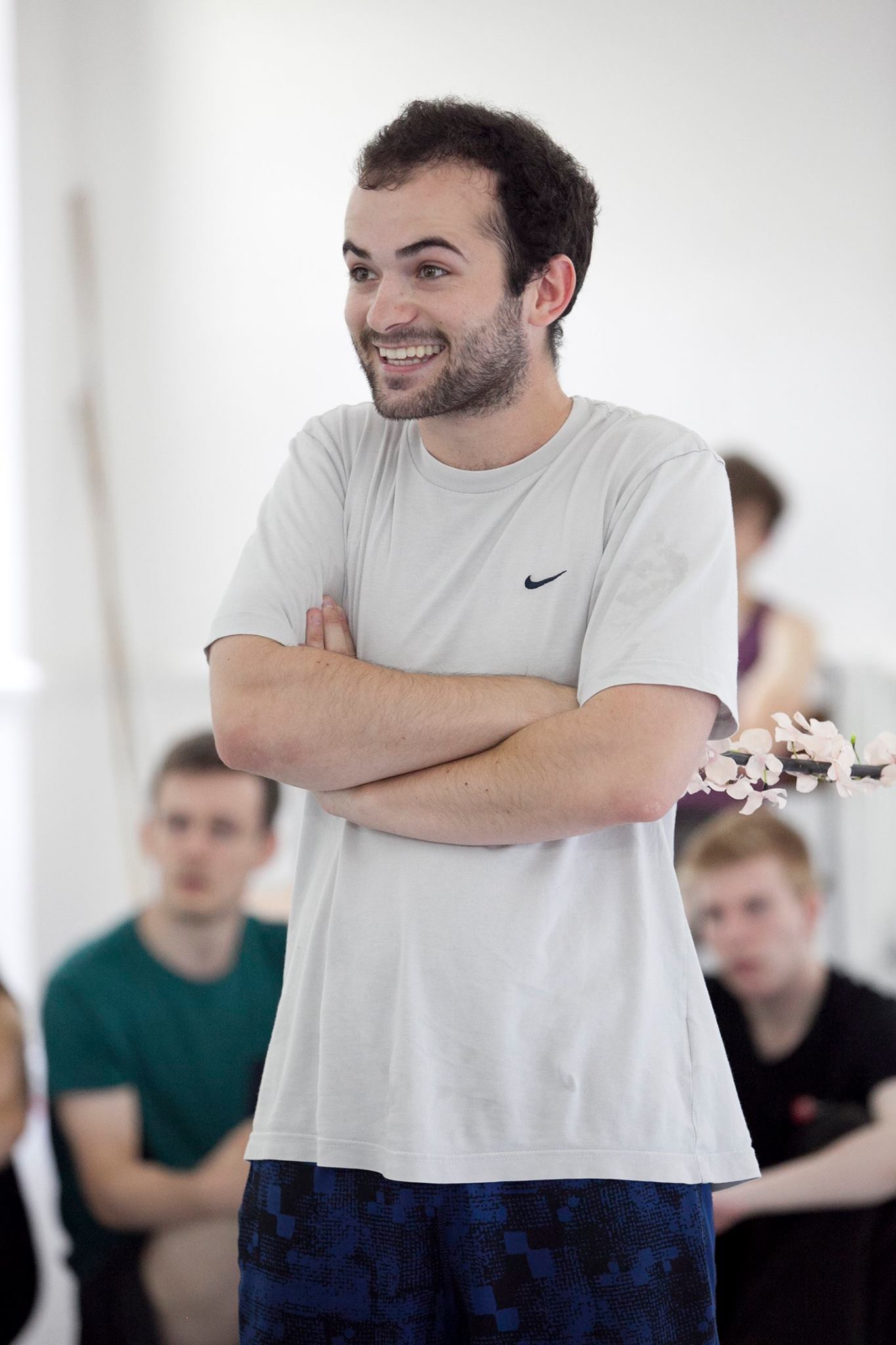 When you joined Fourth Monkey, where did you imagine your creative career going? Has life and your journey following graduation been as you thought it would be?

I thought that I wanted to be an actor, at least in the short term, I wanted to be on stage and on screen. As I went through the course this developed into a want to make my own work, I wanted a theatre company and to tour and make shows that I cared about. Now I’m moving into a different line of work, training to be a drama and movement therapist, and I plan to work as a therapist alongside my theatre work. So, to answer the question; no, life has not been at all what I thought it would be, but how boring would it be if it had been?

Can you tell us a bit about what you have worked on since you left Fourth Monkey? What have the highlights been?

During the end of my training at Fourth Monkey, I co-founded a theatre company with some of my classmates, Dogma Theatre Company. In our first year and a half, we put on a scratch night and then two full-length productions. The first, Cabin Fever, was performed at the Monkey House and the second, A Long Way Down, went on at the Brighton Fringe. Making original work has always given me the most joy, particularly working in an ensemble with like-minded people. As a company, we have become passionate about immersive and site-specific work – putting on shows in tents, caves and anywhere else that feels exciting. Our theatre company is based in London and Milan, and while the English contingent has been on a bit of a hiatus over the last year, the Italian half have been incredibly busy, making show after show. If it weren’t for the difficulties of travel this year, I would have been over there as much as possible getting involved wherever I could – the work they make is amazing!

I’ve also been lucky enough to work at Fourth Monkey as a Director since graduating. I assisted Rich Rusk on Ghetto and then on Valhalla the following year, both were wonderful experiences but Valhalla in particular was a beautiful moment for me. Turning the whole of the Monkey House into a labyrinthine immersive journey will stay with me for a long time. 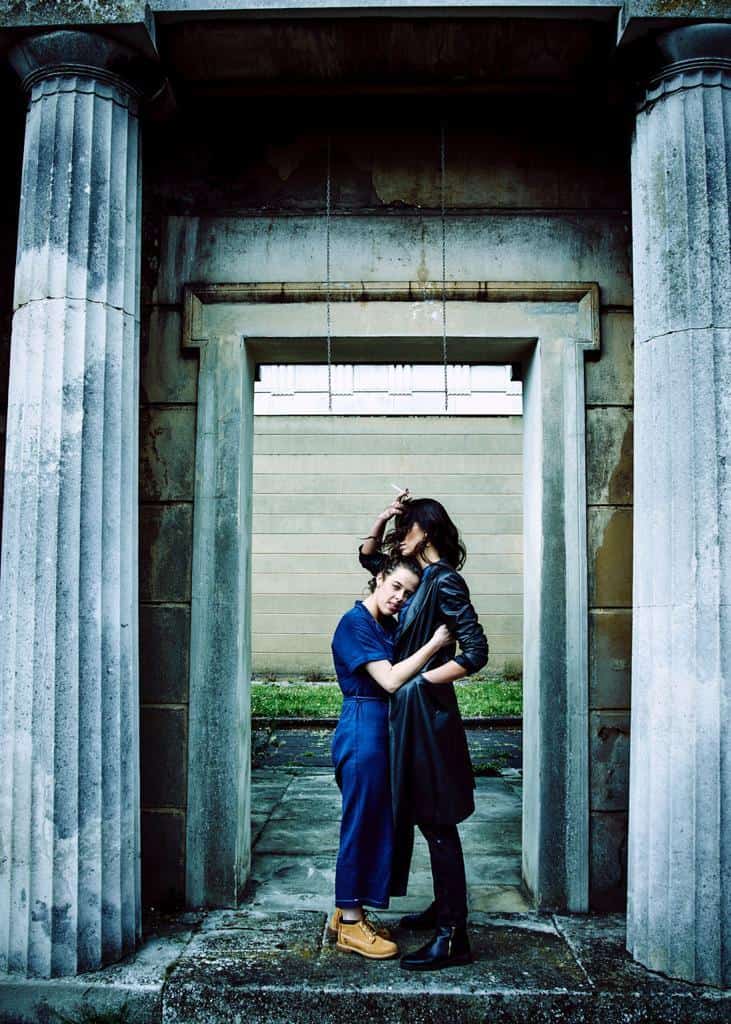 You are currently training as a Drama and Movement Therapist – what made you decide to go down this route and what have you learned about yourself as a creative during the experience?

There are a lot of reasons behind this decision. I suppose primarily an acceptance that working with those in need was always something I had wanted to do. It was always in the back of my mind that I would move into this kind of work in some way, I just wasn’t sure when or how.

Over the course of my first year after leaving Fourth Monkey, I made work with my theatre company, auditioned, directed, worked and enjoyed what I was doing. During this time, however, I began to realise that what I loved most about acting, directing and theatre making in general was something I didn’t necessarily need to make theatre to achieve – I love connection, I love ensemble and, most of all, I love helping others to achieve, to progress in what they are striving for and to be content in themselves. I realised that these things weren’t specific to making theatre and that actually I could use what I had learned at Fourth Monkey and in the time since graduating in a different context, to help people who needed it.

I have also found that the course at Central to train in Drama and Movement Therapy, which I am now coming towards the end of, has been very well-suited to me. We work a lot with movement and play, so I am in turn using the creative skills I began honing at Fourth Monkey every day in a therapeutic context. 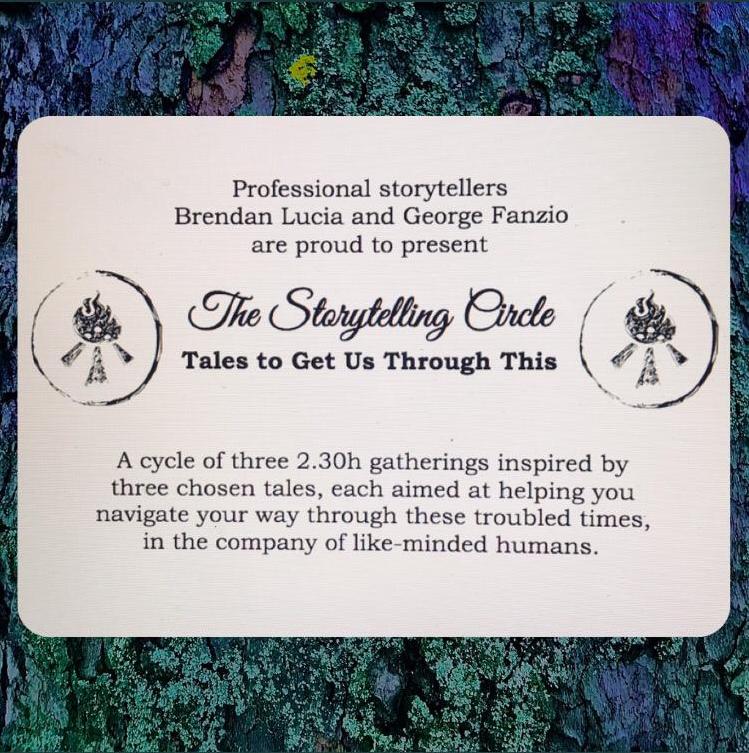 Similarly, can you tell us a little bit about your lockdown initiative during November 2020, ‘Tales to get us Through This’?

Storytelling and working with myths and legends is traditionally a big part of drama therapy. Telling and listening to stories, acting them out or working on them can be hugely therapeutic and I use it a lot in my practice.

What is more, I love stories. Telling and listening to myths has been a great source of comfort to me during this confusing and difficult year. Ancient stories tell us that we are not alone, we can read our own lived experience in a tale that dates back thousands of years, the feeling of shared experience and solidarity that can be found in this is like magic. A friend of mine from my training, who loves stories just as much as I do, had the idea to share our love of stories with others during the second lockdown in November 2020 – times are hard and the more that we can share the things we find inspiring the better. So, we have been running online storytelling sessions for the last few weeks under the name The Storytelling Circle. The last of them (for now) will be on the 11th of December, they are evenings of story and connection for anyone who wants to get involved – keep an eye out for more in the new year, too!

What advice would you share with prospective students thinking about applying to audition for Fourth Monkey?

I’m not sure I have any advice other than go for it. Be yourself, don’t be afraid to be big and bold and a little wild. Or a lot wild.

Similarly, what advice would you give to our recently graduated Class of 2020 alumni and those students now in their final year at the Monkey House?

Life is weird and difficult right now. We live in a strange strange world. Find ways to be creative, make your own things, share them, connect with as many people as you can, try and stay positive.

And try not to be too focused on one goal; if you are looking too intently at one huge thing out in front, you will miss all the fun little things off to the side.

Interested in learning more about Brendan’s creative work with Dogma Theatre Company and The Storytelling Circle? Check out @dogmatheatre and @thestorytellingcircle on Instagram!