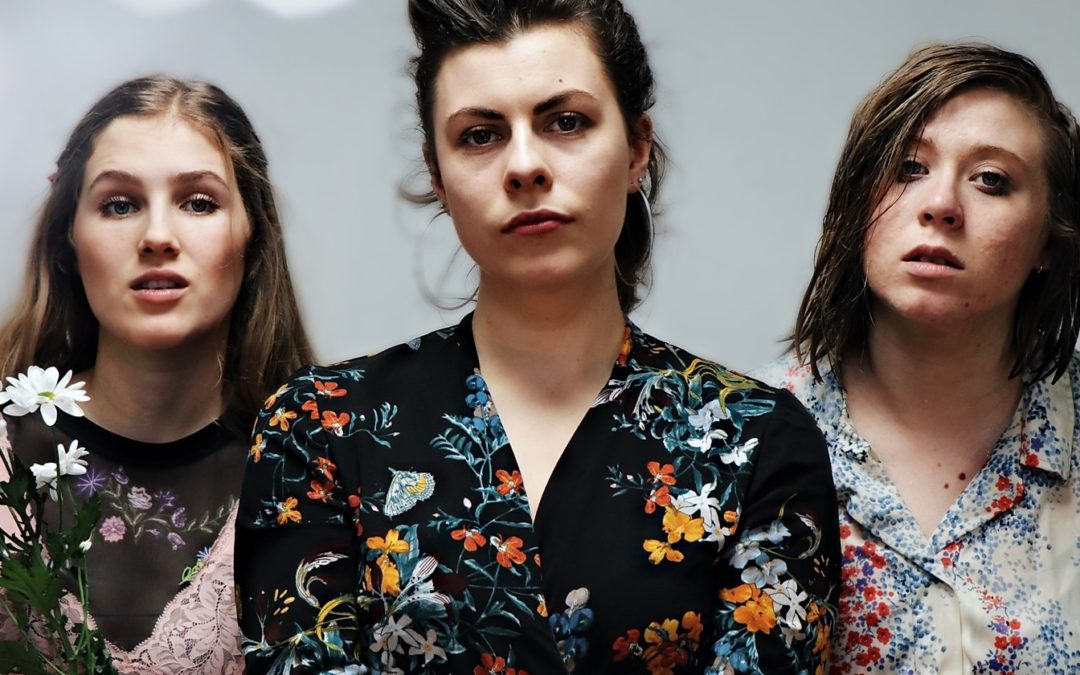 As they get ready to bring their production Shakespeare’s Mad Women to The Lion and Unicorn Theatre in London from 17th to 21st March, we asked the ladies behind the Lady Garden to share how and why they started the theatre company, how they devised and created Shakespeare’s Mad Women and what attracted them to this theme, plus any advice they might have for anyone thinking about starting their own theatre collective or company…

We are Lady Garden Theatre Company- we believe in creating female-centric, female led theatre where women are allowed to be flawed, complicated and hilarious, in treating female characters as independent of male characters not mere plot devices to further a male narrative & to play David Bowie’s ‘Rebel Rebel’ before every performance.

Firstly, can you introduce yourselves and tell us a bit about your actor training and experience before establishing the collective?

We are Abigail Smith, Holly Cuffley, Gabrielle Pausey and Gala Wesson. We all trained and graduated together on the Two Year Rep programme at Fourth Monkey (2015-2017), and formed Lady Garden Theatre.

Tell us about your latest project – what inspired you to choose this production and explore these themes?

AS: I started writing our first show, ‘Shakespeare’s Mad Women’ after seeing two different productions of Hamlet and leaving both in a fit of foot-stamping rage at how both productions treated the character of Ophelia. It made me start thinking about these titanic female Shakespearean characters that every great actress ‘must play at least once in her lifetime’, and how actually a lot of them are treated pretty poorly by their male counterparts, and by Shakespeare himself. Lady Macbeth, for example, a brilliantly clever and emotionally complex character, gets a nondescript and frankly boring offstage death, while her husband gets to languish in his own morality for twenty or so pages. Ophelia, is pronounced mad and rejected by everyone she knows when she is going through grief while Hamlet gets to enjoy every facet of madness quite breezily and still stay for a sword fight. I sat down and started writing as Ophelia in the afterlife, and all her fierceness and wit started spilling out and I knew she was a character I wanted to stick around. Lady Macbeth and Juliet soon followed suit with their own quirks and modern-day interpretations.

Can you tell us about how Lady Garden Theatre Company started, and why you decided to form a collective together?

AS: I invited Holly, Gabi and Gala to R&D the piece with me after I wrote about half the play and immediately the chemistry was there – I could totally believe these three women had spent an eternity together in the afterlife with only each other, books and home-brewed moonshine for entertainment. I started writing the rest of the play and editing the current pages with them in mind, crafting the characters around them. After having created the show together with the help of a lovely producer, Amy Hendry, I eventually asked the cast if they could join the company itself and work on producing together the next steps for this show and for the next shows from Lady Garden.

Can you tell us about the devising and rehearsing process the piece? Any highs (or lows!) that you have come across during this process?

GP: Abi creates a draft version of a script and then we road test it. Some things are really hard to see if they work unless they’re put through their paces in a room, text can sound great in a writers’ head but not work in the scene.

AS: I was really keen for the cast to have input on the rhythm and tone of their own texts. I feel like they created the characters so it made sense that the text followed their individual styles as actresses.

GP: So if anything felt weird to say, we would try it and say it different ways until it felt right.

HC: We feel our training at monkey comes into creating the physical storytelling of the piece, finding our character body and to highlight certain moments – it also makes it easier to avoid blackout transitions which just wouldn’t work in a piece that is so held up by the tension of what’s happening onstage.

GW: Music is a massive influence in our rehearsal process to help to focus, to get us out of our heads before scene work or to use to subvert some scenes onstage, as the show is a black comedy, music has been really helpful in lightening scenes that otherwise could be very dark.

HC: But it has made it really difficult to listen to ‘Crazy’ by Gnarls Barkley outside of the rehearsal room… (come see the show, you’ll understand).

AS: The most difficult part for us was definitely finding the end. We felt like we’d come to love these characters so dearly and the subject matter felt so important, that the end had to be full of gravitas and make sure the audience left having something to think on. We went over and over it in the rehearsal room, tearing our hair out as to how to say goodbye to these characters, but it wasn’t until we let it settle and forgot about it, that the ideas started to flood in.

What are your plans for the next Lady Garden project? Anything you can share with us at this stage?

We are currently rehearsing for our performance at the Lion & Unicorn in Kentish Town (17th to 21st March 2020) then will be heading to the Brighton Fringe (18th to 20th May 2020) performing at The Bunker part of The Warren. We will also be performing at the Bristol Shakespeare festival in July – dates to be revealed soon!

What advice would you give to anyone thinking about starting their own collective or theatre company?

HC: Find out your strengths as a person and what you can bring to the company. I know I’m good at creating images and design, so I took up the role of making the poster, logo and anything else we needed in that vein.

GW: I took up the job of being in charge of the finances, mostly because I’m good at saying no. When I get asked, ‘do we have enough money for this?’, the answer is usually no.

AS: I would say, really think about what you want to do and why you want to do it. A company takes a great deal of hard work and it can often feel thankless, so it’s important to know your reasons for doing it. Do you want to create work with a specific minority voice? Do you want to make work for young audiences? The best way to start is with your first show – figure out what your audience and branding is there, and use that as a springboard. And get a producer. Always have a producer.

Finally, how do you bring what you learned at Fourth Monkey to your theatre making?

HC: You are given an array of tools at Fourth Monkey – find out about processes/techniques work for you and channel that into your work. Get into a room and MOVE your body as much as you can. Test things out whether it’s a monologue you’ve found, something you’ve written or a movement response to a piece of music, just get it out of your head and into a physical format. You’ll soon see if your idea has legs.

This bold, fresh and anarchic look at the ‘what ifs’ behind three of Shakespeare’s most famous (but often most overlooked) female characters follows a stream of performances throughout 2018, and anyone interested in catching the ladies in action can book their tickets via the theatre company’s website.