Fourth Monkey is proud to benefit from the patronage of seven patrons. They represent theatre professionals who work across acting, directing and dramaturgy, onstage, in film and beyond.

We are delighted that six of these valued patrons each support a named scholarship, signifying support for one in six students entering the BA (Hons) Acting course and are currently financed by Fourth Monkey. All scholarships are based on audition outcomes, personal circumstances and financial need and are means tested accordingly, to ensure the financial award is given to those who would otherwise be unable to train as an actor.

These scholarships are in addition to the already established Emrys Johns Scholarship, awarded to a student from a rural part of the UK who demonstrates exceptional talent, commitment and investment in the ensemble, as wells as the Ronnie Collash Scholarship, in honour of the late Ronnie Collash, granted to a multi-talented student who embodies his joyful outlook on life. 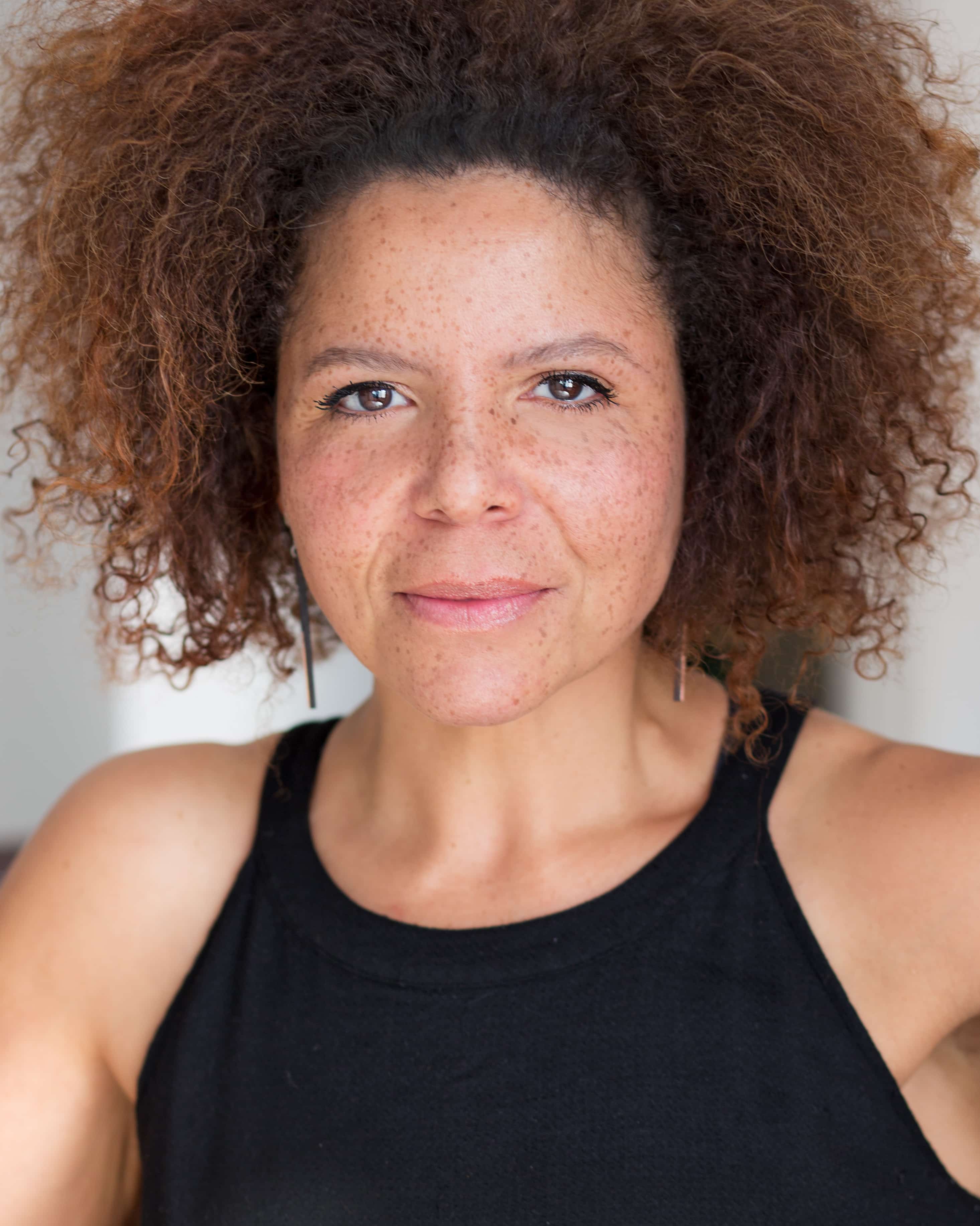 ‘I believe that Fourth Monkey offers the student actor outstanding training in a supportive and innovative environment, perfect for creative development. The training experience is both rewarding and profound; producing intuitive, focussed and dynamic actors whilst nurturing and motivating the importance of creating their own work in this ever-evolving industry. I am delighted and excited to be part of the Monkey family.’

Brigid is an actor whose most recent theatre work includes A Christmas Carol (RSC), I’m not Running (National Theatre), Romeo and Juliet (Headlong) and her television work includes a regular role in Fortitude (Sky Atlantic).

THE BRIGID ZENGENI SCHOLARSHIP WILL BE AWARDED TO A FEMALE APPLICANT DISPLAYING EXCEPTIONAL TALENT AND ABILITY AS AN ACTOR.

‘I am beyond thrilled and honoured to be a patron for Fourth Monkey. …Nurturing and encouraging the arts is something I am extremely passionate about, and I am excited to work with and be inspired by working with everyone.’

Danielle Kassaraté is an Essex-born actor, who trained at the Royal Central School of Speech and Drama. Her acting credits include roles in a wide variety of productions, from A Curious Incident of The Dog in the Night-Time at the Gielgud Theatre, to Macbeth at Queen’s Theatre Hornchurch, and from The Color Purple at Birmingham Hippodrome & Leicester Curve to Guys and Dolls at The Royal Exchange Theatre and Little Shop of Horrors at Theatre Clwyd.

Prior to and alongside her work as an actor, Danielle is also a workshop facilitator, and has taken part in workshops across the UK, including at the Hull Truck Theatre, Sheffield Theatres and the National Theatre Studios in London. 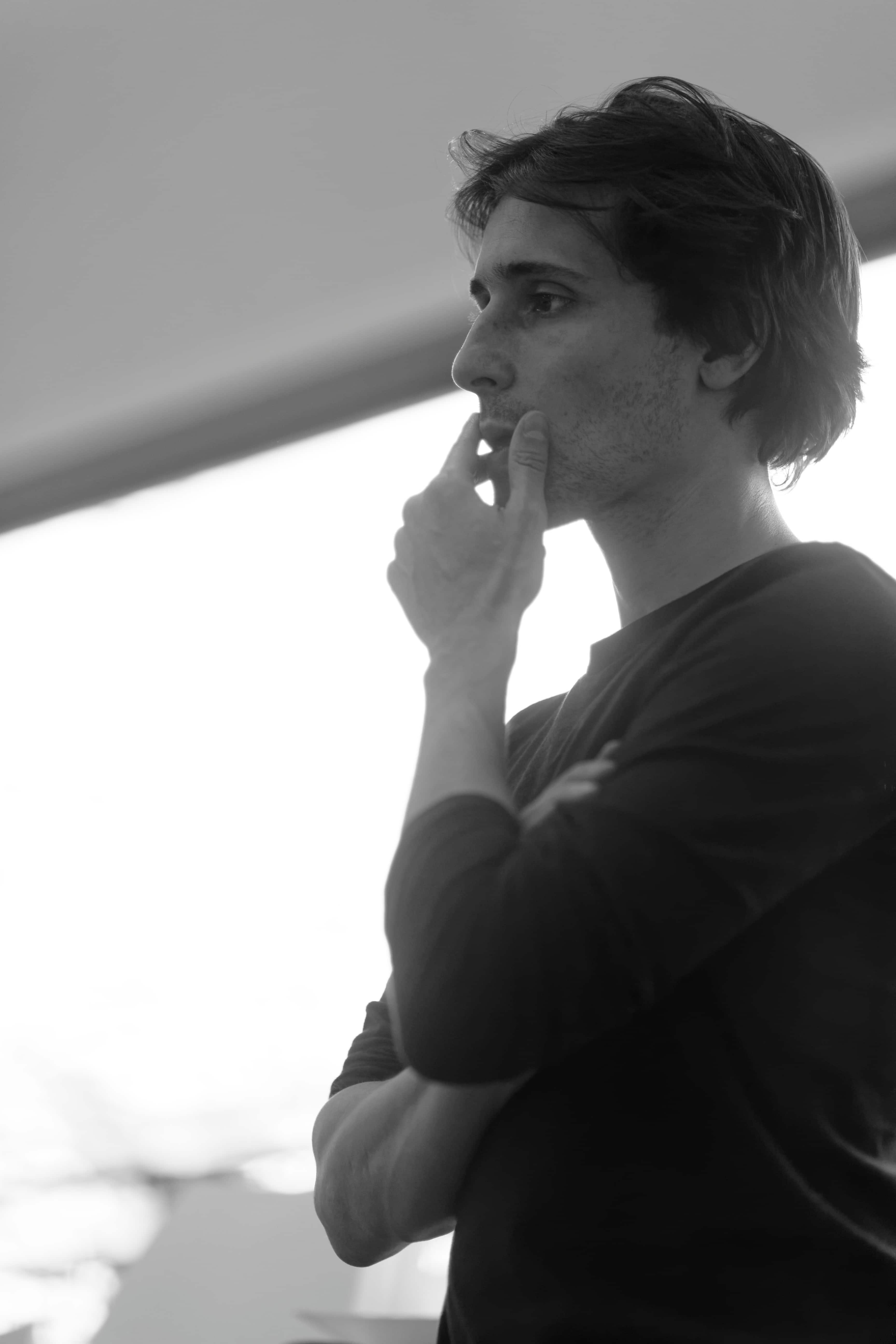 Actor and Artistic Director of Theatre Re

‘I am extremely proud and excited to become a patron of Fourth Monkey Actor Training Company and join their journey to explore the best way forward in training for theatre.’

Guillaume is an actor, director, mime and magician, forming Theatre Re in 2009. Guillaume trained at the Conservatory of Villeurbanne (FR) and graduated from the International School of Corporeal Mime in London under the direction of Corinne Soum and Steven Wasson. He also studied with Thomas Leabhart and Daniel Stein. Guillaume holds an MA in Text and Performance Studies from King’s College & RADA.

As well as directing and performing in all Theatre Re’s productions to date, Guillaume has worked as a Movement Director with Andrew Visnevski, Sue Dunderdale and Bill Gaskill. He is Head of Movement at Fourth Monkey Actor Training Company, an Associate Teacher at RADA and is regularly invited to give workshops in the UK and internationally.

THE JACQUES COPEAU SCHOLARSHIP WILL RECOGNISE THE TALENT OF AN APPLICANT WITH EXCEPTIONAL MOVEMENT ABILITY. 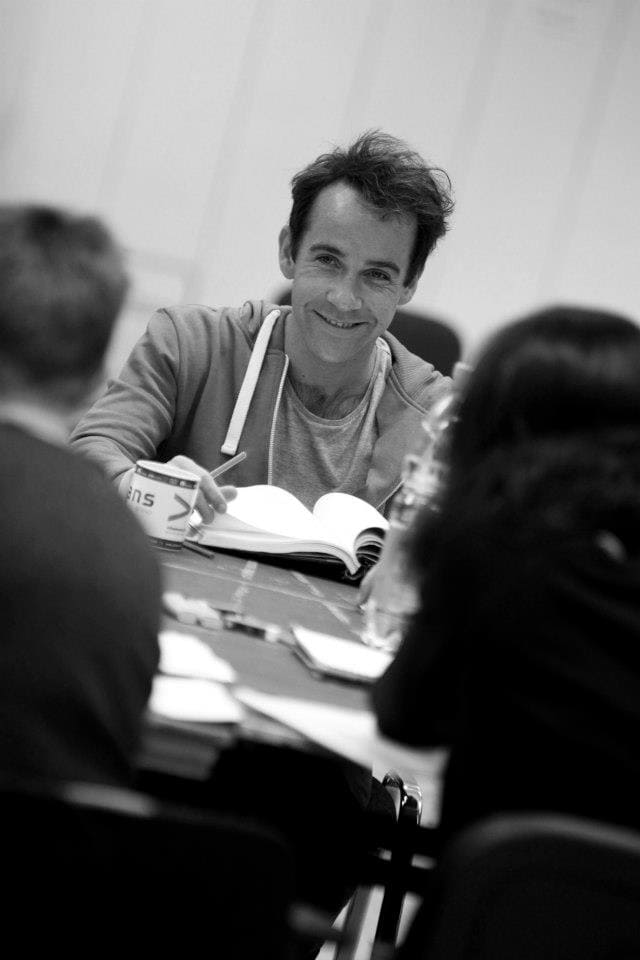 ‘I love Fourth Monkey because there is a sense of punk and rock n’ roll about the place. It feels fresh, passionate and up for it. Not everyone looks the same or sounds the same.’

Jonjo O’Neill is a well-known British Stage Actor and is an Associate artist with the Royal Shakespeare Company. He is perhaps best known for his portrayals of Richard III and as Mercutio in the acclaimed Rupert Goold production of Romeo & Juliet.

THE JONJO O’NEILL SCHOLARSHIP SEEKS OUT A MALE APPLICANT WHO DISPLAYS EXCEPTIONAL TALENT, INDIVIDUALITY AND PERSONALITY: A UNIQUE AWARD FOR A UNIQUELY TALENTED INDIVIDUAL

Actor, Artistic Director and Founder of The Spanish Theatre Company and The Cervantes Theatre

‘Before I came to London, Fourth Monkey, was at the top of my priority list because I thought they had the kind of training that I believe in. I never thought that five years later, I would have a theatre in London and that Fourth Monkey was going to be part of it.

That’s why it is a privilege for me to be a patron and share with their students and community of actors the same dream.’

Jorge is a renowned Spanish producer, director and actor and founder of the Spanish Theatre Company (London). He trained at the Royal School of Dramatic Art of Madrid (Acting) and the British Theatre Association (Directing and Producing).

His directing credits include: The Grain Store and The Public by Lorca (Fourth Monkey); End of the Rainbow; Dracula; The 39 Steps (Spanish production); The Woman in Black (Spanish production), The House of Bernarda Alba, Blood Wedding and The Judge of the Divorces… y otros (Cervantes Theatre).

As an actor, Jorge has appeared in more than 20 plays, 30 films and TV series, having played the lead in over 30 projects. Theatre includes: Blood Wedding, Calígula, Oedipus, Macbeth, Ricard III, The Kiss of the Spider Woman, The 39 Steps, The Woman in Black. Film includes Grimsby, Talk of Angels, Open your Eyes, One of the Hollywood Ten and Prince of Shadows.

Jorge’s awards include the Francisco Rabal Film Award for his starring role in The Best of Times; The Turia Theatre Award for his performance in La Mujer de Negro and for his film Lost Bullet; Grand Prix des Amériques at Montréal Film Festival with the Serbian film Kordon that he co-produced.

THE JORGE DE JUAN SCHOLARSHIP IS TO BE AWARDED TO A TALENTED INDIVIDUAL WHO DOES NOT SPEAK ENGLISH AS A FIRST LANGUAGE, TO ENSURE OUR STUDENT COHORT REMAINS INTERNATIONAL AND INCLUSIVE, EVEN BEYOND BREXIT 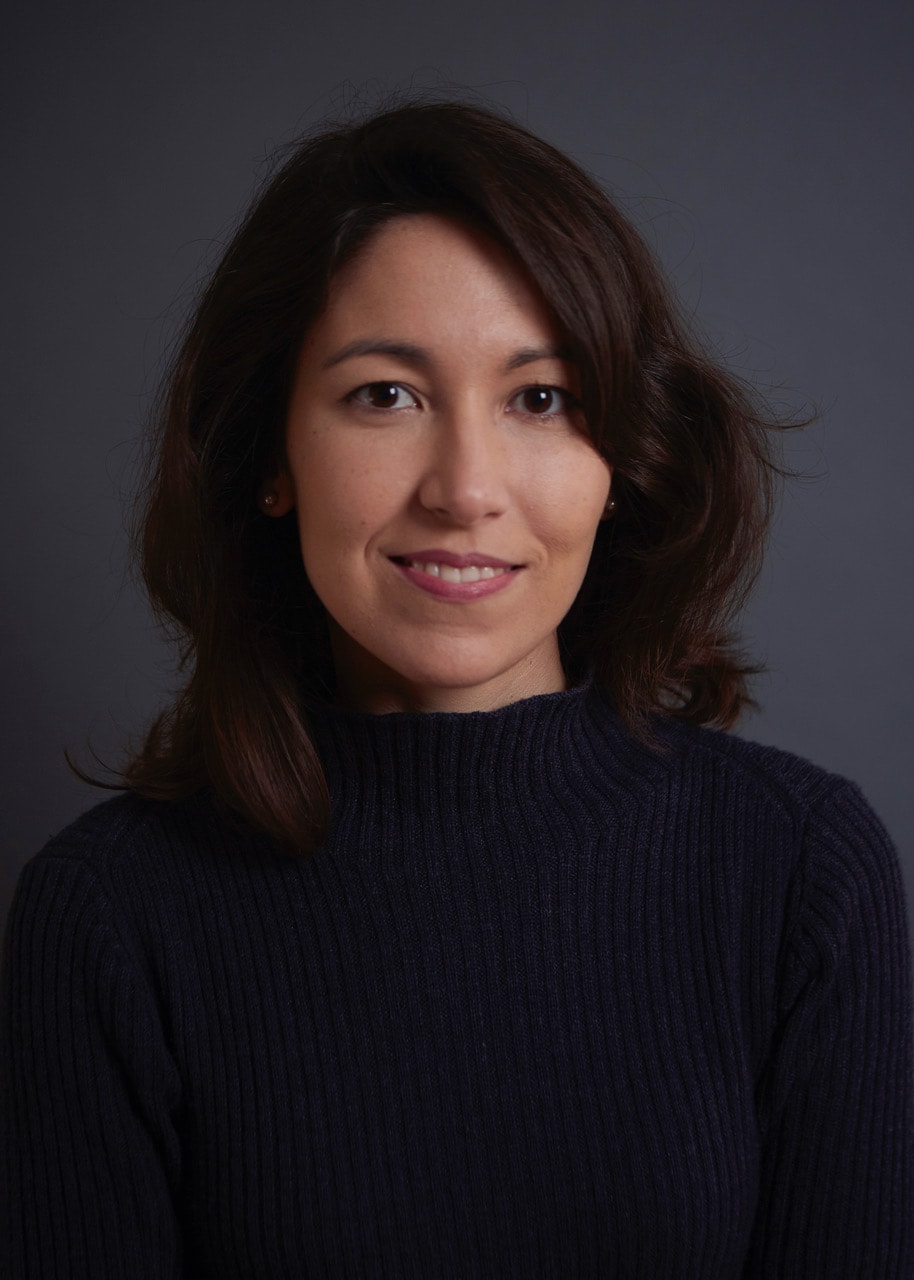 ‘I am a true advocate for Fourth Monkey training. Every time I see an actor walking into an audition I can tell if they have trained at Fourth Monkey, it’s like a signature. They are confident, ready and prepared, full of ideas and full of energy. As a director, it is a joy working with actors so well trained and I am truly honoured to be a patron of Fourth Monkey.’

Paula Paz is co-founder and Associate Director of the Cervantes Theatre and the Spanish Theatre Company. She is a theatre director and former professional ballet dancer and holds an MA with distinction in Theatre Directing from Mountview Academy of Theatre Arts.

THE PAULA PAZ SCHOLARSHIP IS TO BE AWARDED TO A YOUNG WOMAN WHO ASPIRES TO MAKE THEATRE AS WELL AS TRAIN TO BE AN ACTOR. THIS AWARD IS FOR A CREATIVE; SOMEONE DESTINED TO BE AN ACTOR, MAKER AND COLLABORATOR. 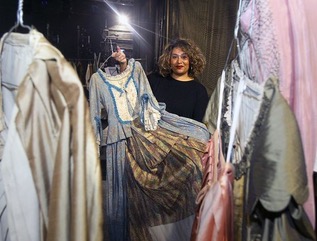 ‘I can’t express how honoured I am to become a patron of Fourth Monkey. They [Fourth Monkey] go above and beyond understanding exactly what their students’ needs are in a safe, open environment.’

Sophia Khan is an experienced Designer, Wardrobe Supervisor, Wigs Mistress and Make-up Artist. She grew up in Cardiff, where she learned to cut and style hair under the guidance of a family made up of hairdressers and barbers, as well as making costumes for the steel pan orchestra of which she was a member.

She started her creative career working as a dresser and wardrobe mistress for a live music show following a recommendation from a classmate whilst studying Fine Art and Sculpture. From there, Sophia then spent ten years working with bands and musicians from George Michael to Lady Gaga, and from Dolly Parton to Motorhead, before venturing into the ice-skating industry and touring the UK and northern Europe with a variety of different live shows and subsequently moving into theatre – something that allowed her to bring all her passions, talents and experiences together, and drawing on her love for costume and hair design.

Find out more about scholarships, fees and funding