Song of the Goat

This workshop is based on Self-Less Language, which evolved from the Bral Acting Method, and the coordination, the unique acting technique by Song of The Goat Theatre. The training is grounded on physical and vocal work and the relation between them and the imagination and text work. We will focus on developing the ability to interpret the dramatic text by exploring different aspects of the acting craft, such as musicality, rhythm and partnership work. We will explore the connection between the phenomenon of an ensemble and the inner life of the performer through exercises that amplify the physical energy, imagination, special awareness, impulses, focus, dance, text, rhythm and song. We will explore the flow between movement and word, rhythm and sound, gesture and character. In our work, we will focus on imagination, energy, concentration, character and courage while freeing the natural creativity of the performer. 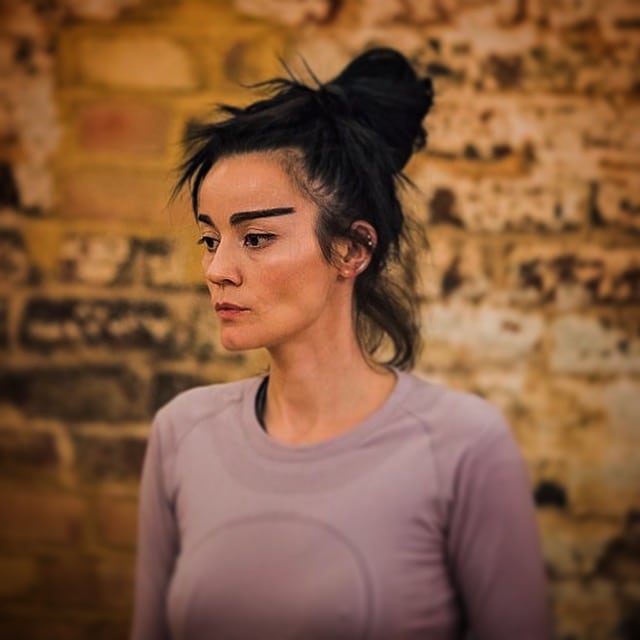 Dr Alicja Bral is a Doctor of Humanities, specialized in Theatre, (graduated in 2010, University of Gdansk). In 2021, she earned her PhD (RaR) title at the University of Kent, UK, under the supervision of Prof. Paul Allain. Since 2016, he has been writing dramatic and poetic texts for the Song of the Goat Theater Company. As part of the collaboration with the theatre, she has co-created the following performances: Crazy God, Island, Hamlet-Commentary, Seven Gates of Thebes, Anty-gone, Ecstasy, Cassandra’s Report, Warrior and Apocrypha. In 2013, together with Grzegorz Bral, she opened Bral School of Acting. Since 2015, she has been leading theoretical classes at BSA on theatre anthropology, acting techniques and stage writing. Between 2008 and 2013 she collaborated with the Gdańsk Shakespeare Theater, where she coordinated the Shakespearean „off” scene. As a producer she gained her education at the Faculty of Economics (Gdansk) wherein 2012 she received a Project Manager diploma.