Devising and How to Use Play in Making Theatre

The workshop will help develop a toolbox of tricks and techniques for unlocking scenes and creating building blocks; bringing stories, scenes and characters to life.

Devising is like juggling many different things at once. Hold your nerve, relax, be brave, stay in the moment, enjoy the fact that everything is a gift. Anything is possible!

Bring a short story, a picture, an interesting object, a piece of music…and from those starting points we can play. 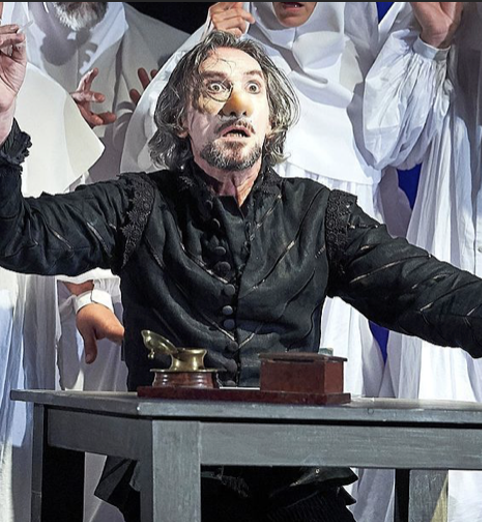 Tristan Sturrock is one of the UK’s leading theatre devisors. He has been creating work with Kneehigh Theatre for three decades collaborating with Emma Rice devising many original productions that have gone on to be international successes. His leading roles with the company include Brief Encounter (West End and Broadway) A Matter of Life and Death, Tristan and Yseult, The Riot (National Theatre and USA) Rebecca, King Of Prussia (Donmar) Don John (Leeds Playhouse). He is an associate artist at Bristol Old Vic where most recently he played Cyrano de Bergerac in Tom Morris’s production. Other work there includes Peter Pan, Treasure Island, Coram Boy. He has performed seasons at the RSC, National Theatre, Royal Exchange. His devised solo show Mayday Mayday won the International Fringe Review award at Edinburgh and was selected to play St Ann’s Warehouse New York.