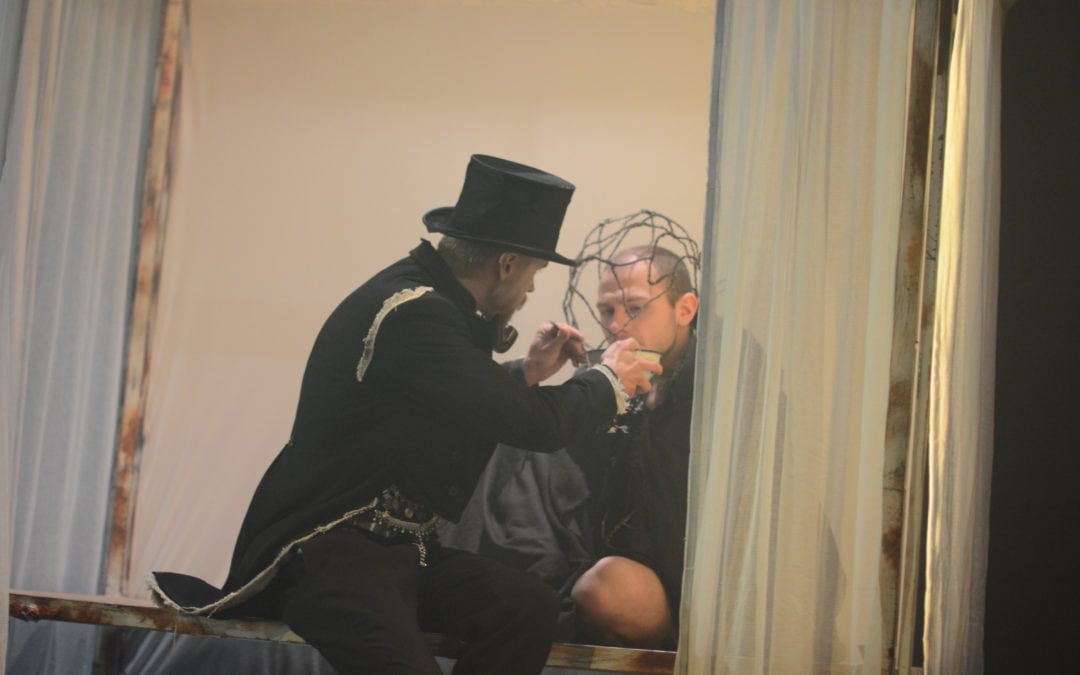 The first reviews are in for our touring production of Elephant Man performed by the Fourth Monkey Ensemble see below for our most recent review from The Stage.

Daniel Chrisostomou’s portrayal of the hideously deformed Joseph Merrick is almost unbearable to watch at times, for the pity of the man’s situation and the response of people who encounter or exploit him. It is a searing performance, the more powerful for being in the confines of a small studio space where we cannot look away.

A skeleton of twisted wire encases his head and other parts of his body to suggest the outline of the deformity, along with fragments that suggest it’s bulbous nature. So we can always see his face, a prisoner trapped within his skewed and semi-naked body. His evolution from animal pain, indignity and terror to a man of gentleness and learning is humbling and ultimately uplifting to watch.

Scott McGarrick plays Frederick Treves, the man who took Merrick, initially for research purposes, to the London Hospital, and who could be a callous and insensitive as the showman who displayed him as a freak. Adam Trussell gies masterly performances in the triple roles of the showman, the cruel and cynical Dr Tuckett and the kindly gamekeeper, Mr Goldby, and Ami Sayers and Katherine Turner dextrously juggle roles to play all the women.

The screened booth that is the single and versatile piece of staging suggests everything from a freak show cage and hospital bed to hansom cab, railway carriage, even a box at Drury Lane. This is small-scale touring theatre at its most inventive, with a story to tell that is of its own time and for ours.

Verdict: Almost unbearable to watch at times – a searing and ultimately uplifting perforance from Daniel Chrisostomou as Joseph Merrick. 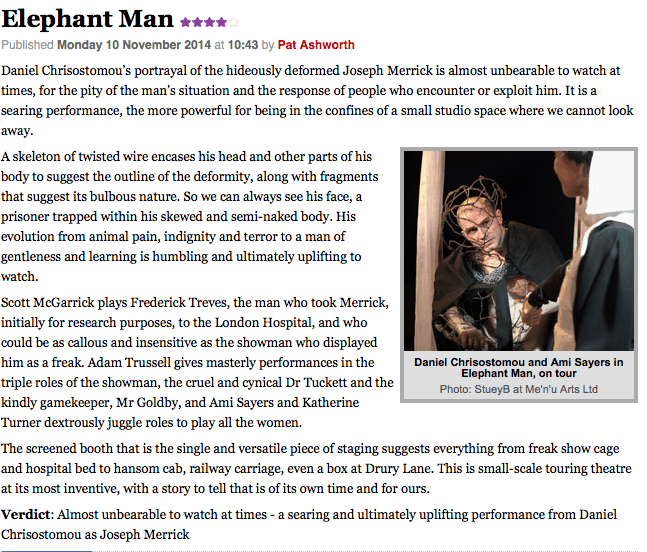