Devising Project with Told By An Idiot: Blog 3 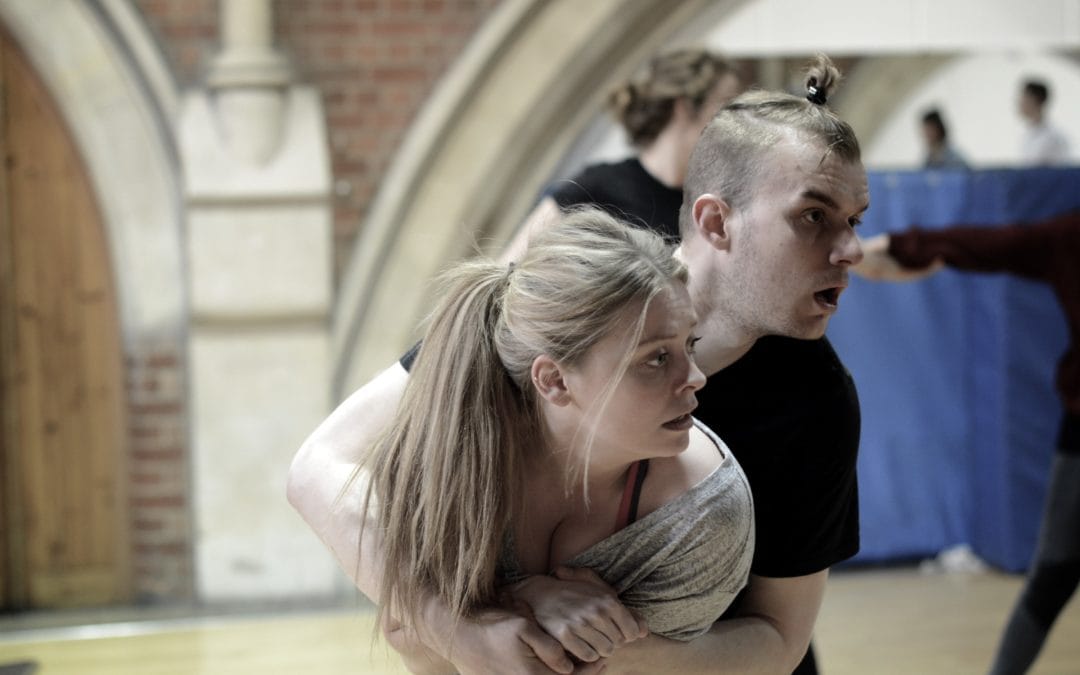 Devising Project with Told By An Idiot: Blog 3

Having finished last week with our second run through of “Hellcats” we felt confident that we had a strong story and rich material. However having Steve shout ‘edit’ at the end of each scene slightly jarred with the visual style of the piece and so on Monday morning we set about working through transitions. Although this may sound as dull as death it’s actually quite easy to get over excited imagining how you are going to weave the scenes together, wondering how you will get from the flying mermaid sequence to the boat tango sequence (if that hasn’t sold the show I don’t know what will) and concluding that you absolutely have to add numerous new songs, (insert argument over harmonies here) umpteen movement sequences, and some acrobatics for good measure. So that’s exactly what we did, and although I have now driven myself half crazy with the mish mash of sea shanties repeating in my head it is worth it if it helps tell our story.

Next on our editing mission we went about trimming the fat off of some of the text that we had written. The piece in general is very visual and to some extent stylised weaving numerous interconnecting stories together. However we wanted the domestic scenes to be more natural and so were eager for the text to sound that way too. Writing conversational text is a challenge I have frequently come across when I have devised in the past, and as the time period for “Hellcats” is the 18th century which therefore requires slightly archaic language, this task becomes ever the more difficult. To add to this, our company of actors have previously spent the last three months in rehearsals for and performing Tamburlaine the Great, which in terms of its’ language is a un-domestic and as heightened as it’s possible to be, so let’s just say it was a little difficult to begin with. Through trying to play games with the language and giving different people restrictions i.e. You can only speak three words at a time, we are starting to find our feet with it and hopefully sounding less like we’ve just stepped out of an am dram production of the importance of being Ernest. 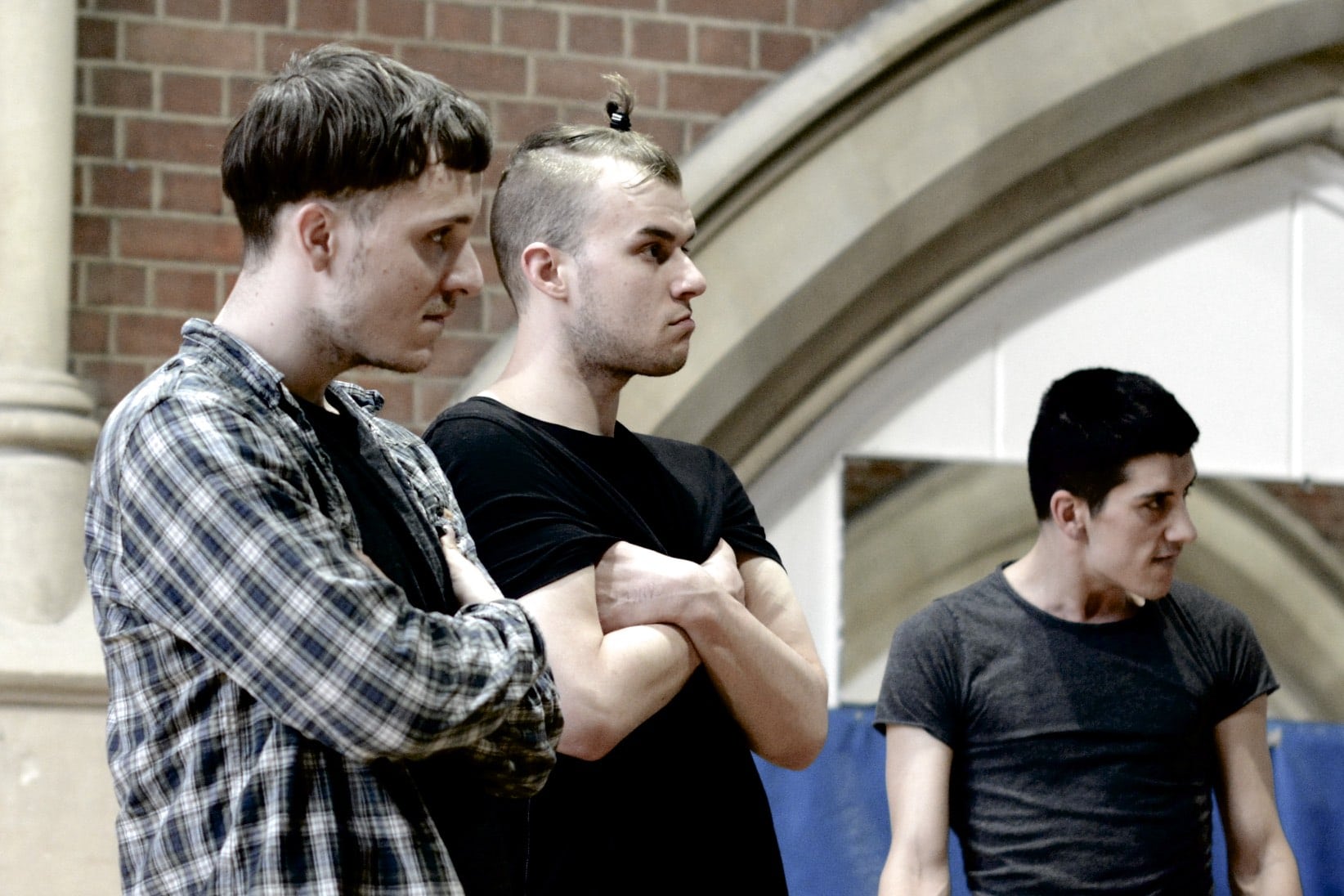 Since this was to be our final full week of rehearsals, Steve had told us that we would be doing a run through on Wednesday, Thursday, and Friday each in front of a new audience. For our Thursday run through we had John Wright in our company. Having the inspiration of both our director and the majority of the cast watching was slightly terrifying and for a split second made me question my life and why I was spending my time pretending to be a Japanese mermaid. However these fears quickly dissipated and the views of himself and the other invited audience members proved invaluable.

Another momentous occasion that happened last week was us finally finding an ending for our show! The previous run throughs have ended with Steve storytelling the ending to the audience, and I am sure the Fourth Monkey production team sighed with relief to see that there would actually be an ending to our story.  We have also added what can only be described as something similar to a naked mud wrestling scene, as well as fleshing out the mermaid scene, which if I have it my way will be going to the Edinburgh fringe this summer.

After doing three runs and tidying out many odds and ends it feels like we are ready to go into tech.

Four weeks of solid 9-5 devising is tough and it could be be easy for such a large group to want to rip each other’s hair out by the end of it, but this really hasn’t been the case. One thing people always comment on about our year is the strength of our ensemble and a true testament to this was during Friday’s run through when I accidentally tried to kill Amy with a crash mat in a transition and the rest of the company carried on the show biting their cheeks and digging their nails into their hands desperately trying not to laugh.

If that’s not the sign of a strong ensemble I don’t know what is.