Devising Project with Told By An Idiot: Blog 1 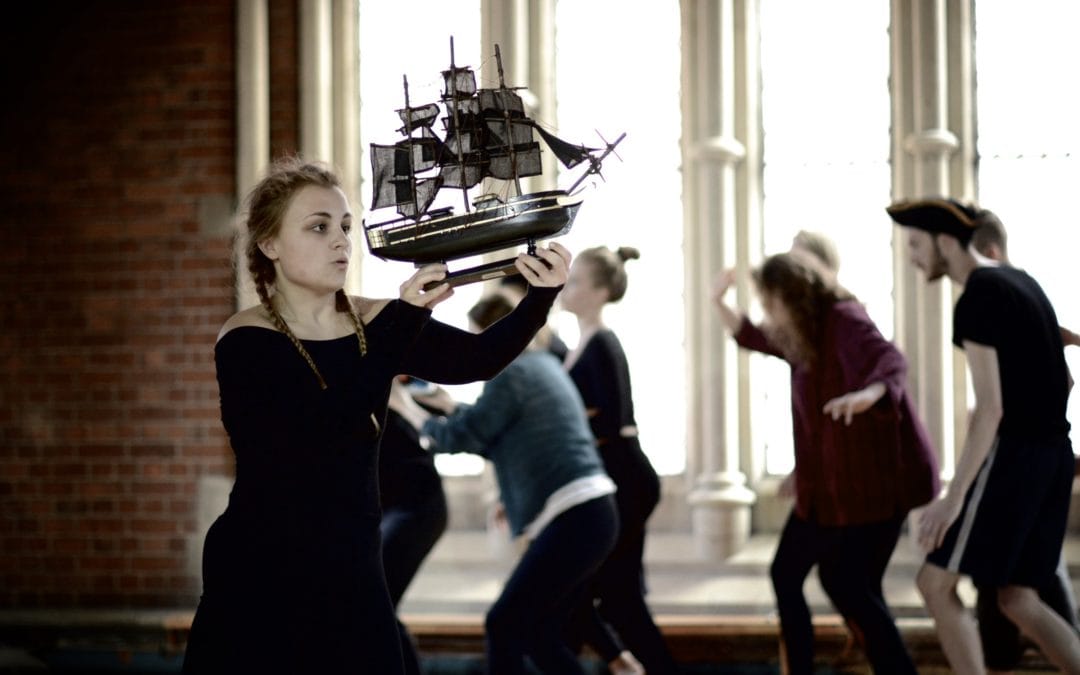 Devising Project with Told By An Idiot: Blog 1

Our second years are currently in a particularly exciting rehearsal room devising a piece with Told by an Idiot associate Stephen Harper. Two year rep company member Miranda Horn will be documenting their devising project on a weekly basis over the rehearsal period as the piece is brought to life before being performed at the end of May! Her first instalment is below:

At 9am sharp (or 8.40 if like me you still haven’t worked out which train gets you in on time a year and a half into the course) on Monday the 30th March the second years gathered with high spirits and drifting memories of “Tamburlaine” only remembered through bruised knees and scabby feet, to start rehearsals for our devised project to be directed by Stephen Harper from Told by an Idiot.

We were particularly excited as we had worked with Steve last term for three Friday workshops. These largely consisted of him playing the “provocateur” – imagine the baddest teacher you can, or best depending on your viewpoint, whilst playing various games, devising fight scenes, and having robot orgasms- I would explain but I am sure your imagination would far exceed any explanation. 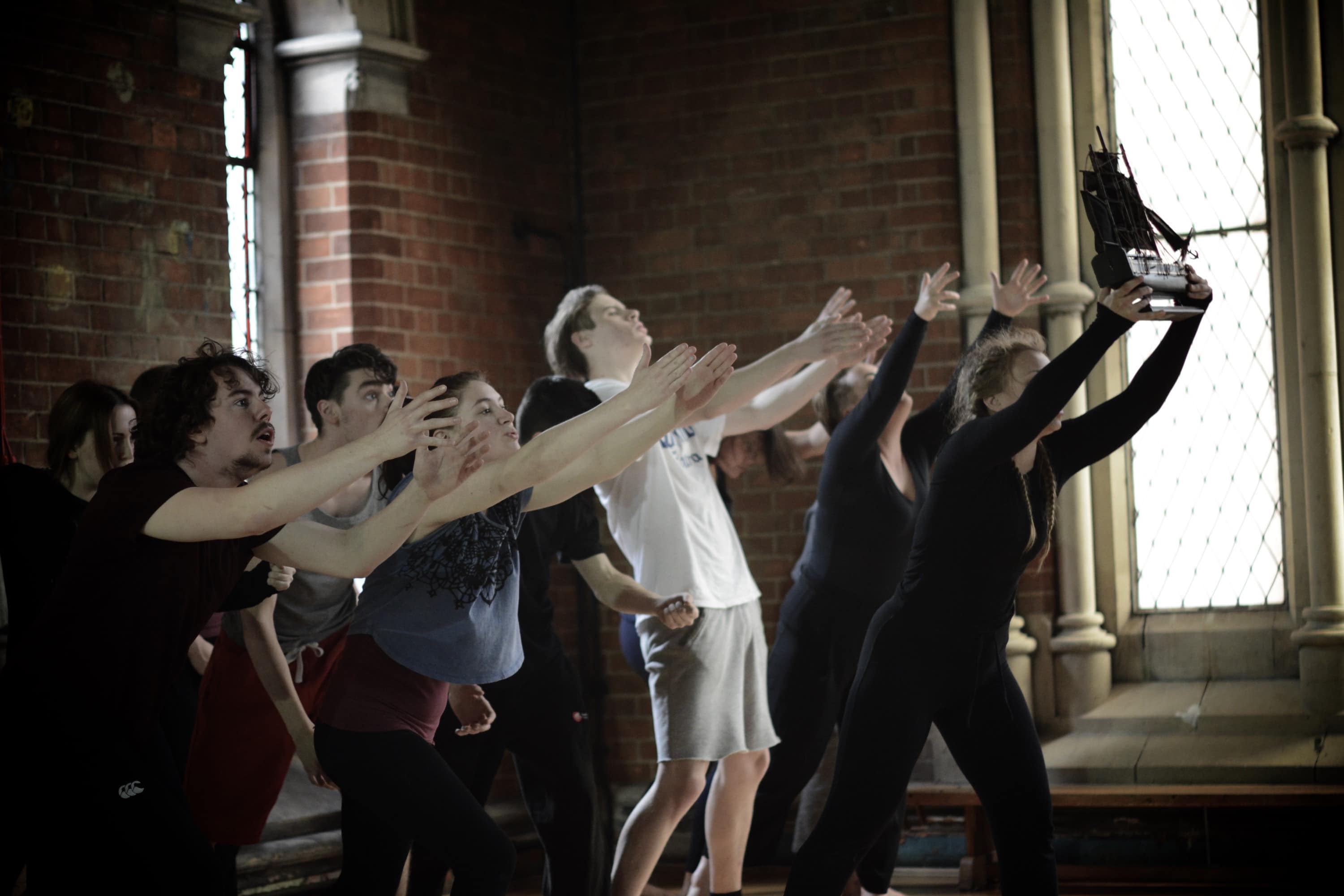 I am glad to report that the same tom foolery was ever present during our first day of rehearsals. As Steve put it “the first day of rehearsal is always easy to waste so that’s what we are going to do.” Cue us writhing with laughter playing ” nose tag” or Steve’s (patent pending) game of “grandmas footsteps in partners with clothes.”

Though this sounds like we have just been clowning around, which we have been and rightly so, by the time I am writing this blog we are well on our way with devising our play working title ” Hellcats” – I know right pretty damn cool.

Starting to devise from nothing is quite a daunting prospect and with everyone bursting with ideas for what we might do. It could be about anything but not war was the general consensus so we set up an “open space ” workshop. This was a new concept to me: Anybody who wants to put an idea in can and that person will then hold a meeting discussing their idea for 20 mins with anyone who is interested attending that meeting. However if you go to that meeting and realise you are not interested then you can leave, and also if you are holding a meeting and decide you are no longer interested you can leave your own meeting. This sat very well with me and I enjoyed flitting between meetings and soaking up only what I found interesting. Steve encouraged us not to be polite and even said when he did this before one boy went for a swim and that was great. 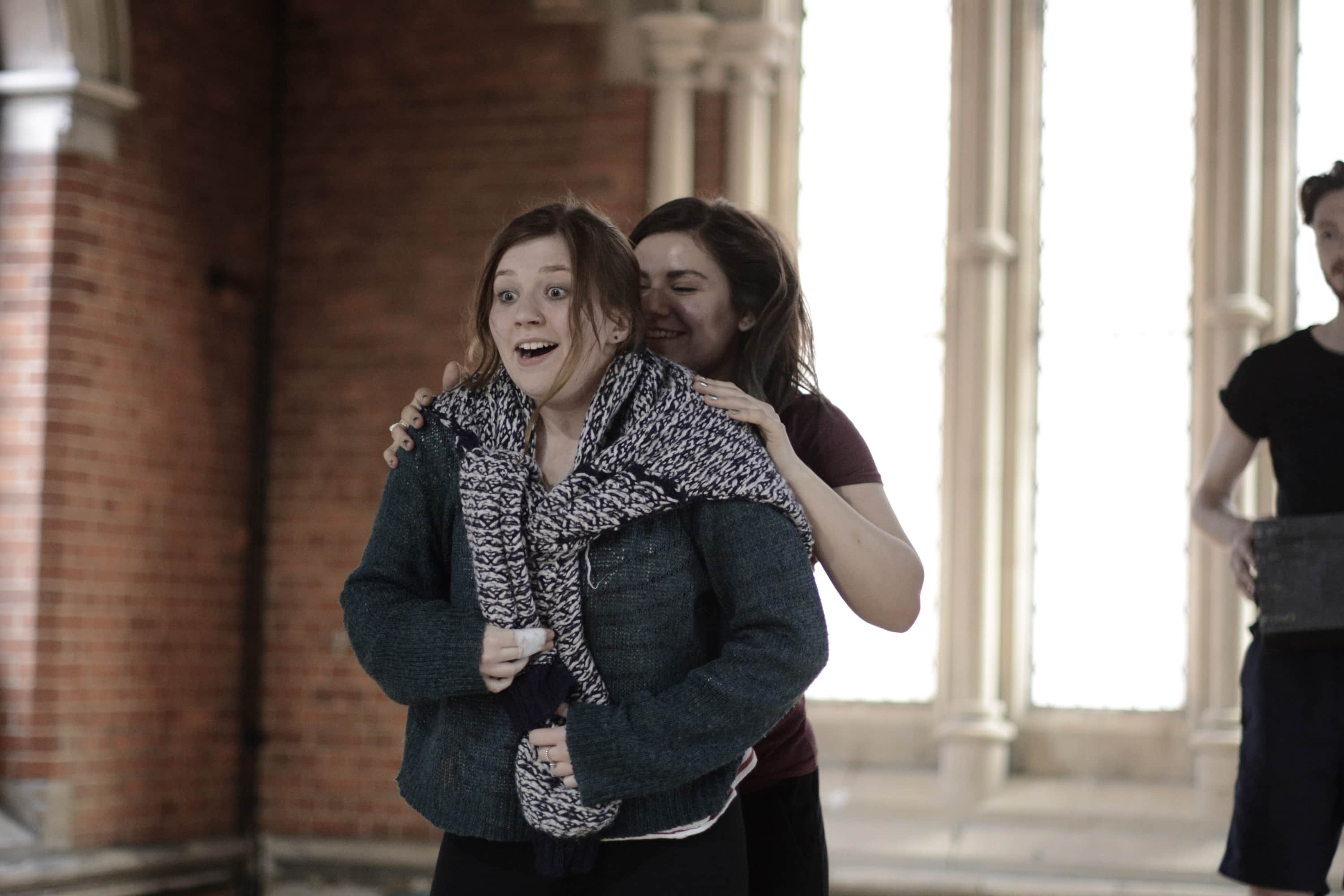 There was a huge array of exciting ideas flying about the room and everyone felt really excited about this piece of theatre that was very much going to be ours. After collecting notes, much discussion and the most democratic voting system I have ever witnessed, we decided on exploring the story of the first female pirates Anne Bonney and Mary Reed. Don’t expect a linear children’s tale though, there will also be two henchmen, a transgender, lesbians,and I say this with extreme excitement Japanese Harajuku mermaids..

Confused? Not even the half of it.