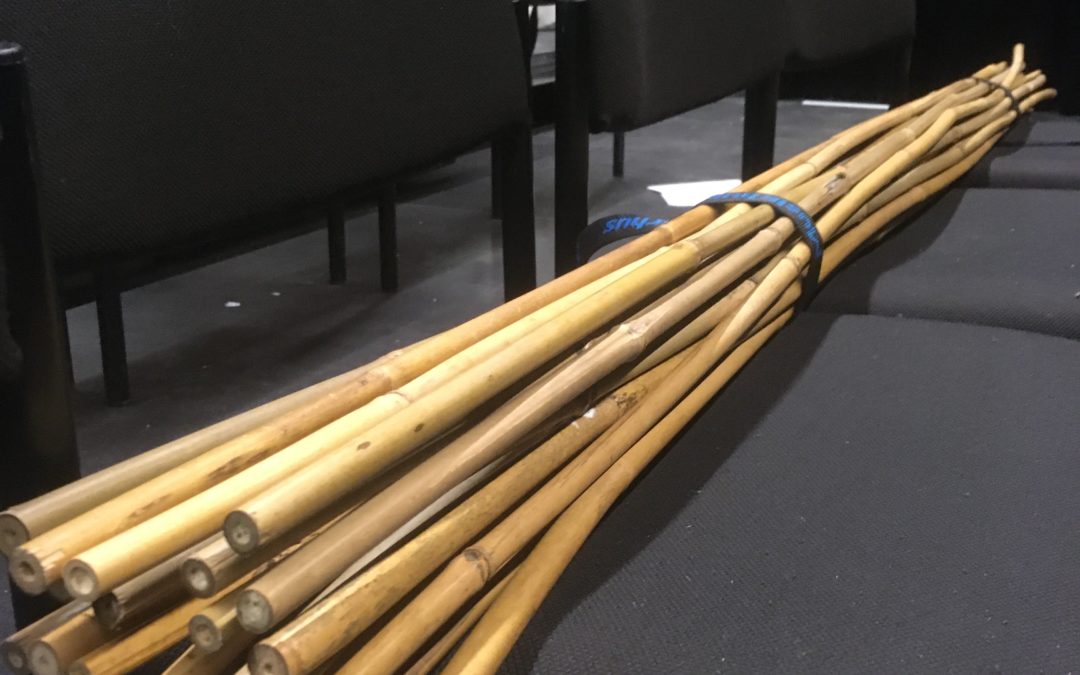 Year Two Student Maria Laumark recently went on a trip with our Artistic Director to Denmark, to take part in our international outreach workshops. Below is a little post that Maria wrote with her experience!

There’s something beautiful, something a bit magical, when two worlds meet. Two weeks ago, I went to Aarhus in Denmark with Fourth Monkey’s Artistic Director, Steve Green, to facilitate workshops at Theatre House Filuren and Aarhus Statsgymnasium. I grew up in Aarhus and ever since I started as a student at Fourth Monkey, I have wanted to connect the two worlds.

The contrast of travelling from busy London, on a Tuesday morning, to a tiny airport in a field in the middle of nowhere was striking. Luckily, Denmark offered some of her autumn sunshine to welcome us which makes everything look a little bit nicer. We were greeted by a very jolly bus driver and an hour later we were in the city centre of my hometown Aarhus – Denmark’s second biggest city, approximately the size of Newcastle. That evening, I went to see a new writing show at Teater Katapult, a venue that I have a strong personal relationship with and is responsible for my move to the UK to pursue playwrighting and Fringe-style theatre-making. 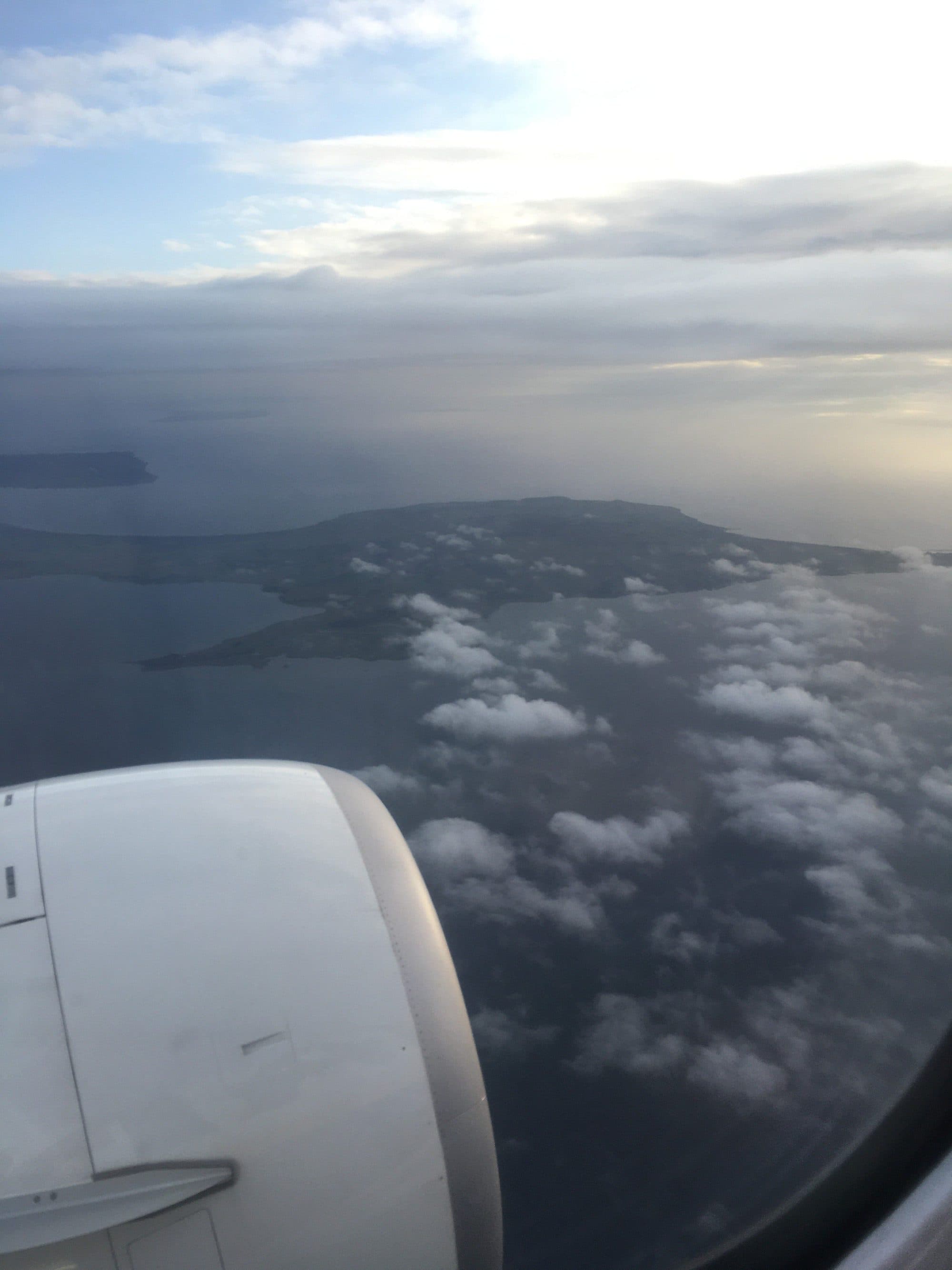 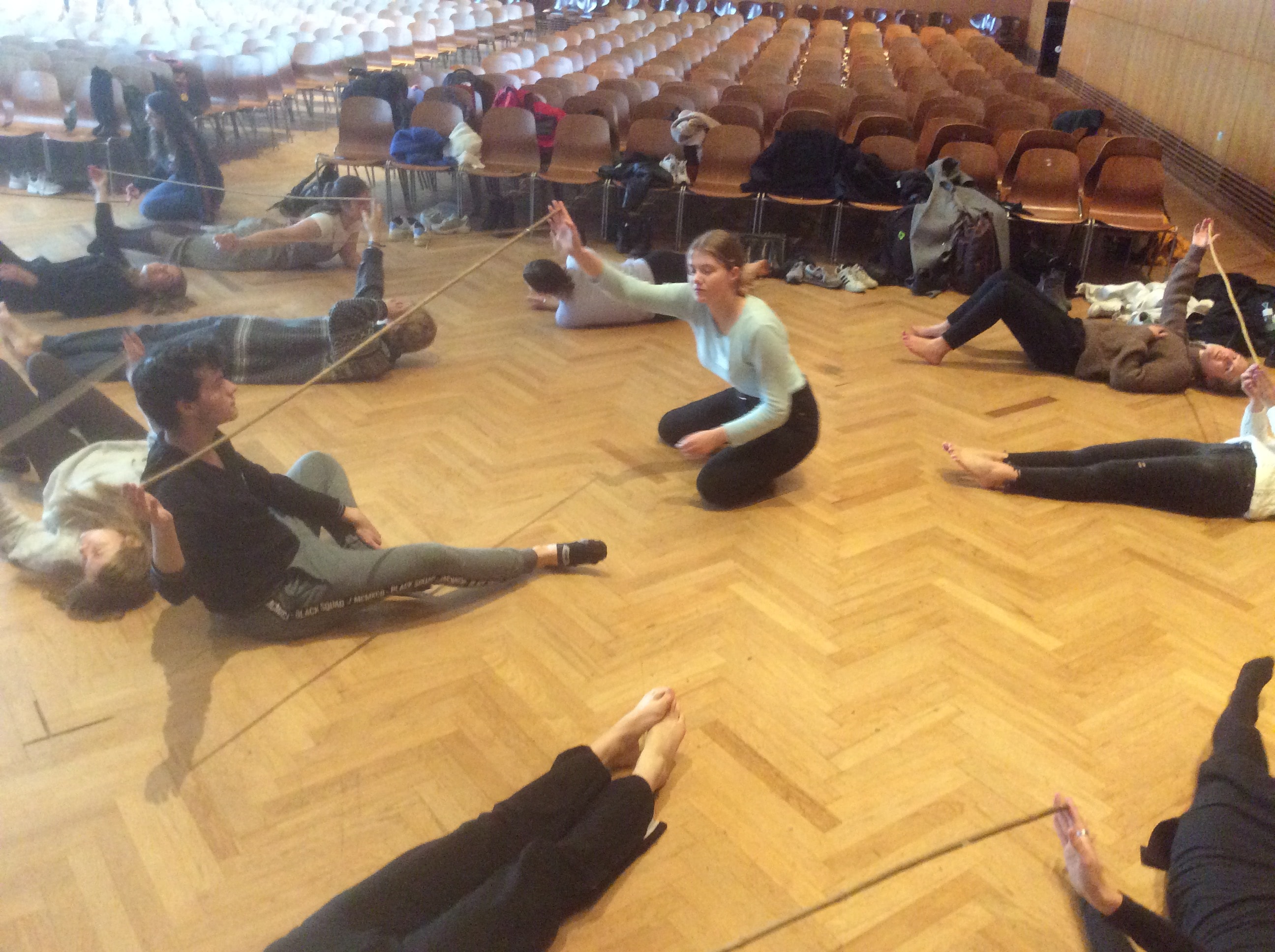 On Wednesday afternoon, we launched into our first workshop, with the 3rd year students of SGK at Theatre House Filuren. SGK is a performing arts talent programme for young adults that I attended myself when I was younger and later became a facilitator, assistant director and playwright for. There’s many similarities between SGK and Fourth Monkey’s way of working, devising and an ensemble focus being amongst them. As such, the workshop was a strong success, with the group quickly adapting to the style of the work and creating some truly interesting content.

Early Thursday morning, we ran our next workshop at my old high school Aarhus Statsgymnasium. Despite Steve’s surprise at the open nature of the school, and the lack of need for security (not exactly a protocol you’d find in London!), the session was wonderful and it was great to be back in the building again and have coffee with all my old teachers!

We held the last workshop later that afternoon back at Filuren’s SGK, with their 1st and 2nd year students. Despite some of my old students beating me in a game I was previously undefeated in, the session was another joyous one!

With all three workshops, it was great to see how focused and fascinated the students were. They all worked really hard and had such an interest in the creative process of the session, the nature of the training at Fourth Monkey and the experience of living in London too. For me, it was wonderful to have my gut feeling affirmed that the atmosphere at the theatre, and the students’ approach to the work would complement the ethos that Steve has worked to create at Fourth Monkey. It really was a beautiful meeting between two worlds, that now hold a connection that hopefully will continue to grow and develop.

Being back in Denmark, and visiting so many buildings that hold personal significance for me, I was reminded of my own growth and journey within the arts sector. I wouldn’t have found the training programmes and opportunities that have developed my creative process and skillset without this kind of international collaboration.