The Curtain Falls on Marlowe 450 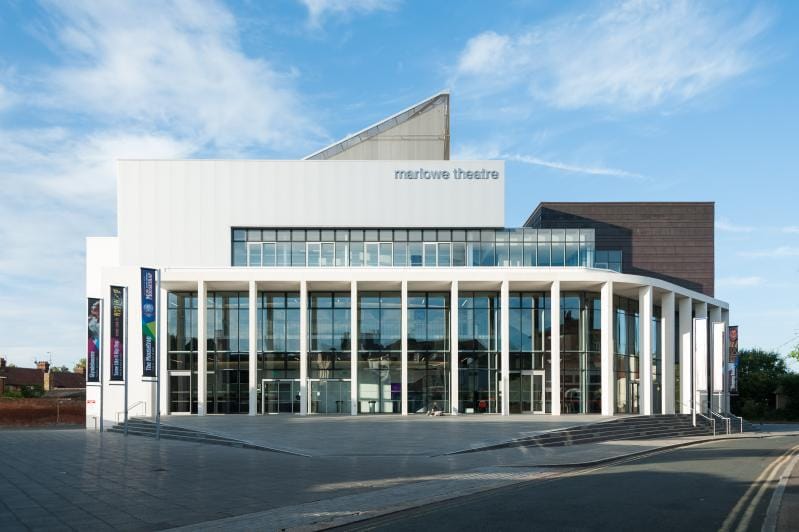 The Curtain Falls on Marlowe 450

After a somewhat gruelling few weeks, this band of blazing Fourth Monkey brothers’ Classical Season has come crescendoing to an end. Oh, I hear the crestfallen cries of mourning, echoing through the cobbled streets of Canterbury! I would advise against such exclamations, (partly due to the fact most that inhabit immediate the area are over the age of 60 and such actions may incur life threatening situations.) but mostly because another set of three performances are just around the not so cobbled corner of North London!

Yes I may jest, entirely for comedic purposes you understand, about the mature nature of our audiences during the Marlovian merriment in Kent. However, artifice aside, they were some of the most wonderful audiences we have had the privilege to perform before. As the opening show, ‘Faustus’ had the pleasure of giving those part of The Marlowe Society its first rip-roaring wild ride; a newly imagined world of Doctor Faustus and her many foibles. This included the prize-winning novelist Ros Barber who thought our interpretation was something, “as Marlowe’s representation on earth, he would be proud of”. Well! What more should we ask for?!

The moment we’d paused for breath, ‘The Massacre at Paris’ was being tech’d in the dusty depths of the city’s Cathedral and we’re into a completely different set of circumstances… The narrow streets of 16th Century Paris were all the more tangible when sauntering around various Cathedral courtyards in our traditional garb. The Guise was terrifyingly cheeky and Protestants were definitely not safe while we dominated the revered walls. We even had a special mention for one particular percussion piece that made us all laugh (Specifically; “THE RATTLE HAS BECOME A CHARACTER IN ITS OWN RIGHT”!! [Use of capitals and exclamation marks courtesy of Rowan Beggs, who now feels she is master of Rattle execution]).

The third and final week caused havoc in the country of Malta, with its Jew throwing money around the three-tiered set like it was nobody’s business. When actually it was his own bloody business and all this frivolity doomed both himself and his beautiful daughter to a sticky end. The Governor being likened to ‘Effie Trinket’, I think, says all you need to know about this production. Black comedy at its finest!

It is astounding the distance you can travel in just four days. I think the consensus was that by the third or fourth performance of something you begin to feel like you’re into the bones of the play, which would be about the time these shows sadly came to their final moments. That being said, this has been a learning curve for every single one of the Monkeys, energy and commitment are so important in this industry. You gotsta be yo’ best from the start, yo’! (I don’t know why I did that. I’m not ‘hip’.) We owe this exceptional opportunity to all those involved with both The Marlowe Society and The Marlowe Theatre. It was, sincerely, an evolutionary experience. And we thank you for it.

Now! Literally whipping the carpet of romanticism from underneath your escaffignins (a type of 16th century footwear that, frankly, I found so amusing I simply had to include it), we are catapulting you into our Contemporary Season.

To three extremely contrasting places we are going. FLASH. 1957 Madness, Kitchen, London. FLASH. 17th Century Witchcraft, England. FLASH. GodKnows, There Is An Ice Man, Made Out Of Ice, ICE! ICE MELTING EVERYWHEREEEE. Sorry, that was me trying to be cinematic with my writing with the whole ‘FLASH’ing thing, but I got a little over-excited (some may say ‘confused’) about the whole Ice Man thing. I feel as though you’ve got a feel for the types of places we’ll be visiting during May 2014 though…

Apparently, “No, pretending to be a camera and yelling about ice in capitals isn’t sufficient information.”

This week we commence what has already been, in just one day, a fantastic, foolish frenzy of pots, pans and any other culinary device you wish to use in your private spare time as we embark on the  corybantic West End of Arnold Wesker’s ‘The Kitchen’. Similarly to the Marlowe450, our company will be split in half to form the other two plays; Caryl Churchill’s chilling ‘Vinegar Tom’ and a piece of new writing by Fourth Monkey’s very own Toby Clarke in the form of ‘The Ice Man’, based on Haruki Murakami’s story of the same name.

Already promising to be a positively resplendent group of works, stay tuned for more cuisine focused laughs. I’m not trifling with you.