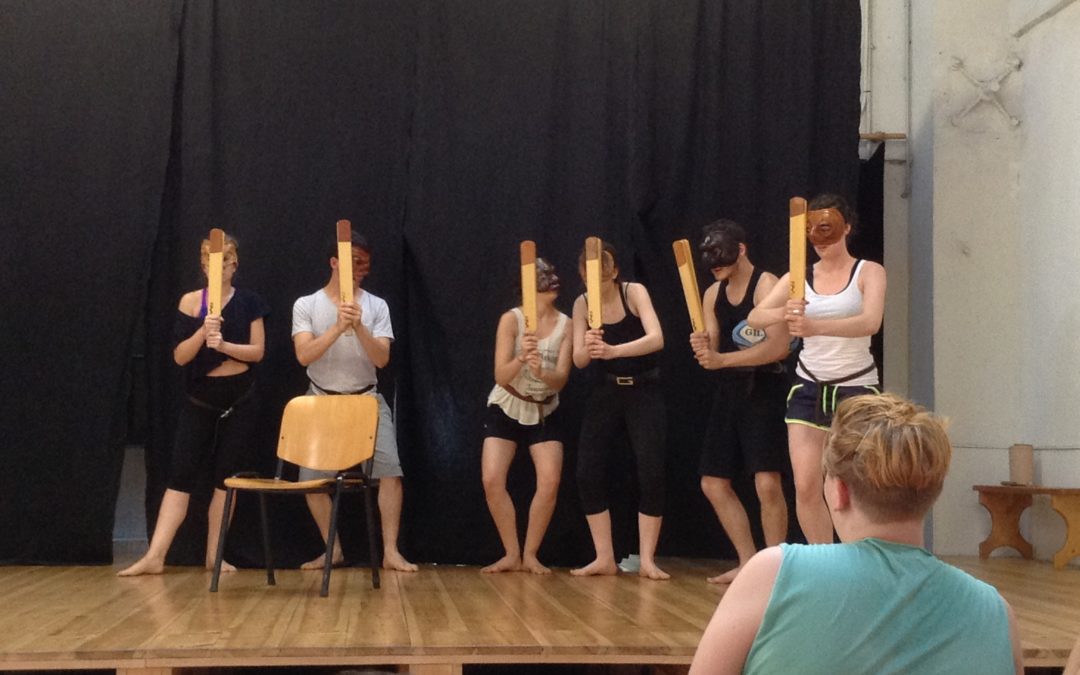 Monday morning of our third week began with Antonio telling us to ‘grab a weapon!’  Yes, you have guessed correctly, this week we are incorporating duals to our repertoire. After being taught the correct way to use the sticks and having great fun practicing, Antonio then showed us how these moves can be adapted to fit with each characters personality and behaviour. While the morning was spent enjoying attacking each other with sticks, the afternoon was spent in a much more relaxed way as we were introduced to the Unrequited Lover (The Mama/Mamo). This quickly became many peoples favourite character due to its’ penguins-like walk and ability to find the good in any situation. For the rest of the week, mornings were spent recapping and expanding our knowledge of the characters we have already learnt to ensure that we fully understand how the characters behave and how to use them. Antonio also used this time to show us different situations that the characters could be found in and included in a performance – la Signora and Pedrolino, sleeping Zanni, and my personal favourite, singing Zanni! 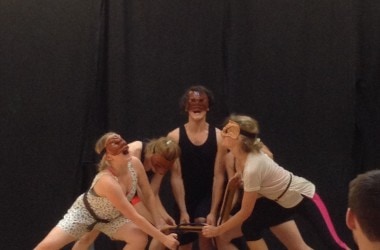 Our biggest canavaccios (performances) so far took place on Tuesday and Thursday afternoons. While normally we have been creating a piece around the character we have learnt that morning, these performance included nearly all of the repertoire we have learnt so far. This meant that the canavaccios were incredible challenging as we had to include and link together around five different story lines in a single performance – while making sure that we kept to the characters ‘profile’ and ‘rules’ of Commedia.

On Wednesday evening we were all invited to attend a play by one of Antonio’s friends based on the story of Countess Matilde of Tuscany. While it was performed in Italian, Antonio had explained the basic story line to us beforehand which meant that we knew what was going on! This meant that we were able to enjoy the performance for what it was rather than being sat there in confusion – although the acting was excellent so I doubt we would have been in that position! The evening was made even better by the fact that the lovely Dina (Antonio’s’ wife) cooked us all homemade lasagne along with a million other incredible dishes to have before the show – this woman is a saint! We were also lucky enough on Friday evening to see the first performance of ‘The 12 Labours of Punchinello’ – a one woman show based on a children’s book written by Antonio himself. Although it was once again in Italian, knowing the different characters and the different tricks of Commedia meant that it was incredibly enjoyable and it was brilliant to get to see some form of Commedia Dell’Arte being performed during our time here.

With another weekend filled with sightseeing and relaxing our third week in Italy is over – now onto rehearsals for our final canavaccio!