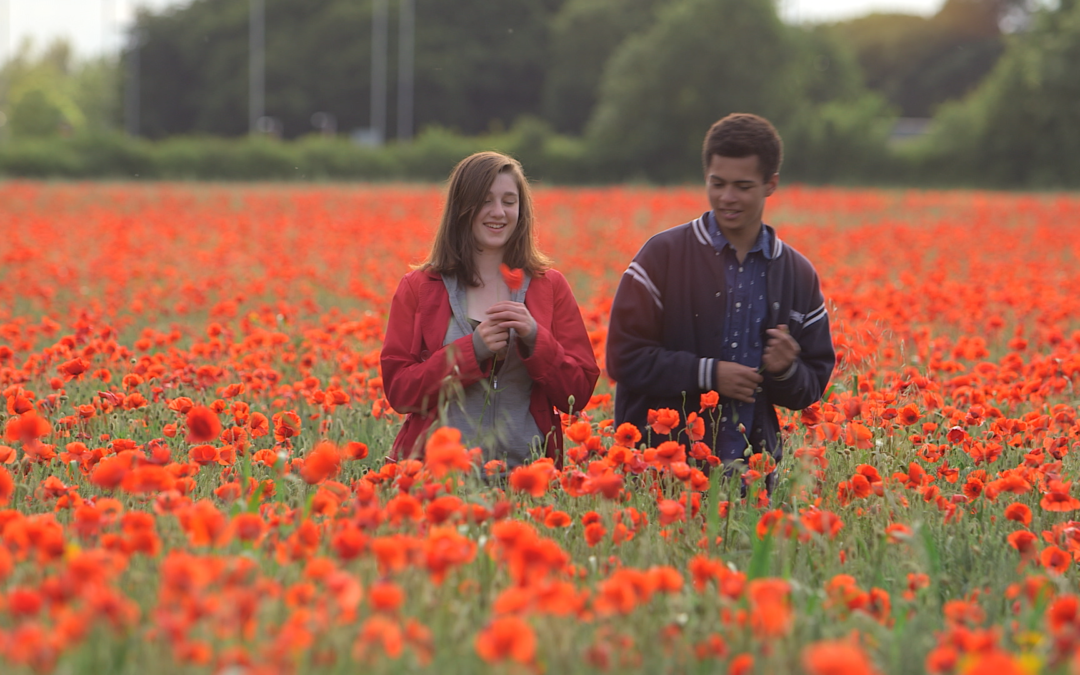 As they prepare to graduate into the Industry this summer, we are excited to see how our Class of 2022 act, make, move, collaborate as the next generation of Fourth Monkey actors and artists!

An award-winning coming of age drama directed by BAFTA-nominated director Shona Auerbach and set in rural Warwickshire, new feature film Rudy features Esther McCormick, a member of our graduating ensemble, in the titular role and will be screened as part of CineCov’s programme finale events in Coventry for the UK City of Culture year on Sunday 8 May. We were delighted to see Esther taking part in this project and we spoke to her about how she became involved and what she learned from the experience, plus how she hopes it will help her evolve her practice as an actor as she prepares to step out into the industry… 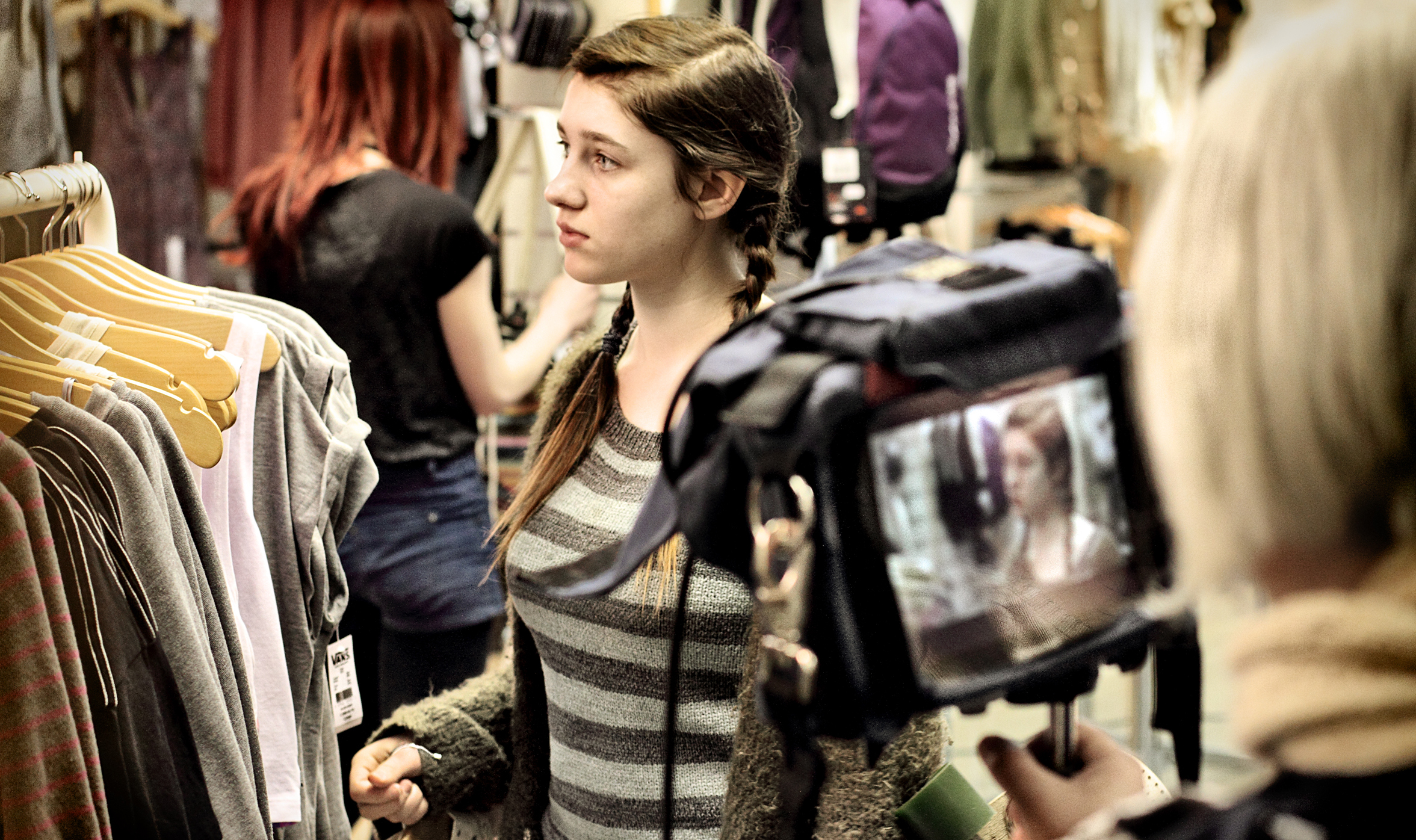 How did you find out about Rudy, and what appealed to you about being involved with this project?

Rudy is set and was filmed in Coventry, which is about twenty minutes from where I grew up, and I was only fifteen years old when this project was offered to me. At first I was terrified that I was going to make a mess of it, as being trusted to play the lead in a feature film at that age is quite scary! But, of course, I did it in the end, and it was probably one of the most influential things to happen to me in my career so far, and in my life at that point.

Can you tell us a little about your character, Rudy, and her journey through the film?

Rudy is a skateboarder from Coventry and as the film starts, she is grieving the loss of her Mum, something that means she has had to take on a kind of parental role to her younger siblings. Her relationship with her Dad is very strained; neither of them really know how to express the intense grief they are feeling and so are unable to share their pain with one another. The film sees Rudy start to discover who she is as a person, including fall in love for the first time among many other discoveries, all of which you will see when you watch the film. 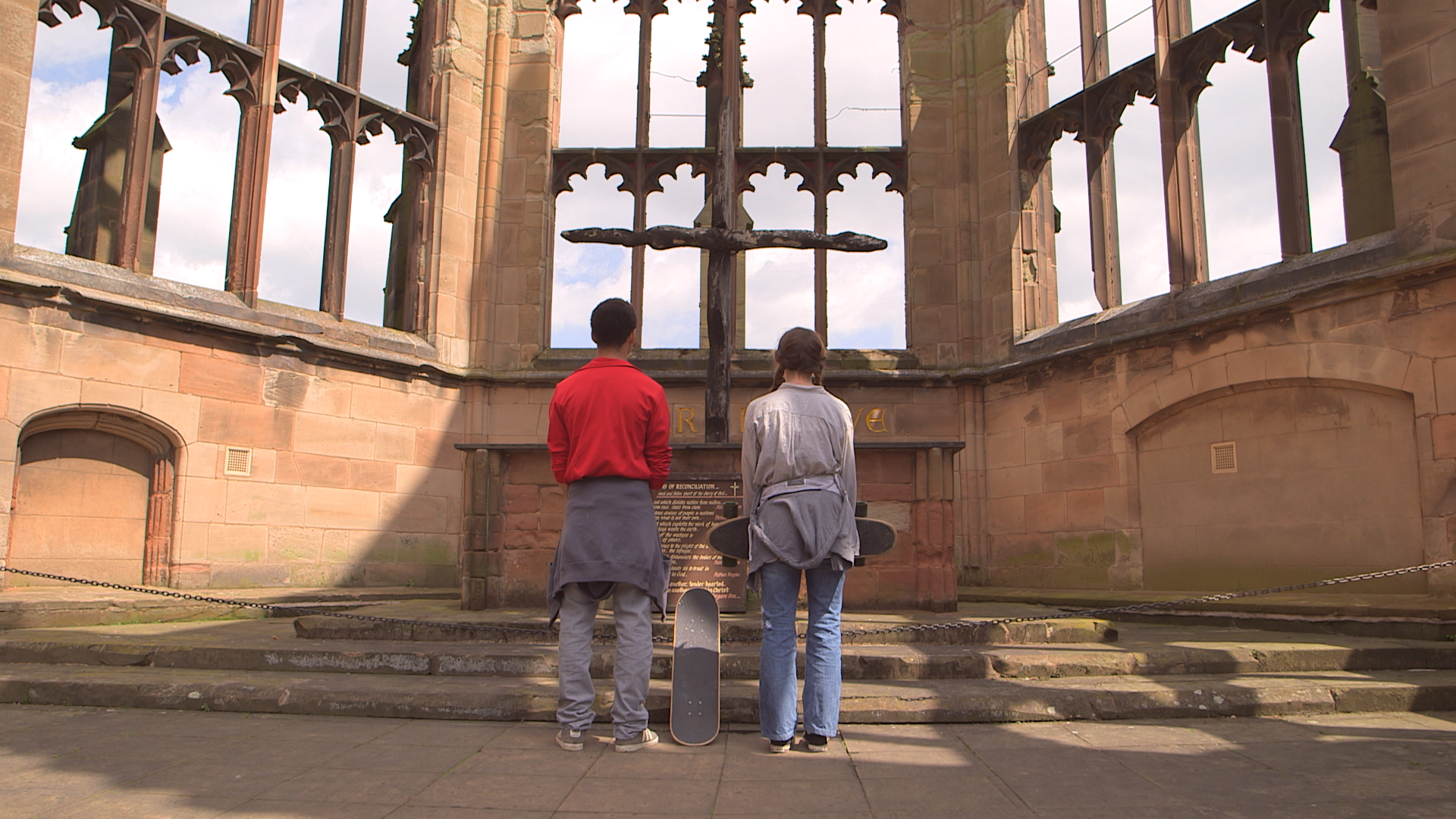 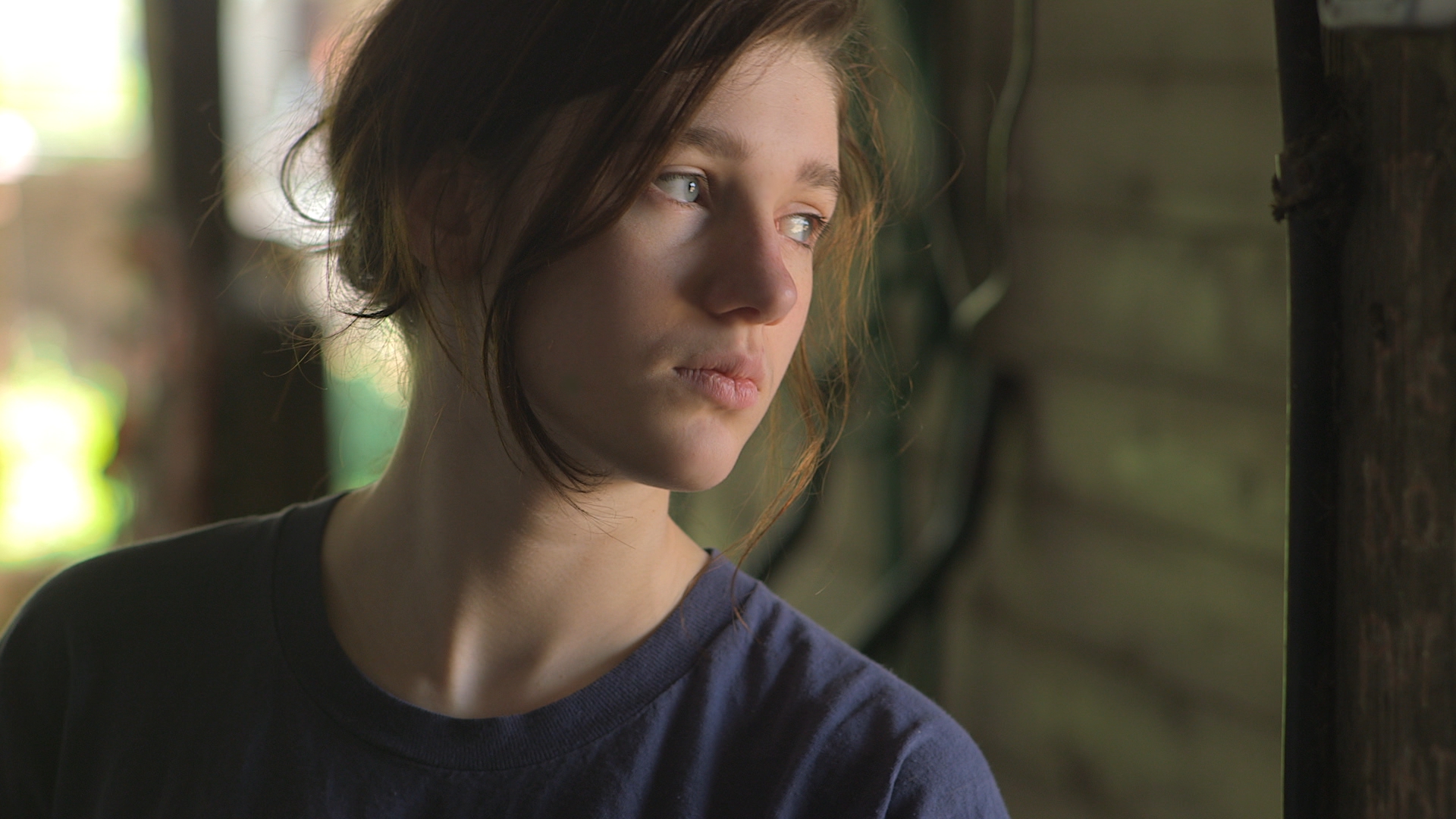 How does this character grow and evolve as the film progresses, and how did you approach this challenge as an actor? Did you do anything specific to help you prepare?

Rudy grows so much throughout the film and goes on a real journey emotionally, which was definitely challenging! Having not completed any training at all at age fifteen, I didn’t have access to a lot of the tools I now have after my training, so I was given a small acting for camera crash course along with the actor who played Luke (Kanune Morrissey) by an amazing director and workshop leader called Ross Berkeley Simpson. He gave me some great tools to start understanding how you might act on screen – he even did exercises with us by holding a camera as close as possible to our faces so we could practise ignoring it.

However, the biggest learning curve came in the months we actually spent filming, as it felt like a real baptism of fire – I learnt so much just from doing it and being on set, filming. Even though we didn’t film chronologically so nobody else can see this, just for myself and from my own perspective, I can see an improvement in the trust I had in my own abilities by the end of the filming process and the final shot which we filmed, I think is one of the moments I am most proud of!

What did you find particularly enjoyable, challenging, or surprising about the experience of working on a feature film and with a BAFTA-nominated filmmaker?

Not only was it a feature film, but one made in an extraordinary way, in that there was no money involved – feature films just don’t get made in this way! This is usually a situation for student films or short projects, however the difference being on Rudy was the whole crew were professional filmmakers who had worked in the industry for a long time and knew what they were doing to create this. The lack of budget meant a lot of things, including a very long filming process, (and an even longer post-production process), and it also meant that everyone involved was taking part almost as a passion project and out of the goodness of their heart, because they genuinely were invested in supporting the project in being made. This included people like Darren Day, who plays Rudy’s father, who was amazing to work with and such a joy to have around on set! This resulted in the spirit and the atmosphere on the set was one of pure joy and passion for filmmaking – nobody was just trying to “get it over with”, everyone involved had really chosen to be there, which was truly an extraordinary and rare experience.

Shona Auerbach, the director, was wonderful and knew exactly what she wanted from every scene which was so good for me. I knew we would keep rolling until it was right. Although this sometimes meant multiple takes when it was a tricky scene to do, it also meant I had absolute faith that I could trust the work would be right at the point when Shona said we could move on. At that age (fifteen), I think we have a lot of judgement about ourselves and our acting too, (well, I did!), so Shona made the decision that when we were filming, I would not see any of the footage. At the time, I really wanted to see my takes and watch them back, however I completely believe this decision was for the best as it meant I stopped comparing and analysing my own work. 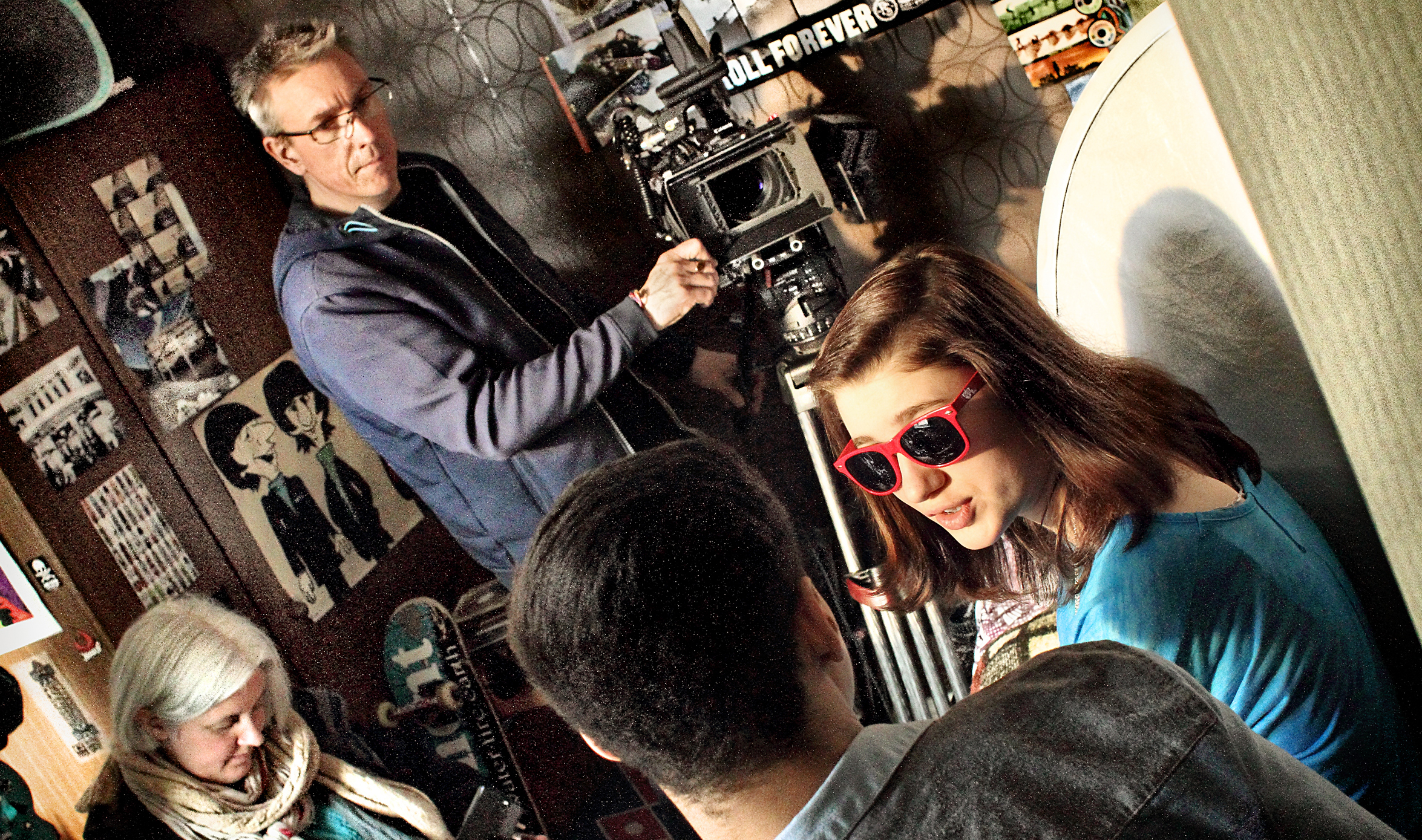 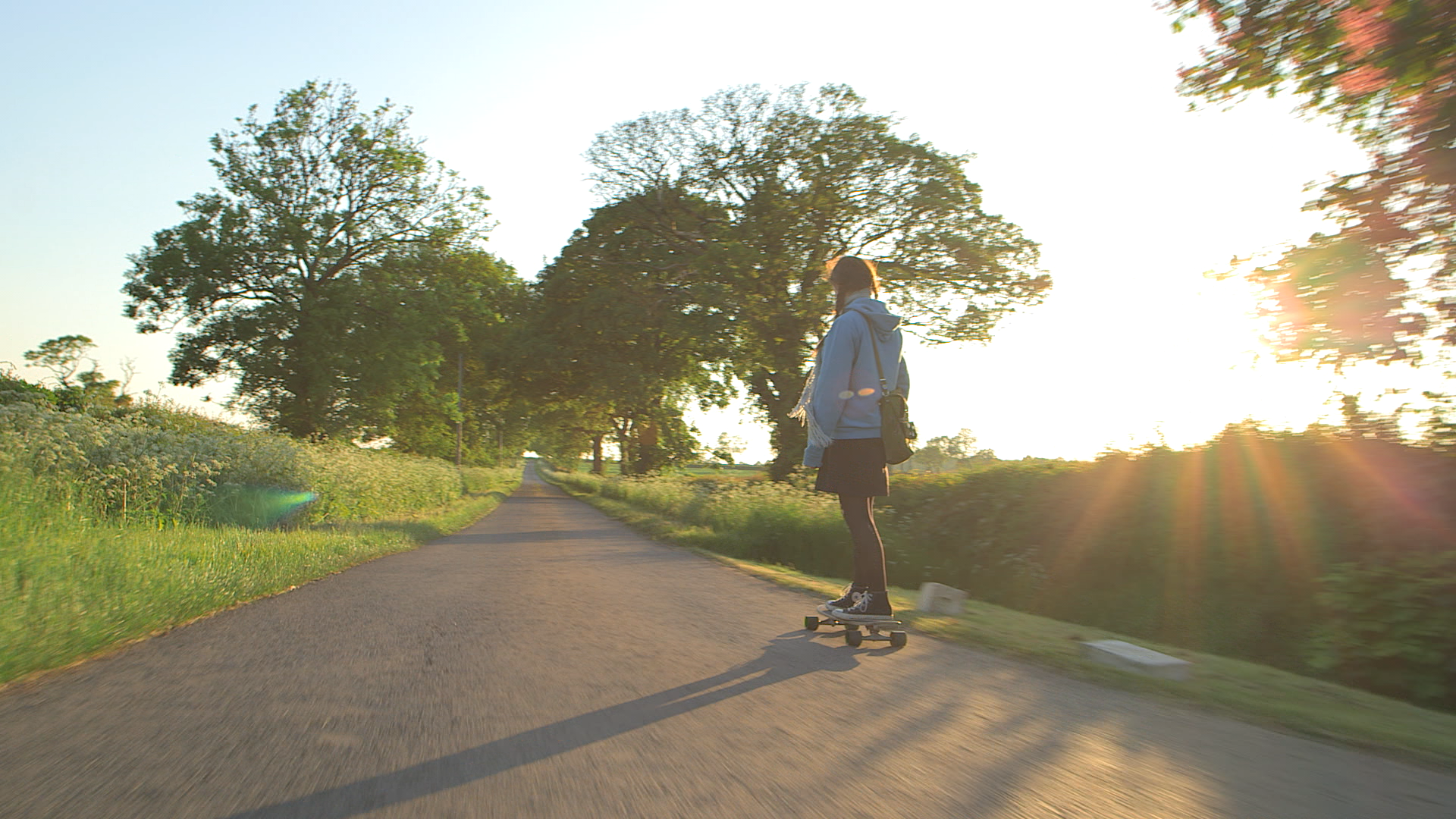 Finally, what did you learn about yourself as an actor through working on this project, and how do you think this will help you evolve and explore your practice as you complete your training on Fourth Monkey’s BA (Hons) Acting degree?

I truly learnt a lot. I can honestly say that this experience has been one of the biggest influences on how I work today – it was like essentially a months-long whirlwind workshop on how to act on screen. This, alongside my training with Fourth Monkey, has put me in good stead to be really comfortable in front of the camera and has also made me really excited about graduating in September and looking on for more work in the industry, as well as continuing to help promote Rudy, as this beautiful film is finally seen after all these years of hard work.

You can catch Rudy, plus enjoy a Q&A with the director Shona Auerbach plus the cast as part of CineCov and Coventry City of Culture end of programme finale on Sunday 8 May 2022.

Plus – keep up to date with future screenings and film festivals follow the film via social media!

Learn more about Fourth Monkey’s Class of 2022 and their upcoming Classical Season of work here.