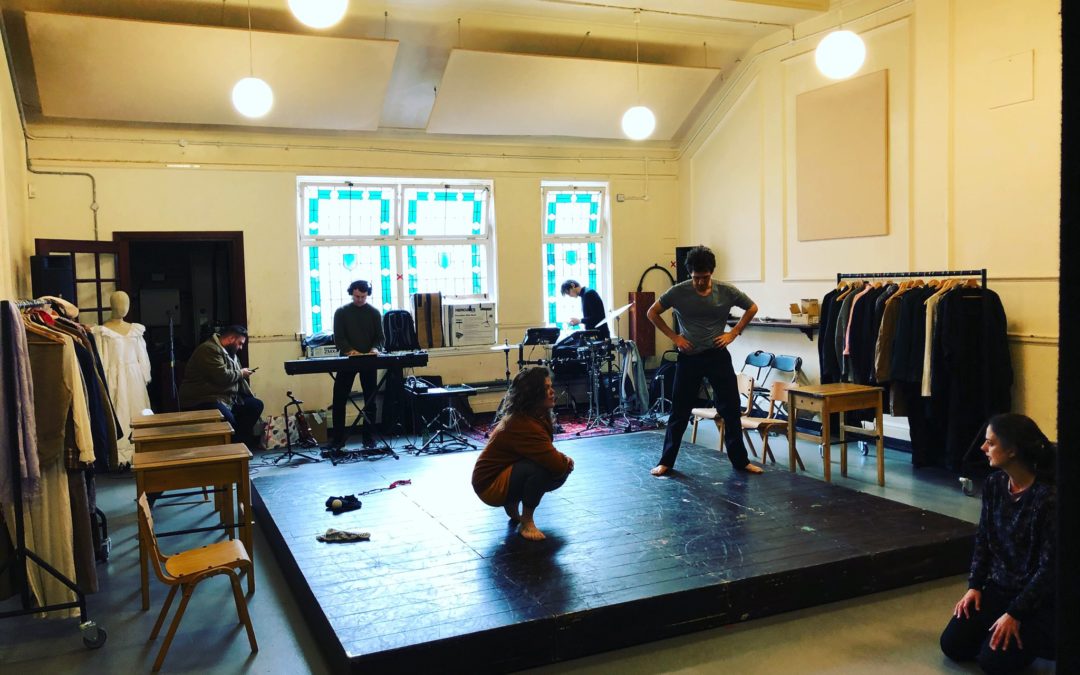 Calum Littley, Two Year Rep Graduate from the Class of 2018, tells us about his career as an actor and creator after Fourth Monkey…

Once a Monkey, Always a Monkey! Over the coming months, we will be bringing you a selection of Q&As with our alumnus to give you an insight into why they chose Fourth Monkey for their training and what they learned during their time at the school, as well as where their careers as actors, makers, creators and collaborators have taken them since they graduated from the Monkey House.

To kick off 2020, Calum Littley tells us about the work he has been doing and the projects he has in the pipeline for the new year…

I applied to Fourth Monkey initially because I struggled working physically and thought the best place to improve would be somewhere with a strong emphasis on physical work. Then I went to the audition and knew it was the right place for me. Straight away, I just got a very positive feeling and loved the concept of the ensemble – it all just seemed right.

Hard question! If I have to pin it down to a few, then developing clown with Steve Sobal will always be up there. Clowning is truly an essential skill and something I have used continually in my life after Monkey; a class that can make you laugh, cry and see the world in a completely different light. Our devising project and final show being directed by Theatre RE. The way they worked really spoke to our year group and the process was intense, physical and wonderful. Creating a truly ensemble show combining so many skills and forms of theatre was a delight to be a part off. Finally, our Experimental Fringe project in year two. It was fascinating and a genuine honour to assist my ensemble in making their ideas a reality. 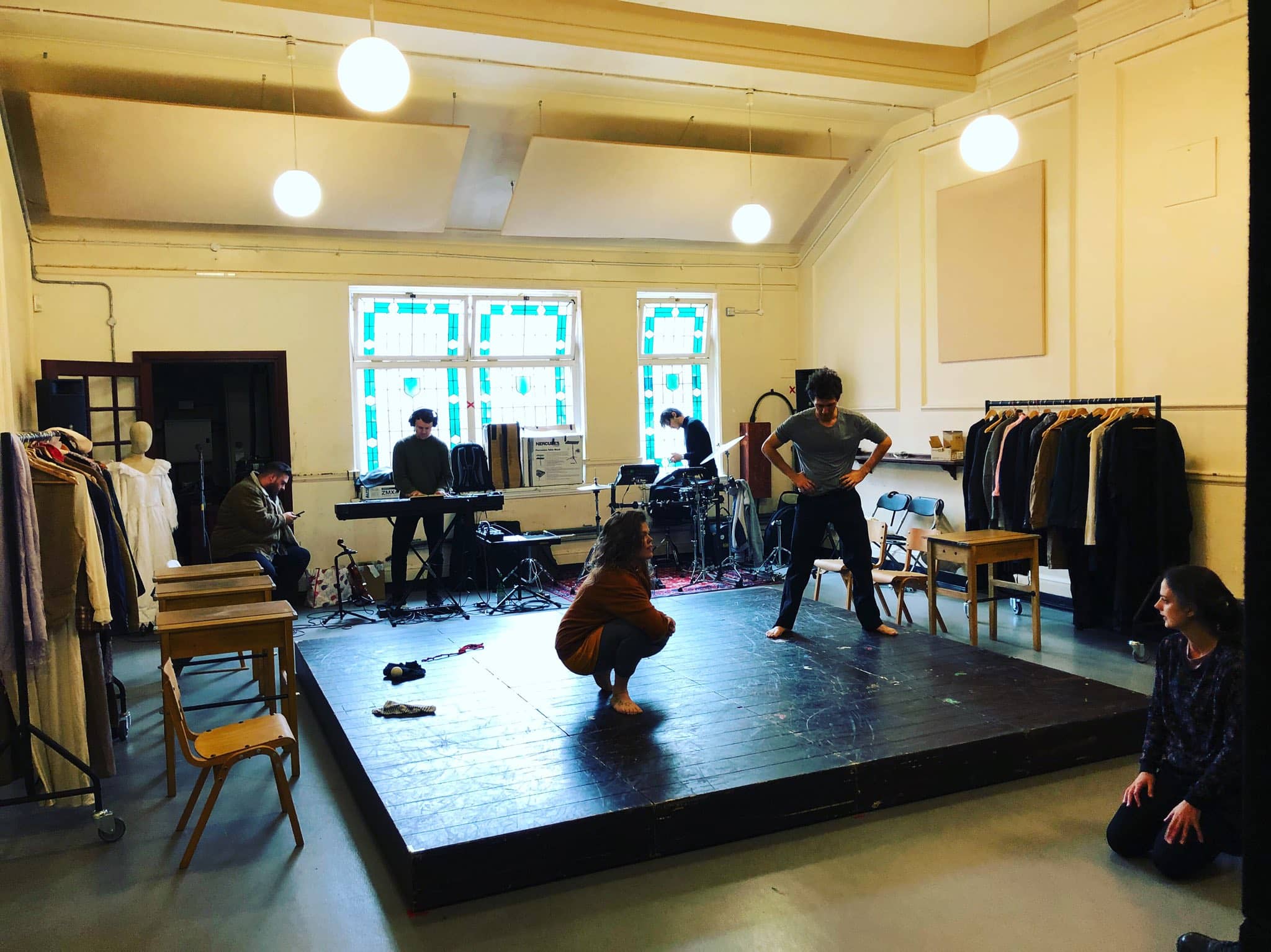 I have been fortunate enough to work with Theatre RE playing Mike in the Nature of Forgetting performing in Mexico and the US. It has been easily become a life highlight working with Guilliame and the team and something I am very proud of. I have also toured a panto in old people homes and community centres – I played a cow, which was a dream come true! Also you will never be more tested on your clowning and improv skills. I have done a bit of filming with Netflix on the show ‘I Am A Killer’, an opportunity that came through my Fourth Monkey Alumni friends which made it even better.

Any exciting projects on the horizon that you can share with us? Is there anything in particular that you’d like to try or work on?

I will be working with Theatre RE again touring The Nature of Forgetting, we have been invited back to the US to do another tour on the west coast and there are some exciting places in the pipeline but they are yet to be announced! In the next couple of weeks I will be doing a short film and hopefully when I can get things in order I want to officially start up my own theatre company and get back in the room to work on a bunch of new ideas. 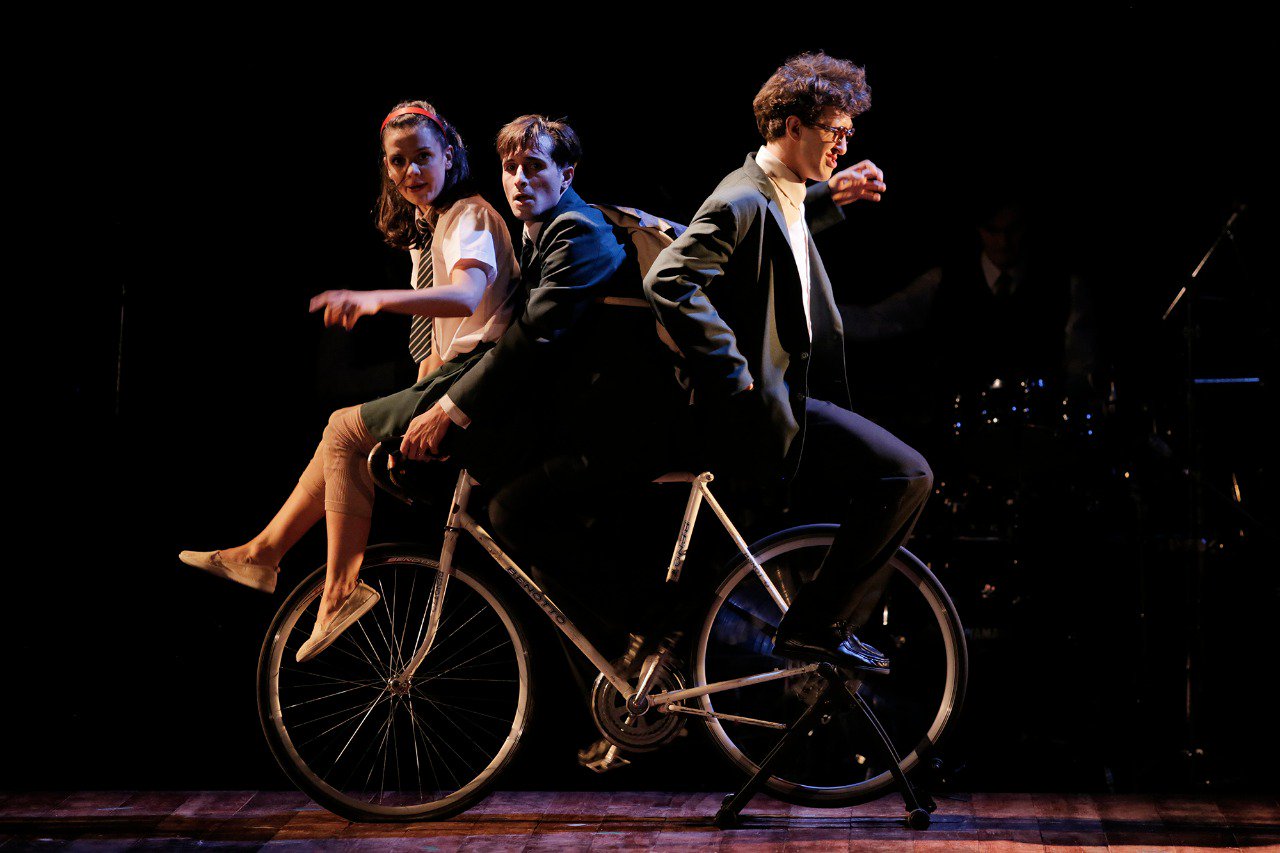 Loads of people! I would always be interested in working with All In Theatre run by Stephan Sobel, a fantastic clown and someone who has been an inspiration to me personally. Also Punch Drunk Theatre Co. – the work they produce is a phenomenal example of beautiful ensemble work, and there is always something new and exciting in their work. Finally, all of my Ensemble that I trained with! If any of them wanted to work together, I would jump at the opportunity, we had a common language and there were a lot of brilliant minds in that room.

Is there anyone who has really inspired you when you’ve collaborated with them in the past? If so, tell us a bit about them, the project you worked on together and how this has influenced or shaped your approach?

Again, there is a whole bunch of people who immediately come to mind. However, to pick one, I would have to say Rich Rusk. Rich was our Director for our Contemporary season production of Ghetto by Joshua Sobel. He is an associate director for Gecko, who are simply incredible, and probably the hardest working man I have ever met. His approach to using the body to generate work and just playing are so simple, yet the results are outstanding. Working with someone that has his passion, enthusiasm and sheer work ethic inspired me to be positive and never give up, which is imperative in an industry such as this.

What was it about their work or the projects they’ve undertaken that you found most interesting or most inspiring?

We had a saying; “with love in your heart” and that’s how you would approach everything in the room. Using that mindset, you can delve much deeper into the vulnerabilities of your character. When you’re creating any piece of work, it gets complicated. At some point, there are inevitably tears, frustration, extreme joy, insomnia and a mass of voices and emotion in the room but doing it all with love in your heart makes it a hell of a lot easier and ultimately the result is better. Plus, the amount of work that Sobel produces is insane, working around the world and on such a wide range of performances, it’s living proof that hard works pays off!

As we move into ‘audition season’ here at Fourth Monkey, what are your three top tips for any prospective students on audition day? 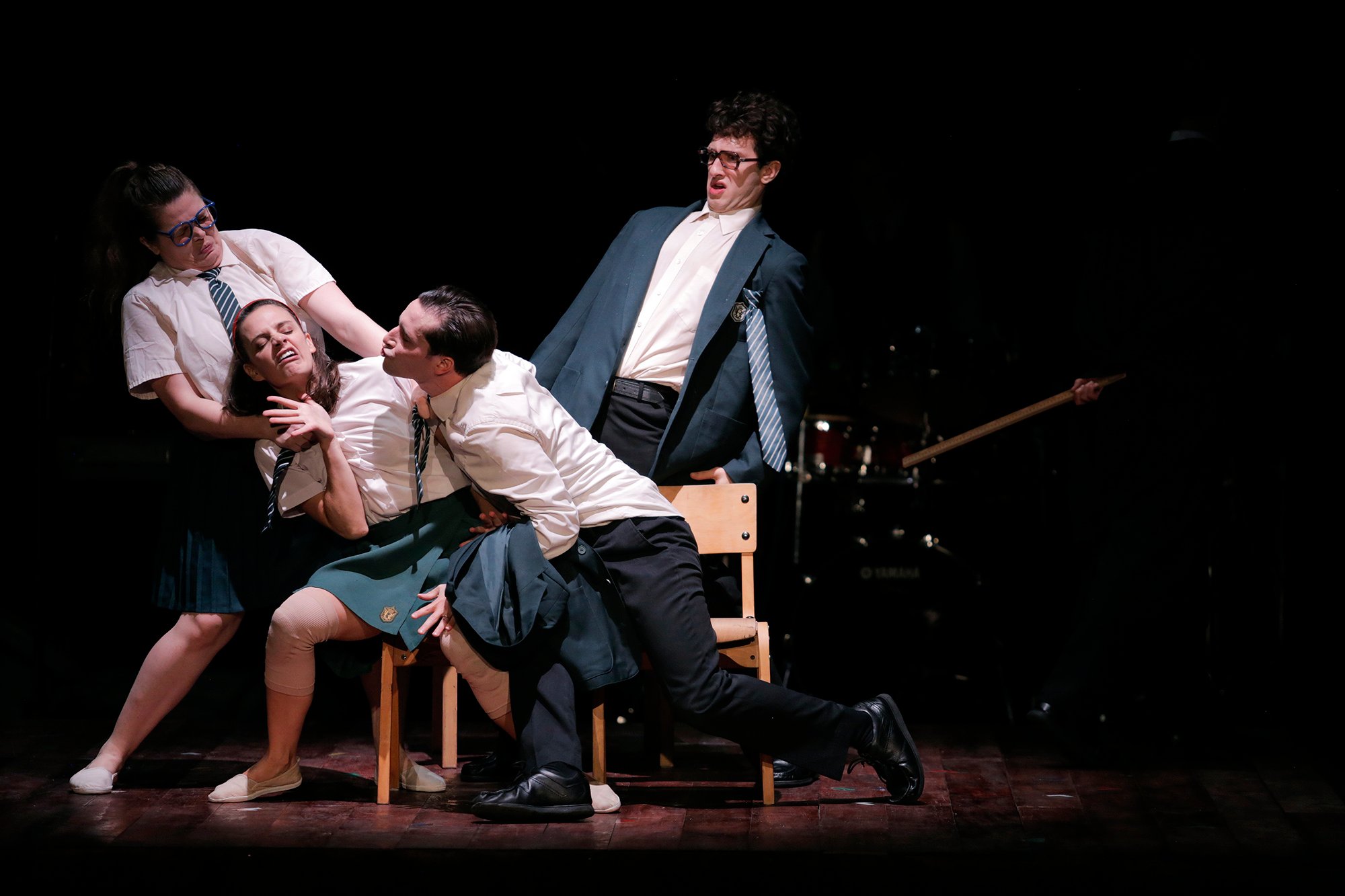 Photos taken from The Nature of Forgetting and Theatre RE rehearsal shot, courtesy of Calum Littley.