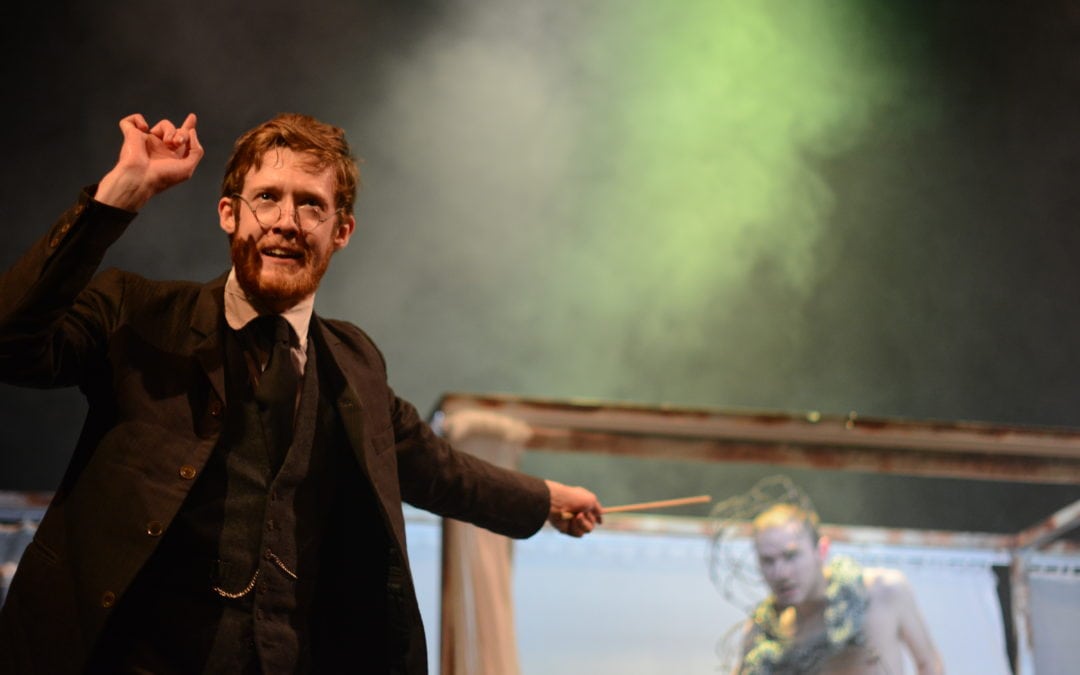 Note to self: This is what it’s all about, being in the rehearsal room. This is where the fun is at!

As the proud artistic director of Fourth Monkey’s actor training programmes I tend to find my working day comprises of a lot of email replies, meetings and a significant amount of paperwork. Only occasionally do I get to play in the rehearsal room with our actors in training, a rare pleasure and one I miss if I’m completely honest with myself, not to mention the impact a lack of exercise has had on my waistline. The hairline too, but to be fair that went years ago. The rehearsal room is clearly where I need to be for the benefit of my physical health as well as my mental wellbeing, at least once in while anyway.

However, returning to the room I’m reminded that the role of the director is a lonely, complex one; not part of the company, yet paradoxically the leader of it, not the producer but nonetheless the one who gets to stamp their feet the most. My cast have been awesome, we’ve had loads of fun and worked incredibly hard but this directing lark requires a significant degree of patience at times, patience in yourself. Often as you strive to paint the pictures, they are only faintly formed in your own mind and it is then when you turn to the actor’s skill, to fill in the watercolours. That is when the magic happens and when you know you are working with pros. They bail you out with their creativity and that is both rewarding and relieving in equal measure!

Actors are funny though aren’t they? I can say this because I used to be one. Some actors require an arm around them coupled with positive encouragement to avoid the tears, others may require a kick up the backside (this was me) but you need to manage each with equally delicate and efficient hands to get the best work out of a company. Of all the bodies in the room, along with the most unsung hero of them all the stage manager, you too must be one who dodges the limelight, as you simply aren’t going to get it anyway and rightly so. The worst directors in my opinion are the one’s who make the play or the experience about them, it isn’t. Fact. It’s about the cast and the script, nothing else should get in the way. The director is like a football referee, you don’t even notice the best one’s are there.

Rehearsing for a tour is not all a bed of keepie-uppie though, there are a lot of factors to be taken into account; the variable stage dimensions and technical specifications from venue to venue, requiring you to continually modify the production upon arrival. That is something this young company have all got to look forward to over the coming weeks and months as they tackle a variety of venues from the large thrust stage to the small studio box. It’s going to be fun and in every sense a fantastic place to continue to develop their craft.

We start our tour in the South West, taking in the Queen’s Theatre in Barnstaple, right on my home doorstep which will be both weird and wonderful. My first ever drama teacher, the indomitable Neil Bennion confirmed on the audience list and other old faces too I hope and imagine. After being repeatedly swallowed up, drowned and reborn by London for the past 23 years to return exposed and a little naked to my home town will feel a tad funny I’m sure. The, ‘that’s what he’s been up to’ kind of line will serve as both judgement and praise…but whatever the critics I cannot wait.

To be able to exclusively dedicate a number of weeks of my life to Elephant Man, the inaugural tour with our professional Ensemble has been a privilege. To work with five of our graduates on this production has been an absolute joy. It is with thanks to those believing in us and the project, from our wonderful Producer Patrick Collier to the Arts Council and North Devon Theatres amongst many others, that we are able to go on this exciting journey together. I simply cannot wait to see it in front of an audience…and then back to the emails. Until next time that is…